Penn State alum Stefen Wisniewski announced Thursday on Twitter that he signed a free-agent deal with his hometown team, the Pittsburgh Steelers. 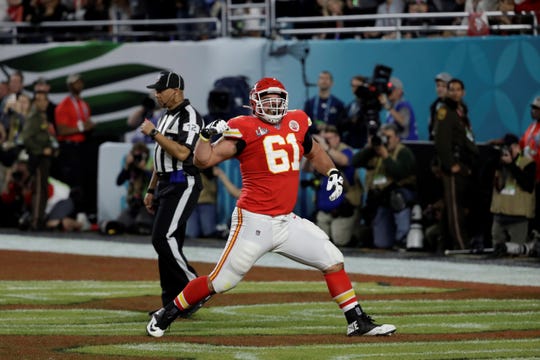 The nine-year NFL vet — who spent last season with the Kansas City Chiefs — announced Thursday night on Twitter that he signed a free-agent deal with his hometown team, the Pittsburgh Steelers. According to NFL.com’s Tom Pelissero, who cited a source, the contract was for two seasons.

The financial terms of the deal have not yet been disclosed.

Wisniewski served as a backup offensive guard for the Chiefs during the regular season last year, before taking over for an injured Andrew Wylie, who eventually became a healthy scratch. The 30-year-old Wisniewski started every game of the postseason during the Chiefs’ Super Bowl-winning run.

He was also a member of the Philadelphia Eagles in 2017 when they won Super Bowl LII.

Wisniewski was a 2010 All-American at Penn State and a two-time first-team all-conference selection. He was a second-round NFL draft pick of the Oakland Raiders, where he played until signing with the Jacksonville Jaguars in 2015. From there, he went to Philadelphia for three seasons, Kansas City for one — and now Pittsburgh.