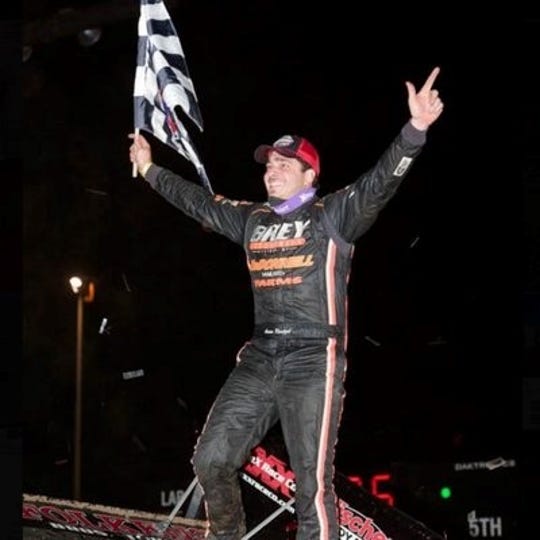 Reutzel collected $5,000 for his flag-to-flag victory in the 30-lap event.

Danny Dietrich finished second after chasing Reutzel for much of the distance, with Freddie Rahmer in third after starting seventh. Dale Blaney and Brian Brown completed the top five. Rounding out the top 10 were Givanni Scelzi, Mike Wagner, Dillsburg's Anthony Macri, Cory Eliason and Dylan Cisney.

Drew Ritchey led all but one lap of the 25-lap 305 sprint feature. The win was Ritchey's first at a speedway where his grandfather scored seven career sprint wins in the 1960s. Ryan Lynn finished second, with Scott Lutz, York Haven's Dave Grub and Jaremi Hanson in the top five.