Williams Grove Speedway will hold the richest race in track history in October. The winner of the National Open at the Grove will pocket $65,000. 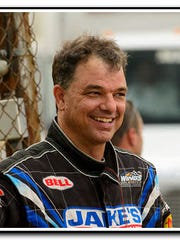 Lance Dewease will be among those honored this weekend at Port Royal Speedway during the running of the Tuscarora 50. The event will pay $50,000 to the winner. (Photo: PHOTO COURTESY OF LANCEDEWEASE.COM)

Williams Grove Speedway will hold the richest race in track history in October.

The winner of this year's 57th annual Champion Racing Oil National Open for the 410 sprint cars at the Grove on Saturday, Oct. 5, will pocket $65,000.

The announcement was made in a speedway news release on Wednesday evening. The release said it will be the biggest cash payout ever for a sprint race in the East.

“Since 1939, for decades and decades, Williams Grove Speedway has represented the pinnacle of the sport of sprint car racing in the East,” said Williams Grove owner Kathy Hughes in the news release. “Fans and drivers look to us and expect us to carry the torch high for the sport as the premier arena for sprint car racing in the East and taking this step just perpetuates and broadens our legacy as the leader in the industry on the East Coast.”

The 40-lap Oct. 5 race will feature the World of Outlaws NOS Energy Drink Sprint Cars Series drivers, as well as the Pennsylvania Posse sprint stars. It's part of a two-day show that starts Friday, Oct. 4. Friday's event will pay $10,000 to win.

In addition to the boost in pay announced for the National Open, the speedway has also now posted an $8,000 paycheck to win the Friday, Sept. 27, National Open World of Outlaws Tune-Up.

Save for two years when rains forced postponement, the World of Outlaws has sanctioned the Open every year since 1989.