The Delone Catholic girls' volleyball team rallied for a 3-2 victory over Lancaster Mennonite on Thursday evening in a District 3 Class 2-A semifinal. 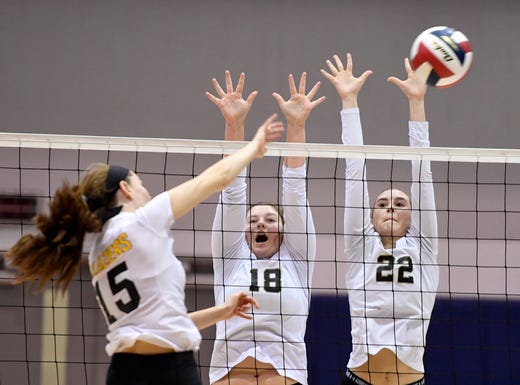 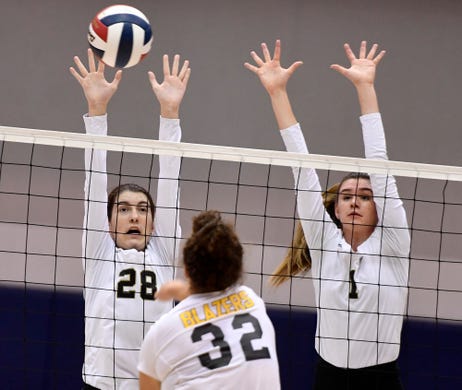 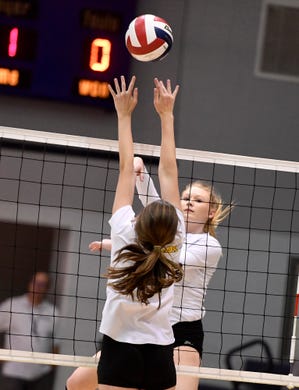 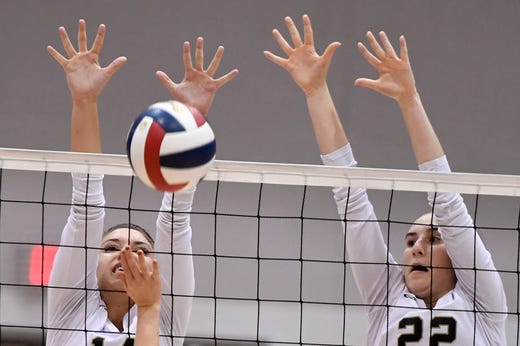 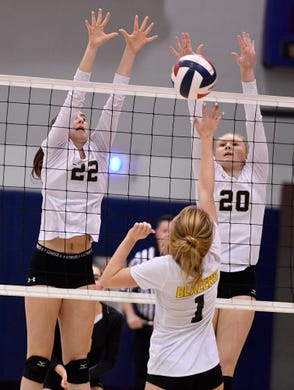 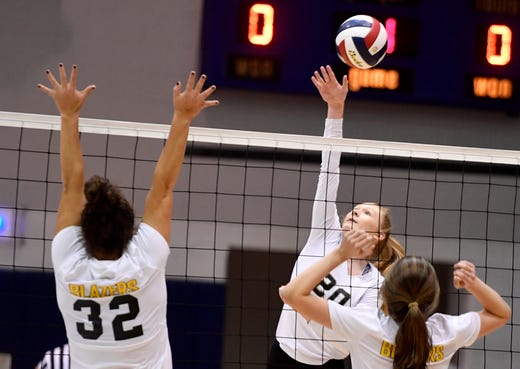 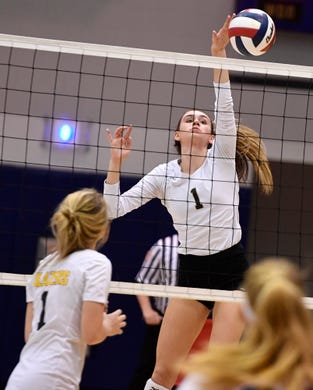 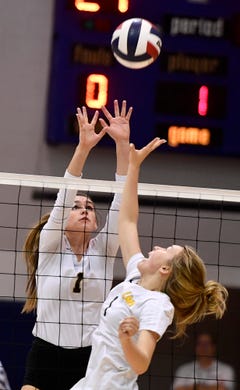 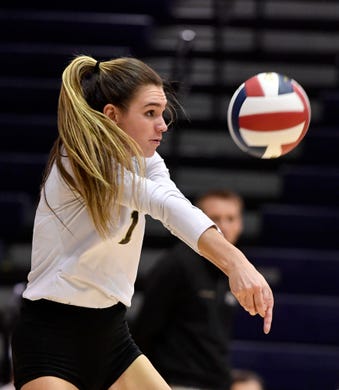 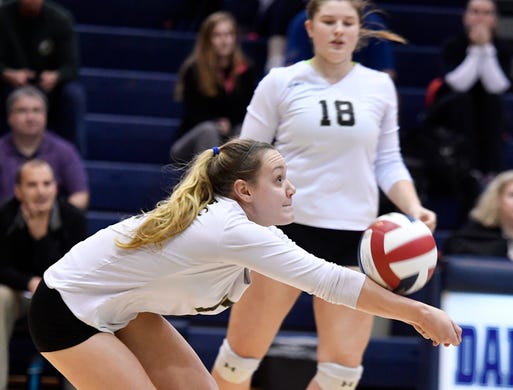 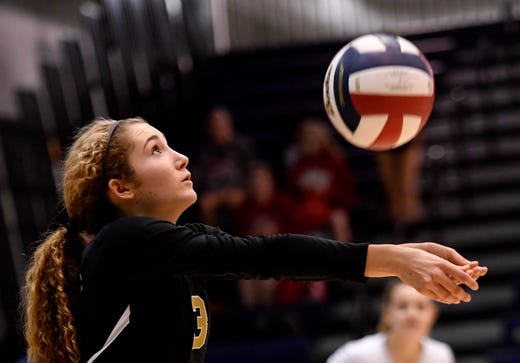 Delone Catholic libero Lauren Trimmer bumps the ball up to her teammates as the Squirettes face Lancaster Mennonite in the District 3 Class 2-A volleyball semifinal, Thursday, November 1, 2018. John A. Pavoncello photo`` The York Dispatch
Fullscreen 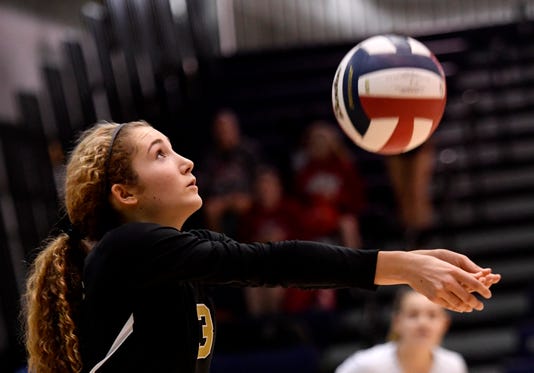 Delone Catholic libero Lauren Trimmer bumps the ball up to her teammates as the Squirettes face Lancaster Mennonite in the District 3 Class 2-A volleyball semifinal, Thursday, November 1, 2018. John A. Pavoncello photo``(Photo: The York Dispatch)Buy Photo

DALLASTOWN — Meeting for the third year in a row in the District 3 Class 2-A girls’ volleyball semifinals, the Delone Catholic and Lancaster Mennonite squads were clearly familiar with one another.

After sweeping the Blazers the last two years, the two-time defending district champion Squirettes were met with a much bigger challenge the third time around.

Fortunately for the York-Adams League Division III co-champs, when the pressure was ratcheted up the Delone girls responded.

The Squirettes (20-3) advanced to the District 3 2-A final at 3 p.m. Saturday at Central York vs. top-seeded York Catholic (18-2). York Catholic beat fourth-seeded Trinity in the other semifinal on Thursday, 3-1. Delone and York Catholic split their two regular-season matches.

Leppo’s squad was seriously challenged by the Blazers (15-3) from the start. Delone briefly held a two-point lead early in the first set before Mennonite found its groove behind standout Bryanna Miller. Miller was able to put balls away on the attack and was a force at the service line all night.

“Bree was just fantastic for them tonight,” Leppo said. “She was just lights out.”

Miller, however, rolled her ankle early in the pivotal fifth set with Delone leading 5-1. That put a severe damper on any chance Mennonite had of coming back.

“It was just a shame that she rolled her ankle there,” Leppo said. “She’s a really great kid and you hate to see anybody’s season end like that.”

Leppo’s squad clearly didn’t want to see its season end, either. After losing Set 3, 25-22, a more focused and determined team took the court in Set 4. Delone started with a 7-1 run to set the tone. Once it was set, there was very little the Blazers could do.

Set 5 was pretty much the same. The Squirettes stormed out of the gates early on, and after Miller rolled her ankle, the Blazers found it nearly impossible to put balls away.

Conversely, Leppo’s squad was doing that with a lot more regularity, with Lawyer and Clabaugh taking charge.

“When they both get rolling, they’re tough to stop,” Leppo said.

The Mustangs, who have already clinched a PIAA state berth, will compete in the district third-place match on Saturday at a site and time to be determined against top-seeded Hempfield (19-1), which dropped a 3-0 decision to fourth-seeded Cumberland Valley (15-2) in the other 4-A semifinal.