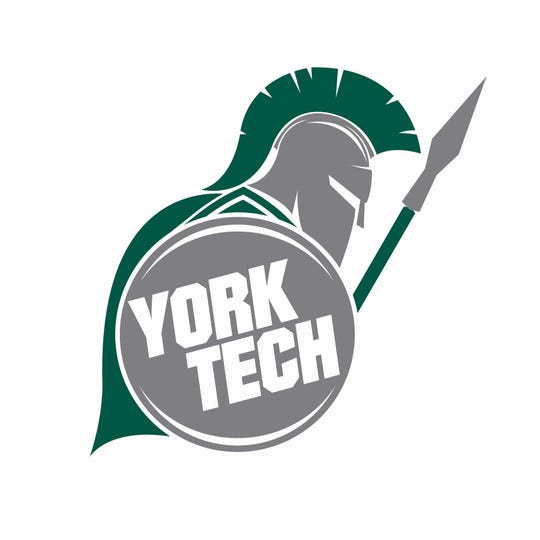 The school’s athletic director, Rob Caruso, sent out an announcement earlier this week that Tech is looking for a head coach for its varsity girls’ basketball program for the 2020-21 season.

In recent years, female players at Tech have competed for the York Country Day program under a cooperative agreement permitted by PIAA rules. Under that co-op, YCD was the host school and hired the head coach.

Caruso said that last year Tech had 14 players competing on the YCD team.

New gym coming: Now, with the opening of a new gymnasium set for October, Tech has decided to restart its own girls’ basketball program.

“(Before the opening of the new gym) we did not have the facilities for all our winter sports teams to practice without going to an additional practice time of 7:45-9:30 p.m., nor did we feel we could have been able to schedule all the events in our present facility,” Caruso said in an email.

“Since we are a county-wide system with no middle school or elementary gyms to use, our kids would be getting home really late and they would not be able to go home before late practices because of distance.

"Also, If you build a new gym and you don’t include the girls? I surely would not stand for that if it would be my daughter playing.

“We do, and have had, freshman girls’ basketball here for years. (After that, however) the girls would have to go to YCD to play for their 10th-, 11th-, 12th-grade years.”

Past struggles: According to records at The York Dispatch, Tech has not fielded its own girls’ basketball program in the York-Adams League since the 1992-93 season, when the Spartans finished 0-18 overall and 0-16 in Y-A D-II. Before that, Tech last fielded a girls’ team in the 1986-87 season. That team was also winless in league action.

Under co-op rules, the school’s classification for PIAA purposes is determined by the enrollment of co-op members added together. Because Tech is a large-enrollment school, the YCD-Tech co-op team was considered a 6-A school — the largest classification in PIAA competition. The team’s schedule, however, featured almost exclusively smaller schools, mostly from Class 1-A.

Playing as an independent: Caruso said the new Tech girls’ team will not be a Y-A member, at least not at first. Instead, Tech will be considered an independent program. They could rejoin the league down the road.

Caruso also said that the Tech-YCD co-op could continue, with Tech now considered the host school, but that also is yet to be determined. YCD, which is a 1-A program in boys' basketball, may opt to operate its own program if it can attract enough girls.

Caruso said he expects Tech to have plenty of girls to field both varsity and junior varsity teams next year.

Tech has long fielded a boys' team, which competes in Y-A Division III and PIAA Class 6-A. This year's Tech boys' team finished 5-15.

The school, in its employment announcement, said it would like the new leader of its girls’ program to have previous head-coaching experience

Her total of 283 for the season was the second best in program history. The 5-foot, 11-inch standout was recognized for her accomplishments recently at a banquet by head coach Kevin Klunk.

She also averaged 12  points per game, leading the team in scoring.