York County basketball official Kevin Lawrence wears a microphone to show what it's like to be a youth official. York Dispatch 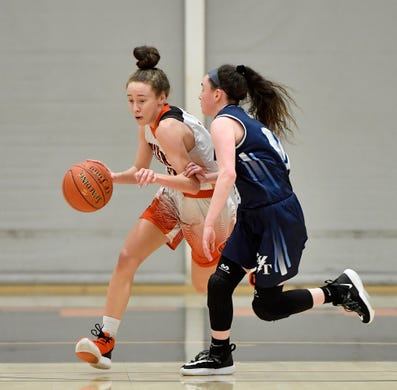 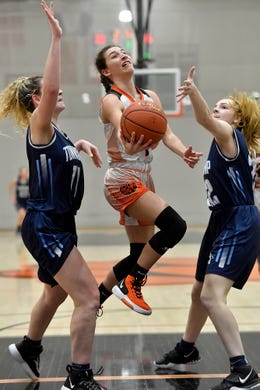 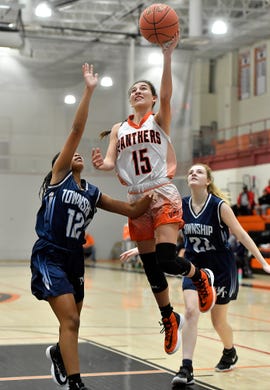 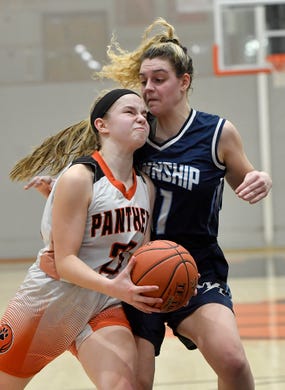 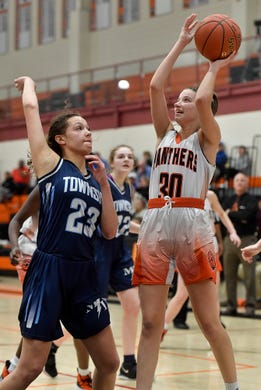 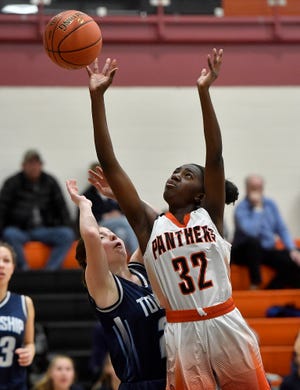 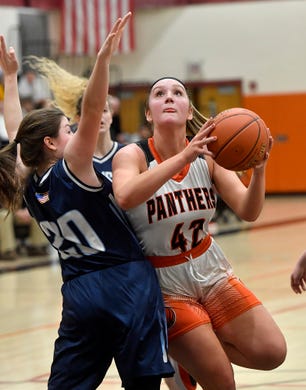 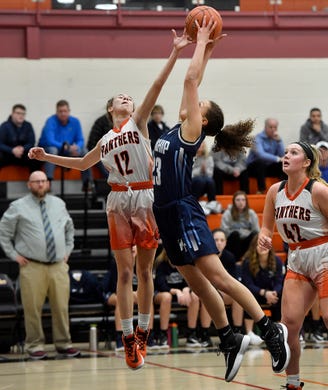 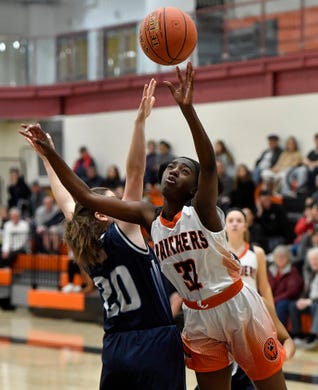 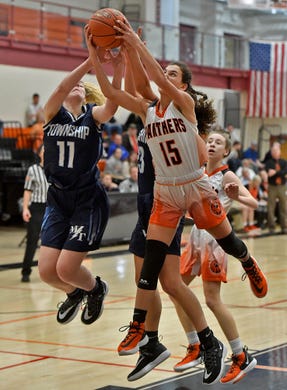 Central York's Georgia Panopoulos snags a rebound from Manheim Township under the Panther's net during the District 3 Class 6-A quarterfinal, Thursday, February 20, 2020. John A. Pavoncello photo The York Dispatch
Fullscreen 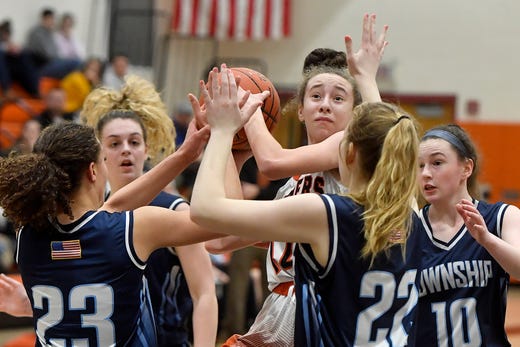 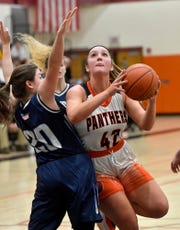 EMIGSVILLE – After their 15-game winning-streak was snapped in heart-breaking fashion in the York-Adams League basketball semifinals, the Central York girls were understandably upset.

“We came in and practiced the night after (that loss) and kind of did some light stuff,” CY head coach Scott Wisner said. “But the kids were really chippy. They were irritated.”

Wisner gave his squad some time off to allow the sour taste of that 34-32 setback to Division II champion Gettysburg to dissipate.

When the Panthers returned to practice earlier this week, Wisner was pleased with what he saw.

That pleasure carried over from three days of practice into the District 3 Class 6-A semifinals against Manheim Township Thursday evening at Central York High School. The team that rolled to the Division I title on the back of that 15-game streak was intense, determined and confident on Thursday.

Led by big nights from junior Sarah Berman and freshmen Mackenzie Wright-Rawls and Bella Chimienti, the third-seeded Panthers (20-4) cruised past the sixth-seeded Blue Streaks, 44-26, to earn a spot in the district semifinals. It also clinched a state playoff berth.

Wisner’s crew will face No. 2 Cumberland Valley at 7 p.m. Monday at CV. The Eagles (18-3) had a similarly dominating 55-26 victory Thursday against No. 7 Hempfield to earn a berth to host the semifinal clash.

“We played well (offensively) at times,” Wisner said. “We were up, what, 8-6 after the first quarter, but I felt it should have been more like 16-6. We had good looks and played solid defense, but then we got to the second quarter and we really played well.”

The Panthers outscored Manheim Township 17-7 in the second period to enter the intermission with a comfortable 25-13 advantage.

“We moved the ball good, especially against their zone, in the first half,” said Berman, who led the Panthers with 14 points. “We’re playing really unselfishly this year and are just looking to get the best look. And fortunately for us, they were falling tonight.”

Defense was key: As well as Wisner’s squad played in the second quarter — a stanza in which the Panthers connected on five 3-pointers — the CY girls probably played better overall in the third period.

While only managing eight points in the frame offensively, the CY defense limited MT to two points.

“The second half was really controlled by the defense,” Wisner said. “And we just did enough offensively.”

The only real bright spot for Manheim Township (18-7) all night was standout Katie Bushong. Bushong accounted for 18 of her team’s 26 points, 11 of which came in the first half.

Getting ready for Jekot and CV: Taking on a player the caliber of Bushong, who scored her 1,000th career point earlier this season, probably was a blessing for Wisner and his crew, who will have their hands full Monday with Cumberland Valley’s Julie Jekot.

Jekot, who is following in the footsteps of her two older sisters, Kelly and Katie, already has committed to play at NCAA Division I La Salle University next season.

“She’s a fantastic guard,” Wisner said of Jekot. “She’s probably going to control the action for them and they have some really good bigs as well. Fortunately we played (Bushong) tonight, so we’re probably going to have a similar situation and do some of the same things we did defensively tonight.”

“It’s going to be a tough game,” Berman added. “But we’re looking forward to it.”

Wright-Rawls finished with 10 points while Chimienti tallied nine for the Panthers in the triumph.

Red Lion also wins in 6-A girls: Central's York-Adams Division I rival, Red Lion, also advanced to the district 6-A girls' semifinals with a 29-27 quarterfinal triumph at Gov. Mifflin in a defensive struggle.

The Lions will next travel to top-seeded Central Dauphin at 7 p.m. Monday in semifinal action. Central Dauphin (24-1) beat Y-A playoff champion Dallastown, 45-35, on Thursday. Ninth-seeded Dallastown fell to 19-8. D'Shantae Edwards and Bria Beverly each had 11 points for Dallastown.

In a consolation battle at 7 p.m. Monday, Dallastown will travel to Gov. Mifflin.

The Lady Irish were hurt by 6 for 24 shooting at the foul line. They also had 18 missed layups and 28 turnovers. It ended YC's run of 14 straight appearances in the District 3 finals. The Irish won't make states for the first time since 2006.