The York-Adams League girls' basketball semifinals set for Tuesday night have been postponed. The games are now scheduled for Wednesday night. 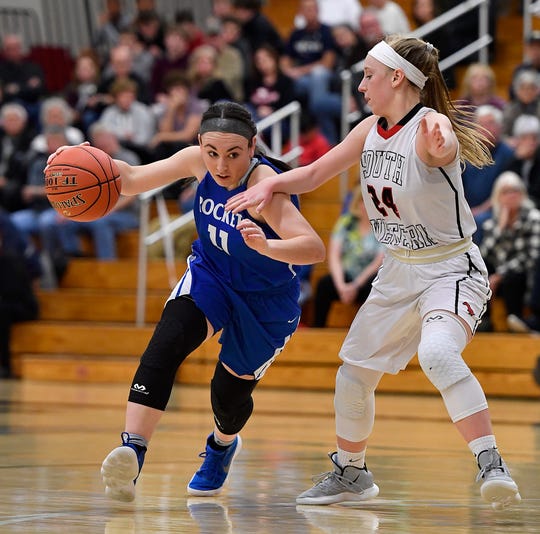 Because of this week's winter storm, the York-Adams League girls' basketball semifinals set for Tuesday night have been postponed.

The games are now scheduled for Wednesday night.

The site and times remain the same. The girls' semifinals are still set for Dallastown High School.

The Y-A girls' championship game remains set for 7 p.m. Thursday at York College. That means the semifinal winners will not have a day of rest, or any practice time, to prepare for the title game.

The boys' championship game is set for 7 p.m. Friday at York College.

Zurin caught 35 passes for 860 yards and 12 touchdowns for the Golden Knights. He was also named an all-state wideout by PAFootballNews.com in the website’s inaugural list.

Suburban, Susky ranked as top sports schools: A ranking by Niche.com, a website that ranks high schools on several different metrics, has two York County schools on its list of the top 25 best public high schools for athletics in Pennsylvania.

Susquehannock, which was given an A grade, was ranked No. 24 on the list.