From a preferred walk-on at NCAA Division II California University of Pennsylvania and undrafted in 2012, Erik Harris has realized his NFL dream. 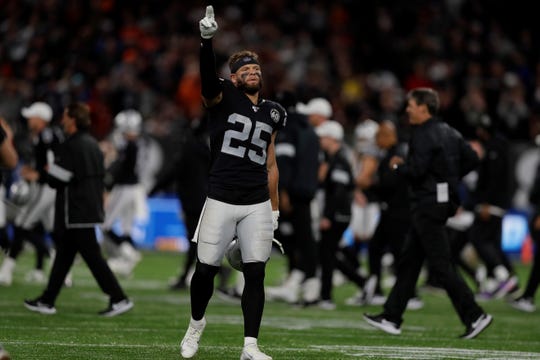 After he wasn’t selected in the 2012 NFL draft, Erik Harris found himself back where he spent so many days as a kid.

The 2008 New Oxford High graduate was working out on the school’s fields, where he once starred, when a phone call came from his former agent. The call created yet another hurdle for Harris to clear to achieve his dream of playing in the NFL.

“He told me, ‘Hey, I think it’s best if you think about a different career,’” Harris said by phone. “After I got the phone call, I just ran back to the hill we used to run for track and I kept running the hill until I couldn’t run anymore. I sat down, broke down and cried.”

Seven years later, Harris has proven all his doubters, including his former agent, that they were wrong. The 29-year-old Harris is now a starting safety for the Oakland Raiders. It took his faith, support from his family and an unwavering belief that he was destined for the NFL to get to this point.

See the rest of the team below! #RaiderNationhttps://t.co/qP7dFJreR8pic.twitter.com/OEJAcqaBWL

Humble beginnings: Harris was born in Los Angeles, California, and moved to Baltimore, Maryland, with his mother, Christine Higgins, when he was a few months old. In fifth grade, they moved to Pennsylvania and spent time in Gettysburg before ending up in New Oxford.

At New Oxford, Harris was a standout football player, but was even better for the track and field team.

He finished in the top three in the district and state championships his junior and seniors years in the long jump and received more interest from colleges to join their track and field teams rather than their football programs.

Harris said that some of the notable colleges that showed interest in him were Penn State, Ohio State, Notre Dame and Duke. He said he considered trying to walk on to the football teams at one of those schools, in addition to his track and field duties, but decided against it.

Harris said the lack of interest from the football programs was partly a mistake on his part for not taking his grades seriously enough.

That's when Higgins stepped in.

She sent a letter, clippings from newspapers featuring Harris’ accolades and his highlight tapes to NCAA Division II California University of Pennsylvania.

The program was out of scholarship money, but offered Harris a preferred walk-on spot.

Learning life lessons: Still, however, the NFL didn’t take notice and Harris wasn’t drafted in 2012. During his time preparing for the draft, and training to find a team interested in him, Harris worked two jobs, which only fueled his fire not give up on his dream.

He spent a summer as a corn mixer at the Utz potato chip factory and another as an overnight supervisor at UPS while finishing his degree in criminal justice.

Some drafted, some UDFA, some invited to mini camps after their senior year. I was back home humbly making these. A degree and 3 years of CFL experience later I finally got my opportunity. #ImHereNow#ADVERSITY#FAITH#RaiderNation@UtzSnackspic.twitter.com/rLoe7MG7eN

“It kept me grounded, it kept me humble,” Harris said. “I feel like a big part of me is how resilient I can be and how persistent I can be. I always tell people, ‘Only you can stop you.’” 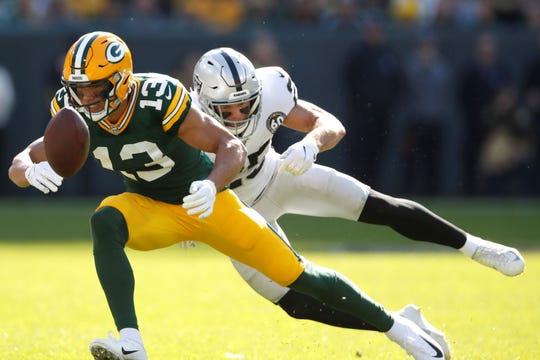 O Canada: Harris got his chance to continue his football career early in 2013. A friend told him about a tryout for the Canadian Football League in Buffalo, New York, so Harris made the drive and paid the $80 tryout fee.

Two days later, he signed a contract with the Hamilton Tiger-Cats. Harris reached the CFL Grey Cup final twice during his time with the Tiger-Cats, but a relationship with a fellow defensive back was the most important part of his time in Canada.

Harris and Delvin Breaux both signed with Hamilton in 2013. In 2015, Breaux signed with the New Orleans Saints and didn’t forget about his friend and teammate. Harris said Breaux continued to pester the Saints’ coaches to give Harris a look.

Reaching the dream: It eventually worked. Harris signed with the Saints on a reserve/future contract in February 2016. He made the team and was active for the team’s four games before the bye week.

GameDay WhoDat Nation! Good luck to my brothers playing today. Y'all are well prepared and well coached for this moment/opportunity. Have fun and stay in the moment. Handle the adversity! Prayers for a healthy game on both sides. Now let's get this W. #GloryBeToGod #WhoDatNation #30⚜️ #Blessed #DivisionGame #BeatThePanthers

Harris flew home to rent a U-Haul and move his family to Louisiana during the bye week. The first time he stepped back on the field, Harris tore his ACL in practice and was placed on injured reserve.

“It was devastating,” Harris said. “I looked at it as an opportunity and a challenge to get better each day.”

The 6-foot, 2-inch, 220-pounder rehabbed the injury, but before the beginning of the 2017 regular season, the Saints cut Harris.

Finding his home: After a few days of wondering what opportunity would present itself, Harris was bound for the city where his professional career began. Sitting at the airport waiting to board a plane to work out for the Buffalo Bills, Harris got a phone call from his agent at the time.

The Oakland Raiders called and wanted to sign Harris. He talked to the Raiders and the team got his flight changed to Oakland immediately because the first game was a week away.

Now, Harris had the pleasure of telling his family and friends the news while becoming the only person in the history of airports to have a smile on his face while trying to locate their luggage and wait two hours at a terminal.

“If I don’t have my bags, who cares? That’s the last thing I worried about,” Harris said. “I would wear the same clothes all week if I had to. I am going to be on another 53-man roster with an opportunity. I was super happy and super thankful for it. It was life changing.”

Following two seasons in Oakland where he recorded 54 combined tackles and two interceptions, Harris signed a two-year extension to stay in Oakland in March, which could be worth as much as $6.5 million and includes $2.5 million guaranteed. This season, as a starter, he's registered 30 total tackles, including 28 solo hits. He's also returned an interception for a touchdown.

We have signed Safety @e_harris_31 to a two-year contract.

Not done yet: After years of battling adversity and odds that seemed insurmountable, Harris has reached the dream he set out for himself so many years ago.

He doesn’t hold any resentment toward those who tried to stop him along the way. His belief in himself is greater than any of the challenges he battled along his journey. For anyone who still doesn’t think he belongs in the NFL, it just adds more fuel to his fire.

“I don’t need anybody to tell me what I can and can’t do because I have full confidence in myself and my ability,” Harris said. “Nobody should ever put limitations on another person. I have heard all my career, ‘He is good at this, but he is not great at this, and he is just a special teams player if he gets to the NFL.’ Some people are bothered by it, I am always motivated by it.”