With York-Adams Division I All-Stars returning at quarterback, running back and wide receiver, Northeastern is ready to put up points in 2019. 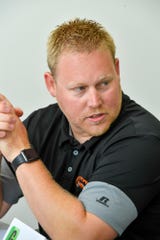 With York-Adams Division I All-Stars returning at quarterback, running back and wide receiver, Northeastern coach Jon Scepanski knows what he can expect from his offense this season.

Back together this season, Sanderson said the key to improving this season is getting everyone on the same page. With some new offensive linemen replacing a pair of Division I All-Stars in Carter Puryear and Kelvin Brown, Sanderson is focused on coaching up the younger guys. 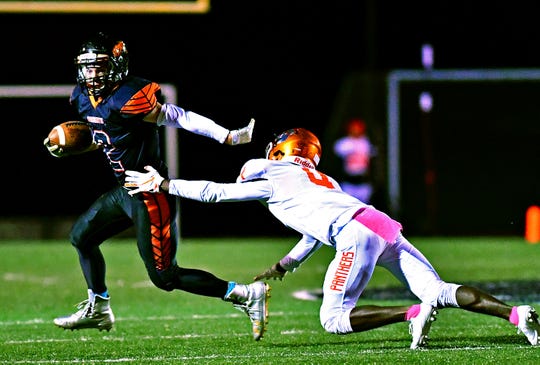 “Keep working hard and try to put in as much work as you can,” Sanderson said. “Just try to keep motivating them every day.”

For Scepanski, the biggest issue getting the underclassmen up to speed is the difference between the atmosphere of a junior varsity game and playing under the lights on a Friday night.

“It’s just the transition from a ninth-grade game, where you come and there’s maybe a hundred people in the stands, then you come to a Friday night game and there’s thousands of people in the stands,” Scepanski said. “It’s getting them to understand the importance of everything and how real this is (and) how this sport is the focus of the school.”

With all eyes on who the Bobcats put on the field once the season starts, Scepanski said there are open spots in the starting units that are there for the younger players to take, if they are ready to earn it.

“We have some open holes, and it’s rightfully their job as much as it is everybody else's,” Scepanski said. “The ones that want to commit and put in the hard work over the summer are right there fighting for that job.”

That philosophy — doing more and going harder than your competition — is something Scepanski wants his team to continue to follow once they start going against teams in different color jerseys.

Those who meet that challenge will find themselves under the bright lights with the fans cheering for them on Friday nights this season.

“You put the work in and you bust your butt, the job can be yours,” Scepanski said.

Following is a capsule preview of the 2019 Northeastern season.