A strong returning contingent gives the Biglerville Canners hope that they'll enjoy a turnaround season on the football field in 2019. 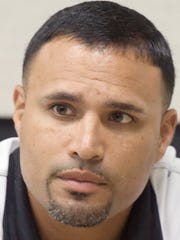 While most of the York-Adams Division III teams are seeking to find a replacement at the quarterback position, the Biglerville Canners will begin the 2019 season with two-year starter and senior Cage Althoff under center.

Alhoff, however, is but one of a core group of seniors and juniors who have taken their lumps over the previous two seasons. That group includes fullback Kalen Sharrah, tight end Nick Wright, running back Josh Horner and lineman Jonathan Sanchez.

While the experience — Biglerville was just 3-17 the past two years — wasn’t generally positive on the field, the lessons learned from those struggles may pay dividends this season. Sharrah and his teammates believe that will be the case.

“We were a very young team,” Sharrah said. “A lot of us started when we were freshmen and sophomores and I think having that experience will be a bigger game-changer because we’ll make our reads a lot easier and things like that.”

Besides a better understanding of the team's offensive and defensive concepts, Sharrah says that this team has a different feel this summer.

“People just want to get after it,” he said. “Maybe in prior years we were a little lackadaisical and things like that.”

Sharrah attributed the newfound work ethic with a theme that many teams espoused on York-Adams League Football Media Day — hunger.

Following is a capsule preview of the 2019 Biglerville season.