By the numbers: Seven York-Adams football stats to remember after two weeks of action

By the numbers: After two weeks of play, here are seven interesting stats for York-Adams League teams and players.

By the numbers: Seven York-Adams football stats to remember after two weeks of action 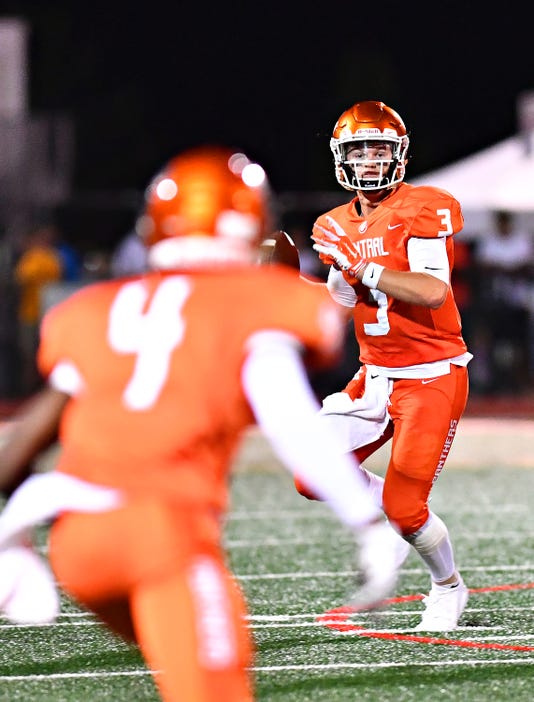 August football is over, and most teams are probably happy. The temperature will start to cool down, and league play is only a week away.

Now, someone just has to get Mother Nature under control. She reared her ugly head last week, postponing several games involving Y-A teams, and she may open up the heavens on south central Pennsylvania again this Friday.

Doesn't she know it's football season?

While local football fans hope Mother Nature cooperates, here is a rundown of seven intriguing stats from Y-A teams and athletes after two weeks of play.

Seven: York High's Dayjure Stewart is one of the best players in the Y-A League, and the senior running back is playing like it so far this season.

Seven is the number of touchdowns Stewart has scored, to go along with 393 yards rushing. He leads all Y-A players in TDs, rushing yards and yards per carry to lead the 2-0 Bearcats.

Delone Catholic leads with eight takeaways to only one giveaway. York High and Spring Grove both follow with differentials of three, while Central York, Northeastern and York Catholic round out the list at two, one and one, respectively. Unsurprisingly, the six teams are a combined 9-3.

Five: A handful of schools are averaging 35 or more points per game this season. York High leads the way with a whopping 59 points a game, and Delone follows suit with 54.5 points after dropping 62 on York Suburban last week.

Four: While high school football is more of a ground game, there are several Y-A quarterbacks who can air it out.

Four signal callers have thrown for five or more TDs, and it's no surprise that all four of their teams are undefeated.

Three: Staying under center, this fun fact is one of the more remarkable ones so far this season.

In his first year as a varsity football player, Seitz has thrown more TD passes (eight) than three Y-A teams have passing completions. Fairfield (four completions in one game), Kennard-Dale (four) and York Catholic (seven) each has fewer completions than Seitz has TDs.

Two: With the style of football in high school, most top wideouts tend to have high yards after the catch numbers and lower reception totals in comparison to the college or pro ranks. 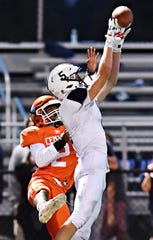 Two Y-A wideouts are breaking that mold this season, though. West York's Andrew LaManna and Littlestown's Jacob Thomas are the only two local pass-catchers to have double-digit receptions. LaManna has 12 catches for 146 yards and one TD, while Thomas has brought in 10 passes for 101 yards and two scores.

One: York High has been in this roundup a few times already, and for good reason. The numbers the Bearcats have put up in their wins over Reading and McCaskey are outstanding.

Through two weeks, York High is the only Y-A team to amass more than 1,000 yards of total offense. With athletes such as Stewart, Seth Bernstein and Rob Rideout, the Bearcats have accumulated 1,047 yards in two games.

Excluding Fairfield, which didn't play last week, every Y-A team has turned the ball over at least once this season. Even undefeated teams such as Delone, Central and York High have made their share mistakes on the young season.