Wednesday's York-Adams League Senior All-Star Boys' Soccer Game gave two of the players an opportunity to reflect on a season of accomplishments. 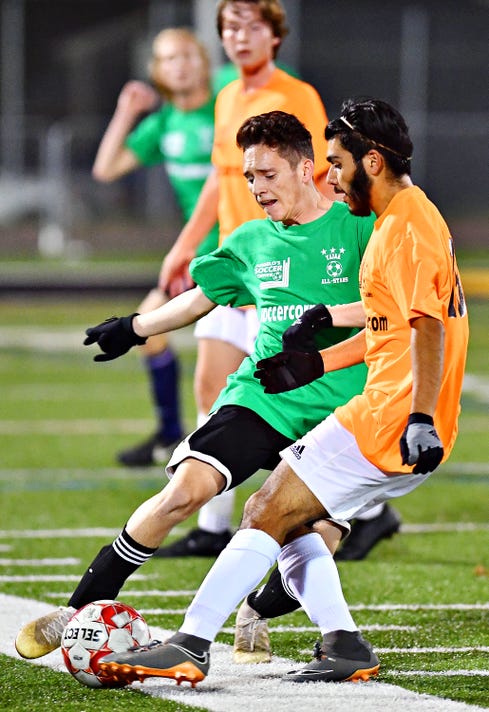 The feeling was understandably bittersweet for DeMarco, who was recently named the York-Adams League Division III Player of the Year by the division coaches. It came after a season-ending 4-1 loss in the first round of the PIAA Class 1-A playoffs against Moravian Academy.

Wednesday night, however, DeMarco was all smiles when he suited up to participate in the annual York-Adams League Senior All-Star Game at Red Lion High School.

“That was a long night,” DeMarco said of Tuesday's loss. “But (the bus ride home) was all good vibes. We were all just looking back at a great season.”

The Irish and DeMarco made both the league and District 3 postseason draw, reaching the title game in the latter.

“That was just a dream come true,” DeMarco said. “Even though we didn’t win, it was still a good experience to play in it.” 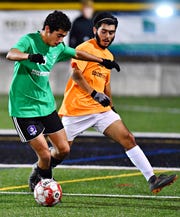 That was also the case on Wednesday evening, when DeMarco and his three fellow senior teammates (Ethan Higgins, Bryan Bullen and Vincen Nguyen) joined seniors from Delone Catholic, Fairfield and Littlestown along with the teams from Division I as the Green Team all-stars. The Orange team was comprised of all of the Division II teams as well as Biglerville and Bermudian Springs. The Green Team won, 3-1.

“This is just incredible,” DeMarco said of playing in the all-star contest. “To be here with most of my team and a lot of my friends from the other schools. It’s just great and I know it will be a great experience.”

A rebound season for Slater: Playing along with DeMarco on the Green Team was Casey Slater, who was named the Division I Player of the Year. The fact that the South Western senior was even playing this season was a remarkable feat considering that his junior campaign ended in tragic fashion.

“I just remember that I went into a tackle and so did the (Central) kid,” Slater said. “And he just completely missed the ball and just took out my leg. I broke my tibia and fibula, so I was out for the rest of the year.” 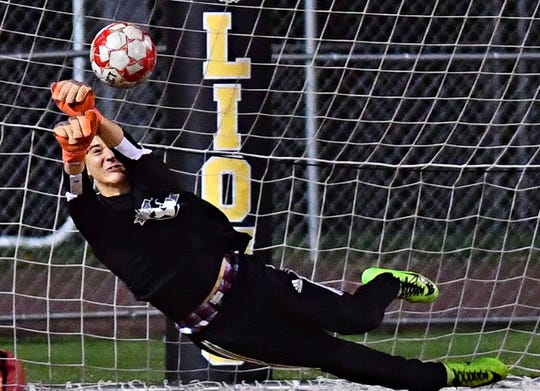 Slater worked tirelessly to return to the field this season while leading the Mustangs to a second-place finish in Division I behind Red Lion.

“I just started practicing about six months ago,” he said. “It was a lot of training to just get back to this point and it’s just all paid off.”

Slater was most proud of the fact that his team earned a District 3 4-A home playoff contest against Central Dauphin.

“We all just expected not to do as well as we did,” Slater said. “But then we got to counties and then districts, where we got our first home district game ever for soccer, which was pretty cool.”

Slater also thought that playing on the turf under the lights at Red Lion with all of the best senior all-stars in the league was pretty neat as well. 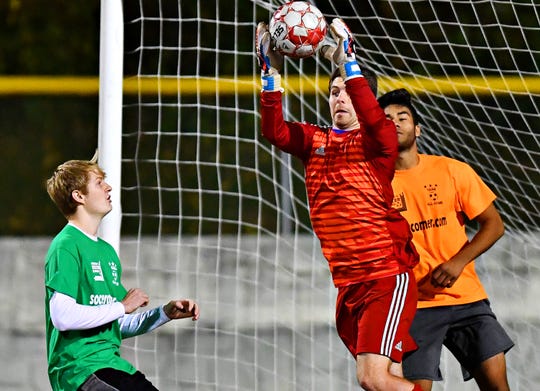 “This is just a lot of fun,” he said. “Just to play with against all of the kids that we competed against this year. Maybe more so the Red Lion kids, because it’s always so hard to beat them. We tied them and lost 1-0 the first time, so just looking forward to playing with them all.”