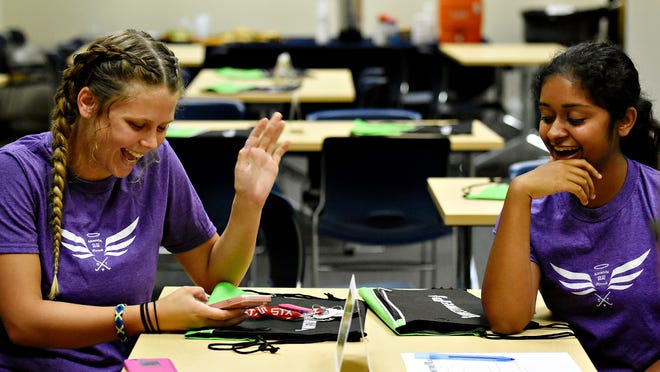 Members of last year's Central York boys' soccer team could only sit and watch as the final weeks of the PIAA season unfolded.

What the players and coaches learned was just how close they had come to being a team that could've made a state tournament run. Instead, however, they were left out of the field all together.

Soccer is a game of fine margins, and the 2016 Panthers know that all too well. You can't come closer to victory than the Panthers did in a pair of postseason games last fall, only to come up empty in both.

The first of those defeats came in the District 3 4-A semifinals, where the Panthers dominated play for all of regulation, through the first extra-time session and then at the start of the second extra-time frame. One chance on the counterattack from the Elizabethtown Bears, however, saw them slot home the game's only goal to secure a 1-0 win in double overtime to advance to the district finals.

The second loss came days later to Cumberland Valley when Central came even closer to a victory, but fell in penalty kicks, ending its season. A win in either of those two games would've put the Panthers into the state tournament. Instead, they were left at home.

"It makes you think of how close you really are to making a big run in states," head coach Frank Lenno said during York-Adams League Fall Sports Media Day on Thursday, Aug. 3. "Elizabethtown, who we handled for a big portion of that semifinal game, plays in the state finals."

Such narrow defeats can have one of two effects on a team — it can serve as motivation to be better the next time out, or it can linger and prevent the team from reaching its fullest potential.

The Panthers have had all offseason to cope with both losses, and they believe the bitter ending will serve as a motivator for this year. A definite answer, however, won't come until they actually step on the field for their first game this season in less than a month.

There's no doubt in Lenno's mind that his team is going to be good. Central is coming off a dominating performance in York-Adams Division I last year, going unbeaten and recording 11 wins in 12 league matches.

"Peaking at the right time, that's what we're looking for," Lenno said. "We know we're going to be good, but the question is 'when do you peak? When do you play your best,' and we want that to be at the end of the year, not at the beginning of the year."

Among the players returning from that team are senior midfielders Trace Becker, Danny Horner and Nick Starr. They'll have Carter Mummert and Alex McNair up top.

Big holes to fill: However, the Panthers will also need to replace two key figures from last year's team — Carter Luckenbaugh and Pierrce Miller. Luckenbaugh is playing for Bloomsburg University in college, while Miller is in Spain at a school where he'll eventually try to pursue a pro career.

Those two players are significant losses. Luckenbaugh was the backbone of the entire team, anchoring both the offense and defense from his midfield position, while Miller used his speed and skill with the ball to create numerous opportunities for himself and his teammates.

Still, despite those losses, Central should be good again this year. They just hope to have some more hardware to show for it.

The tough losses for Central didn't begin and end with districts. In the past two seasons, the Panthers have also fallen in the league championship game to Gettysburg. The Panthers have created a program in recent years that's had serious success, in terms of wins and losses, but relatively little to put in the trophy case.

That's what this year's team is out to change. Central isn't short on possibilities or expectations. The first goal may be finally getting over the hump and winning the Y-A League crown.

However, the ultimate goal isn't just to wipe away last year's disappointment, but to make this year an all-time great one for the program and accomplish something that's never been done before.