Here's a preview of the PIAA basketball games for the eight York-Adams League teams remaining in the playoffs. 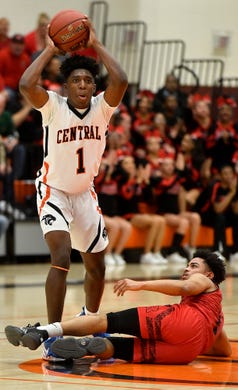 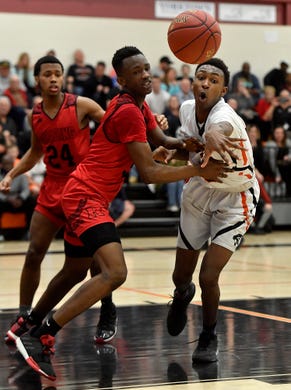 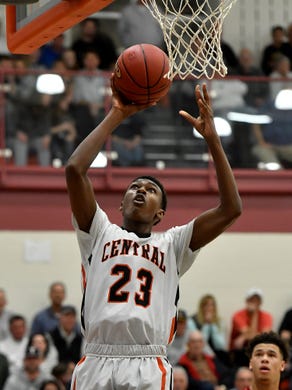 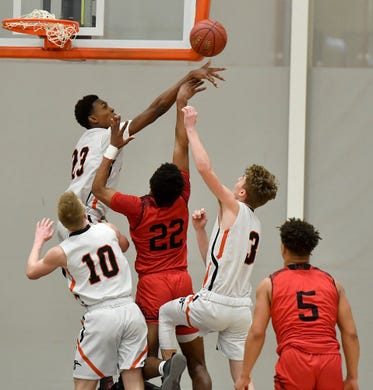 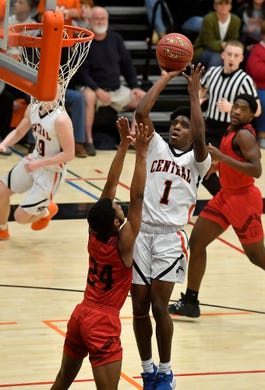 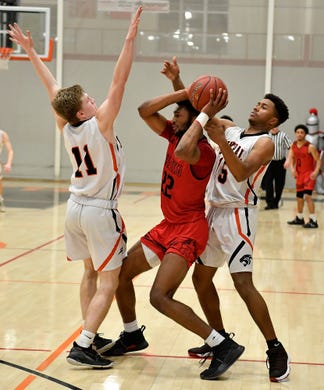 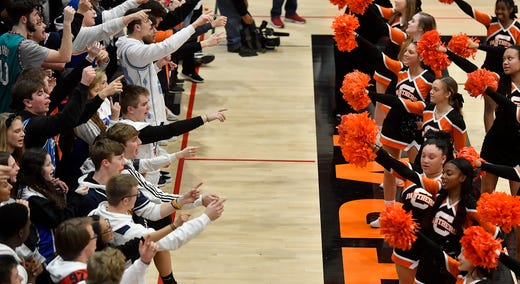 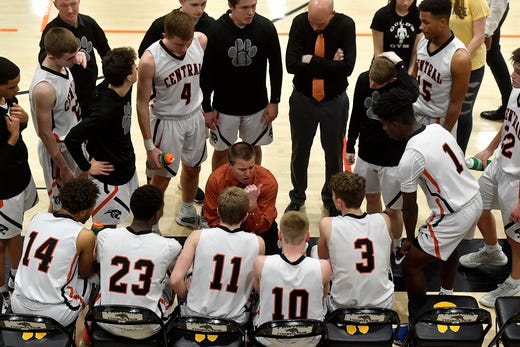 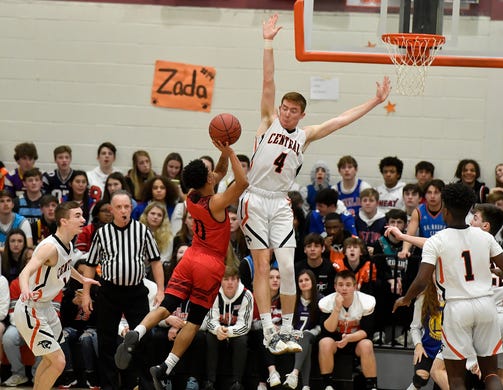 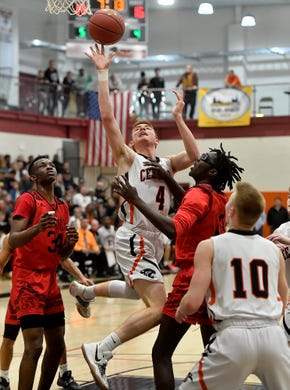 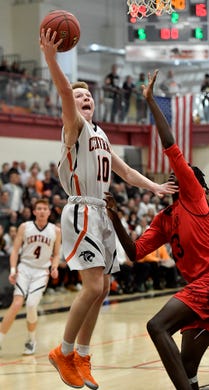 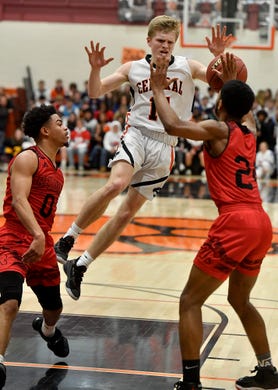 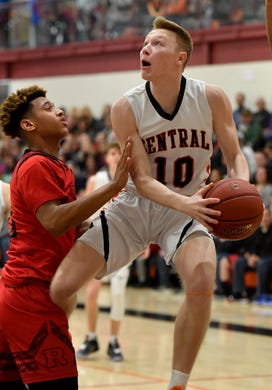 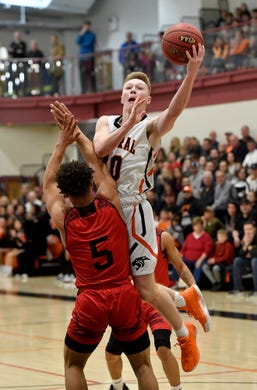 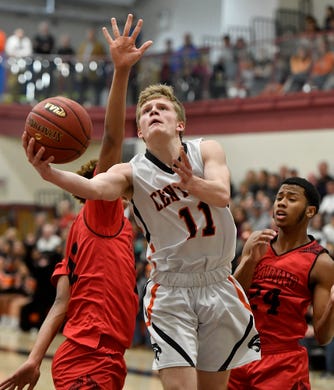 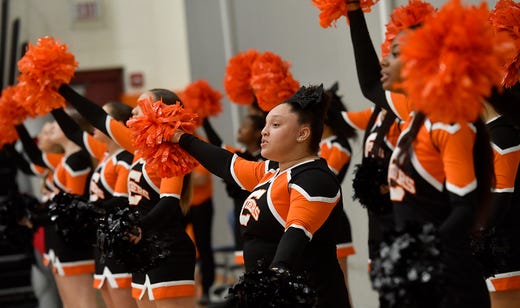 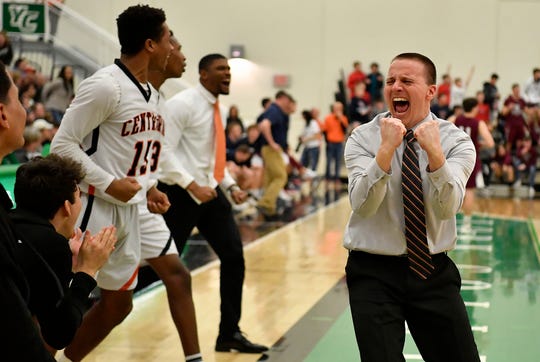 Now, however, the Panthers will have to go through a player with a potential NBA future to keep the good times rolling.

Central York (24-4) will face District 10 champion (Erie) McDowell (22-3) at Central Cambria High at 6 p.m. Wednesday. To advance to the PIAA Class 6-A quarterfinals, the Panthers will have to find a way to slow down McDowell junior William Jeffress Jr.

The 6-foot, 7-inch forward is listed as the No. 33 player in ESPN’s Class of 2021 rankings. He will graduate a year early, and according to his Twitter account, the schools he's considering are some of the elite programs in NCAA Division I college basketball, including Virginia, Villanova and Baylor.

Jeffress also won a gold medal with the Team USA under-16 squad at the 2019 International Basketball Federation Americas Championship in Brazil.

“He’s a stud,” Central York coach Kevin Schieler said. “He’s an all-around scorer. He’s a good passer too. (Jeffress is) super athletic and he’s going to be a handful.”

Schieler said the Panthers will dig up some of the old game plans they used to guard former Spring Grove High star and current Michigan junior Eli Brooks to combat Jeffress’ skills.

Gabe Guidinger, right, is one of the leading scorers on the Central York boys' basketball team, which has advanced to the PIAA Class 6-A Sweet 16. (Photo: Bill Kalina, The York Dispatch)

Schieler will not go into the game unarmed. He coaches a group of players who have already shared the York-Adams Division I title, won the Y-A League Tournament crown and finished third in the District 3 Class 6-A playoffs. The balanced Panthers have been led by Gabe Guidinger and Evan Eisenhart, who are both averaging just more than 10 points per game.

After already having achieved so much this season, Schieler wants to make sure that his team enjoys the playoff experience as a reward for what they've accomplished this year.

“Right now, we’re approaching this as playing with house money,” Schieler said. “This is all bonus, fun time for us. Obviously we want to win the game, we want our season to go on as long as it can and make this as historic a run as Central has ever seen, but we also know this is the second time in school history, and the first time in 36 years, we’ve been in the (PIAA) Sweet 16 and we want to make it as enjoyable and memorable as we can.”

Here are brief capsules on the other PIAA games involving Y-A teams:

York High (21-7) vs. Dallas (20-7) at Shamokin Area, 7:30 p.m. Tuesday: Both teams enter the Class 5-A contest coming off double-digit victories in the first round. Each squad has also shown the ability to score, with both teams scoring 69 points in their state wins. For the Bearcats’ season to continue, their patented defensive pressure will need to play a major role in slowing down the Mountaineers’ sophomore guard duo of Austin Finarelli and Nick Nocito. Dallas is the District 2 runner-up. York, the fifth-place team from District 3, is led by Cameron Gallon (11.6 ppg) and Branden Mutunga (10.2 ppg). 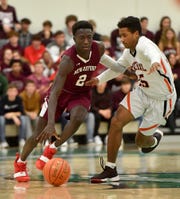 Abdul Janneh, left, is one of the leaders of the New Oxford High School boys' basketball team, which has advanced to the PIAA Class 5-A Sweet 16. (Photo: The York Dispatch)

New Oxford (22-5) vs. York Suburban (22-7) at Red Lion, 7 p.m. Tuesday: This battle of York-Adams League teams features a veteran Colonials squad and a young Trojans team. Led by seniors Abdul Janneh (15.0 ppg) and Brayden Long (15.1 ppg), New Oxford will try to continue its successful season with a win over the Trojans, who are led by junior Aidan Hughley (15.8) and sophomore Camden Brewer (12.0 ppg). These teams didn’t play this season, but Suburban went 0-2 against Central York and York High. New Oxford went 3-3 vs. those two teams. Suburban, the ninth-place team District 3, is coming off an upset of District 7 champion Laurel Highlands. New Oxford, the third-place team District 3, dominated Thomas Jefferson, the third-place team from District 7, in its state opener 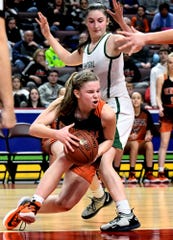 Central York (22- 5) vs. Central Bucks East (19-9) at Garden Spot, 6 p.m. Tuesday: After falling just short of a District 3 title, the Panthers pulled off a two-point win in the PIAA first round over Methacton, the eighth-place team from District 1. Meanwhile, the Patriots, the seventh-place team from District 1, picked up a 40-point, blowout victory to open the state playoffs. Central York will have to slow down 6-foot, 3-inch junior Emily Chmiel, an all-league first-team member this season. Traditionally, District 1 is one of the strongest districts in the state for big-school girls' basketball. Sarah Berman and Emily Prowell are Central's leaders, with both averaging more than 11 points per contest.

Gettysburg (27-3) vs. Abington Heights (20-5) at Hamburg Area, 7:30 p.m. Wednesday: The Warriors’ 56 points in their state opener were significantly more than the Comets scored in the first round (35). Abington Heights, however, gave up just 21 points, so scoring will likely be difficult for Gettysburg, the District 3 5-A champion. Abington Heights is returning its entire starting lineup after winning a District 2 title last year. The Comets finished second in District 2 this season. Sophomore standout Anne Bair leads Gettysburg at 10.1 ppg. She's the daughter of Warriors coach Jeff Bair.

Eastern York (19-9) vs. Bonner-Prendergast (9-16) at Coatesville Area, 6 p.m. Wednesday: Despite a losing record on the season, the Pandas pulled off a second-half comeback for a win in the 4-A first round over District 11 runner-up Jim Thorpe. Alexis Eagan poured in 15 points of her 21 points after halftime in the win for the third-place team from District 12. The Golden Knights, meanwhile, exploded for 72 points in the first round, but allowed 66. If Eastern York, the District 3 runner-up, can keep up its scoring, the Pandas might struggle to keep pace. Eastern's offense is led by Addison Malone (12.3 ppg), Mara Weaver (11.6 ppg) and Breana Grim (11.0 ppg). 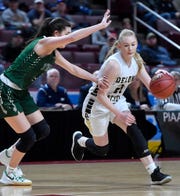 Delone Catholic (25-1) vs. North Schuylkill (22-5) at Milton Hershey, 6 p.m. Tuesday: The defending 3-A state-champion Squirettes opened up their title defense with a 50-point win over an over-matched District 12 entry. The Spartans also picked up a 50-point blowout victory and scored 73 points vs. another District 12 team. North Schuylkill has no seniors on its team and is led in scoring by freshman Kamryn Mengel at 15.4 points per game. Delone's scoring leaders are sophomore Giana Hoddinott (13.8 ppg) and senior Brooke Lawyer (13.4). Other than Lawyer, a returning all-state player and a career 1,000-point scorer, Delone is dominated by sophomores.

PIAA issues statement on coronavirus: On Monday, the PIAA released a statement that it has been in contact with the Pennsylvania Department of Health in regards to monitoring the coronavirus and there have been no recommendations to cancel any games at this time.

The public is still welcome to attend the games.

All basketball games will go on as scheduled, as will the PIAA Swimming Championships at Bucknell University from Wednesday, through Saturday, but the PIAA has recommended that handshakes before and after the games be replaced with fist bumps, forearm bumps or elbow bumps.