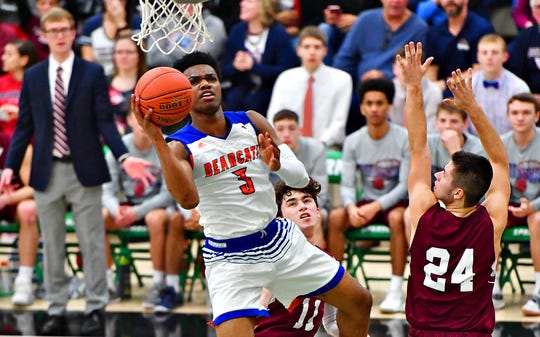 Two of the top boys' basketball players from the York-Adams League will play in a competitive all-star tournament over the next two weeks.

Dover's Elijah Sutton and York High's Clovis Gallon Jr. were picked by different teams competing in the Donofrio Classic — an all-star game that features some of the top high school players from Pennsylvania, New Jersey and Delaware.

"It's a tournament with a lot of great talent," Gallon Jr.  said. "It definitely means a lot to be picked for it."

The 26-team, single-elimination tournament began last week, with most of the games at the The Fellowship House of Conshohocken between April 2-16.

"The Donofrio Classic is a huge showcase of the best players within a two-hour radius of Philadelphia," York High head coach Clovis Gallon Sr. said. "The players get picked up by a local team that puts together an all-star team and they all play in a tournament that’s covered by some of the biggest sports writers in that area."

"It means a lot, because I got chosen by the team that won the championship last year," Gallon Jr. said. "On my team, we have a lot of great talent. I'm pretty sure everyone on my team is a D-I athlete."

These are the 2019 RAW SPORTS ALL STARS competing in the DONOFRIO CLASSIC (515 Harry Street, Conshohocken, PA). Tournament started 3/25/19, but our first game will be 4/9/19 at 8:30pm. Watch extended version https://t.co/CYIVdQA45z
Shop https://t.co/9Ml3QERkgo for a shirt pic.twitter.com/LnLt7EKH7k

Gallon Jr. was the York-Adams League Division I Player of the Year in 2018-19. He led the Bearcats (24-5) to a D-I title, a Y-A League tournament crown, a District 3 Class 5-A semifinal berth and a state playoff win. The senior scored 18.3 points per game, which ranked seventh in the league. He tallied 530 points in 29 games and was sixth in the league with 65 3-pointers. He shot 79.2 percent from the line.

About Sutton: Sutton, a 6-4 forward, was picked by the Old School Cavaliers. 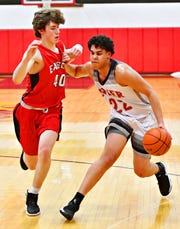 "It’s really cool," Sutton said. "I'll be able to see how I match up with some of the best players in the Philadelphia area. The coach told me he likes what I do with stretching the floor, and he thinks I can help the team."

Sutton was the Y-A League Division II Player of the Year this past season. He led the league in scoring at 22.8 points per game. The senior forward tallied 570 points in 25 games. He also shot 78.1 percent from the line, attempting 35 more free throws than any other player in the league.

College coaches: The Classic is also an opportunity for Gallon Jr. and Sutton, two seniors who have not made decisions on college yet, to get looked at by college coaches.

"There won't be any D-I coaches there because of the rules, but there will be D-II and D-III coaches there," Gallon Sr. said. "There will also be sports writers there covering the games. It gets a lot of media attention. That’s what’s needed for these guys at this stage."

Gallon Jr. said having college coaches there doesn't change the way he plays his game.

"I heard there will be a couple of college coaches there, so I'm going to go out and play my hardest and my best," Gallon Jr. said. "I don’t want to put too much pressure on myself, so I'm going to make sure I have fun with it too."

Gallon Sr. said Sutton and Gallon Jr. should both enter the Classic with the mindset that they are high-level players.

"With the seasons they both had this year, they should have the confidence and feeling like they belong with the elite players in the mid-Atlantic area, because they both do," Gallon Sr. said. "Clovis can score the ball at all three levels, and Elijah has his shot-making ability."

Show out for York: Gallon Sr. said it's not often that one York County player is selected for the Donofrio Classic, much less two. 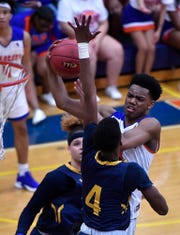 "I know (former Spring Grove standout) Eli Brooks played in it, and he played with Raw Sports too," Gallon Sr. said of the current University of Michigan player. "Kyree Generett (from York High) played in it last year. Now Elijah and Clovis will represent our league."

Sutton said he hopes he and Gallon Jr. can represent the Y-A League well.

"We definitely want to show some of the guys in the Philadelphia area that York also has some top-notch players," Sutton said.

Possible showdown: Sutton and Gallon Jr. have been AAU teammates in the past, but like the high school season, the two players could face off against each other in the Donofrio Classic.

If Old School and Raw Sports each win their first game, the two teams will play in the quarterfinals on April 11 at 8:30 p.m.

"We're not talking trash yet," Sutton said. "We both have to win this first game before we can talk trash to each other."