HEISER: Four York-Adams basketball sleepers who may make some noise during playoffs

The prep basketball playoffs are almost here. There are four York-Adams League sleepers who appear primed to make some postseason noise.

HEISER: Four York-Adams basketball sleepers who may make some noise during playoffs 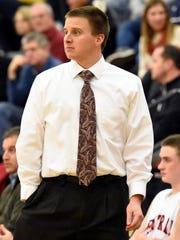 Kevin Schieler has led Central York to at least 18 wins in each of the last five years. The 2018-19 Panthers, currently 16-5, can reach that level with a couple of postseason victories. (Photo: YORK DISPATCH FILE PHOTO)

The most compelling stretch of the high school basketball season is almost here.

The York-Adams League Tournament starts Friday, Feb. 8, the District 3 postseason gets going on Monday, Feb. 18, and the PIAA playoffs begin on Friday, March 9.

It will all end when the last state champion is crowned in Hershey’s Giant Center on Saturday night, March 24.

It promises to be a six-week thrill ride of buzzer-beaters and blowouts, heroes and goats, agony and ecstasy.

By now, most of you know all about the Y-A teams expected to make major postseason runs. They’ve garnered most of the headlines throughout year. Not surprisingly, they’re also division champions. On the boys’ side, it’s D-I champion York High, D-II champ Eastern York and D-III champ Littlestown. On the girls’ side, it’s D-I champ Dallastown, D-II champ Kennard-Dale and D-III champ Delone Catholic.

Those are the chalk picks for playoff success.

There’s a quartet of other teams, however, that may have flown under the radar a bit. They aren’t division champs, but they have improved significantly as the season progressed and they could easily lead anyone's list of Y-A teams that no one wants to face come playoff time. 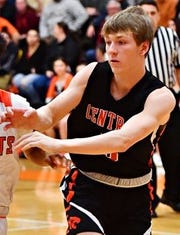 As always, the Panthers (16-5) are one of the best-coached teams in the area under Kevin Schieler, who is in his eighth season at Central. No matter the graduation losses, Schieler seems to produce winning seasons with remarkable consistency. In fact, in each of the last five seasons, Central has won at least 18 games. With a couple of playoff victories, the Panthers will do it again this season.

This year’s Panthers squad doesn't boast a ton of star power. Braden Richard, who’s better known as an all-state volleyball player, is Central’s leading scorer at just about a dozen points per game.

Still, the well-balanced Panthers have managed to win nine of their last 10 games and will enter the Y-A playoffs as the No. 2 seed out of D-I. Central also appears safely in the District 3 Class 6-A field. They are No. 8 in the latest 6-A power ratings, with 12 schools making the bracket. 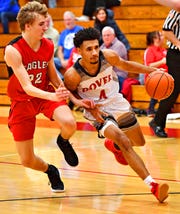 Keith Davis is averaging nearly 20 points per game for Dover since he returned from an injury to his shooting hand. (Photo: The York Dispatch)

Dover boys: About a month ago, it wasn’t a certainty that Dover (13-9) would even be in the postseason.

At one point, the Eagles were struggling at 7-7. They’ve won six of their final eight games, including impressive wins over West York and Waynesboro to end the regular season. Those two teams are a combined 31-8.

Of course, it helped that Dover welcomed the return of Keith Davis in mid-January. Dover’s leading scorer a year ago, Davis missed the first part of this season with an injury to his shooting hand.

Davis and Elijah Sutton now provide the Eagles with a formidable one-two punch. Sutton leads the Y-A League in scoring at nearly 24 points per game. In the eight games since his return, Davis is pumping in almost 20 points per game.

Dover will enter the Y-A playoffs as the third seed from D-II and currently sits at No. 14 in the District 3 5-A field. Sixteen teams will make the 5-A bracket.

The Eagles may also have some added motivation. Head coach Brian Schmoyer is expected to retire after this season, his 14th leading the Eagles. His players likely want to send him out with a lengthy postseason run. 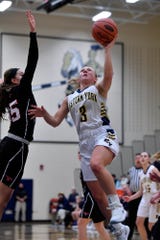 Cassidy Arnold is one of the senior leaders on the surging Eastern York girls' basketball team. (Photo: The York Dispatch)

Eastern York girls: The Golden Knights won’t be part of the Y-A playoffs. They failed to garner one of the three berths from D-II.

Brad Weaver’s crew, however, could be a tough out in the District 3 4-A playoffs, where the Knights (15-7) are currently No. 5 in the power ratings.

Eastern has won 14 of its last 16 after stumbling to a 1-5 start. That includes wins over Spring Grove, South Western, Gettysburg and Bermudian Springs — four teams with a combined record of 59-21.

Seniors Addison Malone and Cassidy Arnold lead the Knights, combining to average about 24 points per game. 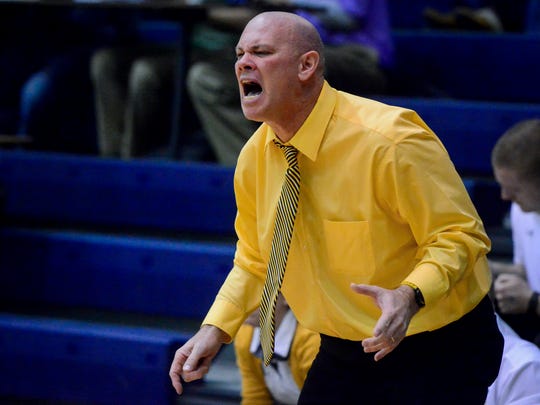 Red Lion girls: After a two-year stint as an assistant at Millersville University, veteran head coach Don Dimoff returned to the Lions' bench this season.

It took a little while for Dimoff’s outfit to come together, struggling to a 6-9 start. That cost the Lions (12-10) any chance of garnering one of the three playoff berths from D-I.

That start, however, was followed by a six-game winning streak, which was finally snapped Tuesday by Y-A D-I champion Dallastown. The Lions' six-game surge included notable nonleague victories over Cedar Crest, Elizabethtown, Manheim Township and Wilson. Those are all either 5-A or 6-A schools and they have a combined record of 58-23.

Red Lion sits at No. 9 in the latest District 3 6-A power ratings, with 12 teams making the postseason.

The balanced Lions don’t boast a single player averaging double digits in scoring, but they are tenacious defensively, only giving up 40 points per game.

Overview: Of course, come playoff time, nothing it guaranteed. The results are often notoriously fickle. The four teams mentioned above could just as easily become one-and-done postseason victims.

Still, if you're looking for sleepers who may make some serious noise in the coming weeks, you may want to keep an eye on the Panthers, Eagles, Golden Knights and Lions.