Closer Look: For many athletes, college recruiting takes joy out of sports

When asked, most high school athletes say that their first feeling after signing to play college sports is relief not pride. Why is that?

Playing a sport in college has been a dream for many high school athletes since they were young.

Once they begin the collegiate recruiting process, however, many athletes say the sport that once brought them so much joy can become a nightmare. That's what can come with the pressure and stress of earning a scholarship to play at the next level.

On the day athletes make an online commitment announcement or sign their national letters of intent, often the first emotion they experience is relief, not pride, New Oxford High senior Abdul Janneh said. That's because they're happy that the intense process they’ve been involved in during their junior and senior years is finally over.

Janneh — a star for New Oxford's football, basketball and track and field teams — found the recruiting process to be especially difficult because he drew college interest for multiple sports. Once he made his decision to sign with NCAA Division I Duquesne University to play football, he was ready for recruiting to be over.

“It’s a big relief off my shoulders,” Janneh said. “The recruiting process was very stressful; going on a lot of visits, coaches calling me. Having that commitment, knowing where you’re going, is just a big lift off your shoulders and a sigh of relief.”

Janneh isn’t alone in that feeling. For Dallastown  girls’ basketball standout and NCAA Division I Temple University recruit Aniya Matthews, the constant communication with coaches became a source of pressure. Her first feeling after she officially signed with Temple in November was the ability to exhale because the process had finally ended.

“It’s kind of a sense of relief just knowing that now I have everything settled,” Matthews said. “Before, it was constantly figuring out where you’re going. You gotta talk to these people, talk to those people. So, right now I am just glad that everything is settled down and I can just play my senior year.”

A parent problem? York-based school psychologist Nick Kenien works with a number of adolescent and college athletes who have performance issues in sports, and he sees a common denominator. 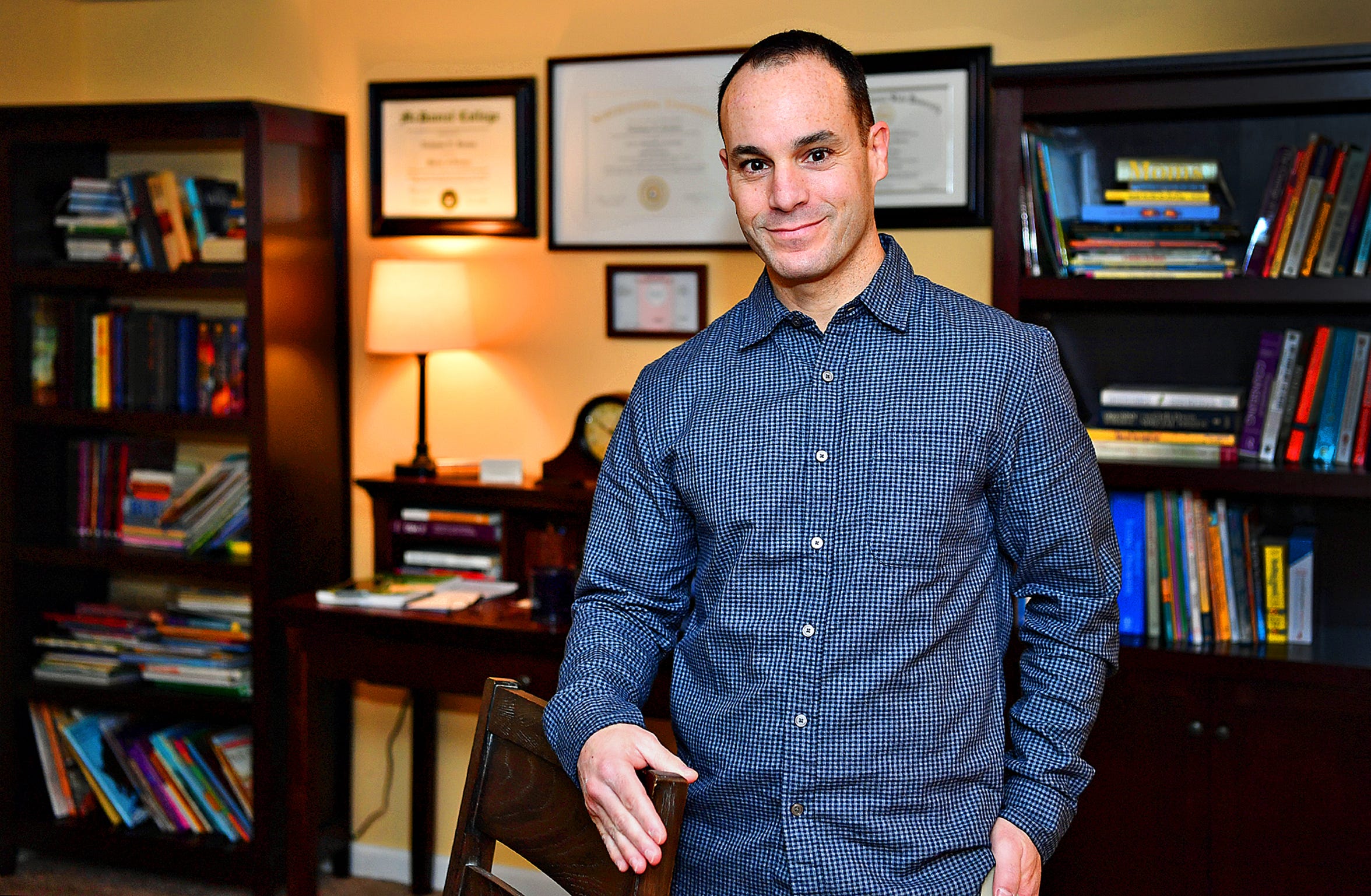 Kenien said that with pressure to perform from high school and college coaches, athletes need their parents to help relieve that stress. Instead, they often add to it.

When the athletes' focus is on earning a scholarship for their sport, the interactions with their parents can become an added strain on their passion for the sport.

Kenien said parents often force conversations with their children back to sports when the athlete is trying to escape the pressure of performing. In so doing, parents miss a chance to help their children take a mental break from the stress of recruiting.

Return on investment: For years, parents pour cash into equipment, travel and tournaments in hopes that their child will play in front of college coaches and recruiters. With the investment of their time and money, many parents view a collegiate scholarship as a return on an investment.

A senior at Dallastown, baseball standout Pete Capobianco last summer traveled to Georgia, Ohio, New Jersey, South Carolina and Virginia to play in showcase tournaments for college scouts. He is now committed to play at Division I Gardner-Webb University. 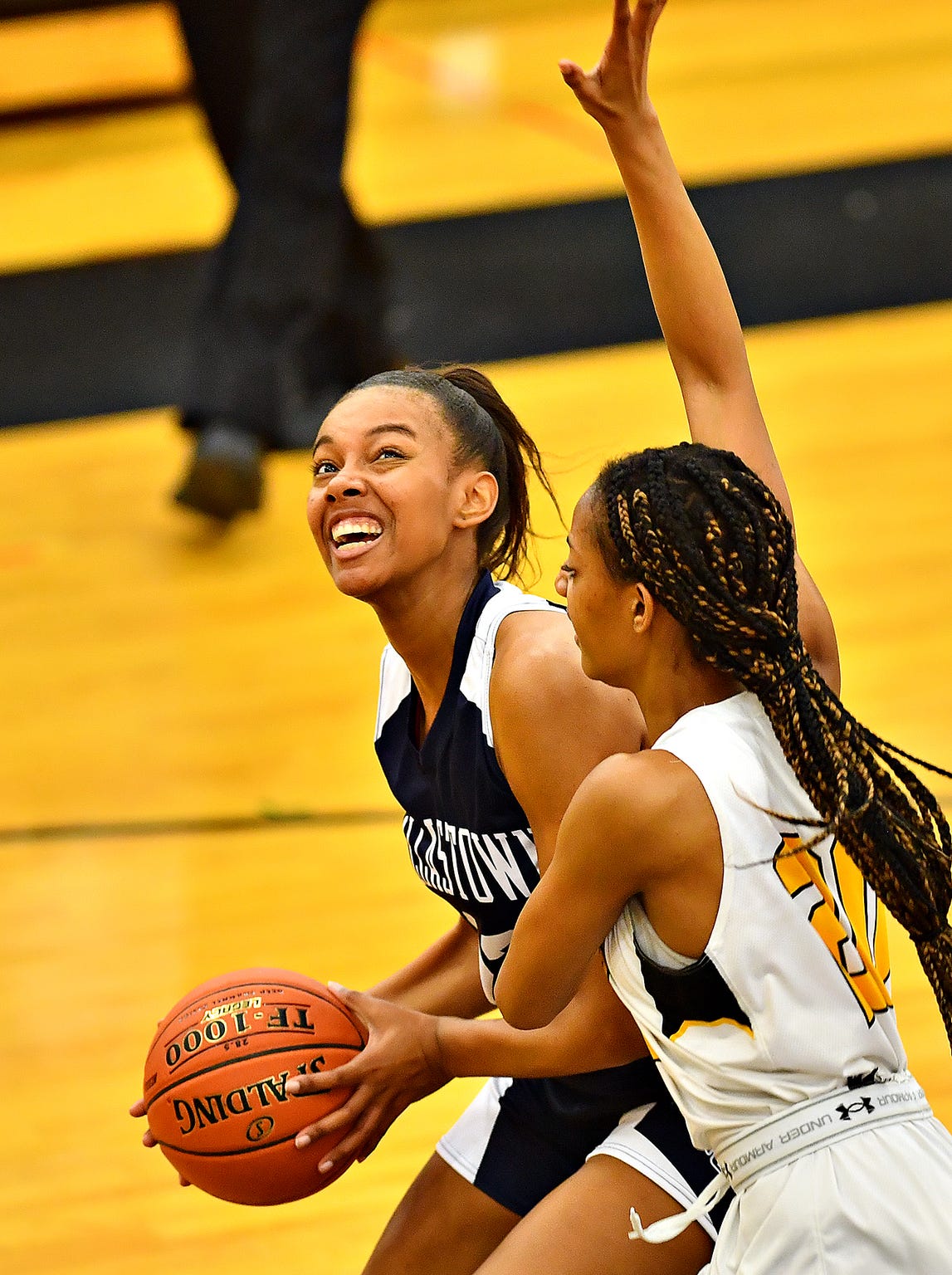 A softball star at Northeastern, junior Jiselle Castano said that, at one point, she and her father drove overnight for a tournament because recruiters from the West Point Military Academy thought she was appearing in a tournament in New Jersey.

In fact, she was in Virginia.

Castano's trek worked out, though. She is now committed to play for Army.

With the amount of time and money parents spend on sports, either directly or indirectly, Kenien said that kids often feel the expectation of a payoff. That extra stress only amplifies the pressure to perform well.

“These kids are walking around with the realization that 'my mom and dad have poured thousands of dollars and thousands of hours into my athletic endeavors and I don’t want to let them down,'” he said.

Out of their control: While the pressure can be high to perform at showcase events in front of hundreds of coaches, Kenien said that for athletes who aren’t getting attention from NCAA Division I schools, recruiting can be even more difficult.

It can be especially hard for athletes who play sports where there's a need to reach out to coaches to gain their attention. Sports such as football and basketball  primarily use software such as Hudl to create highlights that can be shared easily with colleges. That's not the case for other sports, and that can cause a different kind of stress.

For Central York girls’ soccer standout Maddie Davis, that was the case. She always dreamed of playing at the Division I level, but the offers weren’t there.

She had to take the communication into her own hands. When she eventually committed to NCAA Division II Bloomsburg University, she was just as happy to be done with recruiting, as she was about committing to a team that was nationally ranked.

“I was just excited that the process was over because it is really stressful,” Davis said. “Trying to reach out to all of these coaches and then you don’t hear anything back. So, it’s good (that the process) is over.”

Kenien said that this issue for athletes comes from the lack of control that they have during this process. For many, it's something they're experiencing for the first time in their young lives. Waiting to hear back from coaches to find out if they will be offered a scholarship is likely the first time they had no say in a major decision.

Flip the script: One of Kenien’s suggestions for parents and athletes preparing to play at the next level is to change the way they think about the recruiting process. He said that most people use the terminology that they hope they can get into college or hope they can get a scholarship.

Instead, he suggests that families should take a different focus.

“We need to flip the script and say: ‘What is it I’m going to get out of college?’” Kenien said. “'What is it that this program, scholarship or athletic endeavor is going to do for me and my future?'”

Focus on mental health: The biggest concern for Kenien about the entire recruiting process is the effect on athletes' mental health. He cited a study that said 30% of adolescent athletes carry either an anxiety or depression disorder, and the pressure of pursuing a college scholarship can amplify that.

These athletes are asked to spend their day in school, practice their sport, come home and do hours of homework and then communicate with college coaches. The athletes' lack of free time can exacerbate their mental health disorders because of a lack of sleep. A less-than-healthy diet can also make the symptoms worse.

The key to alleviating this problem, according to Kenien, is to destigmatize the need for therapy among athletics. He said coaches can operate with a mindset that they didn’t need to talk to anyone when they played and that their players should be able to figure things out for themselves, too.

Philadelphia Eagles lineman Brandon Brooks and Cleveland Cavaliers forward Kevin Love have spoken publicly about their respective issues with anxiety and depression recently. Kenien said it’s good for young athletes to see people that they view as perfect superheroes open up about their own issues.

“We understand that we don’t need to put on a tough face and pretend. That is the weakness. Not asking for help and support.”@notthefakeSVP is moved by the support that Eagles guard Brandon Brooks has received after he shared details about his battle with anxiety. pic.twitter.com/lHb0MhxhPE

It can be important for parents and coaches to adopt the mentality that many professional and collegiate teams are adopting by adding sports psychologists or counselors to their programs. They can help athletes with their mental health in the same way trainers help with the physical health.

“We have no problem talking about if you have a concussion or torn ACL and you have to rehab that or take a break, but to deal with, ‘Coach, I’m having symptoms of depression — I can’t sleep, I can’t eat (and) I’m having panic (symptoms).' Those are things we’re still working to overcome and demystify for these athletes,” Kenien said. 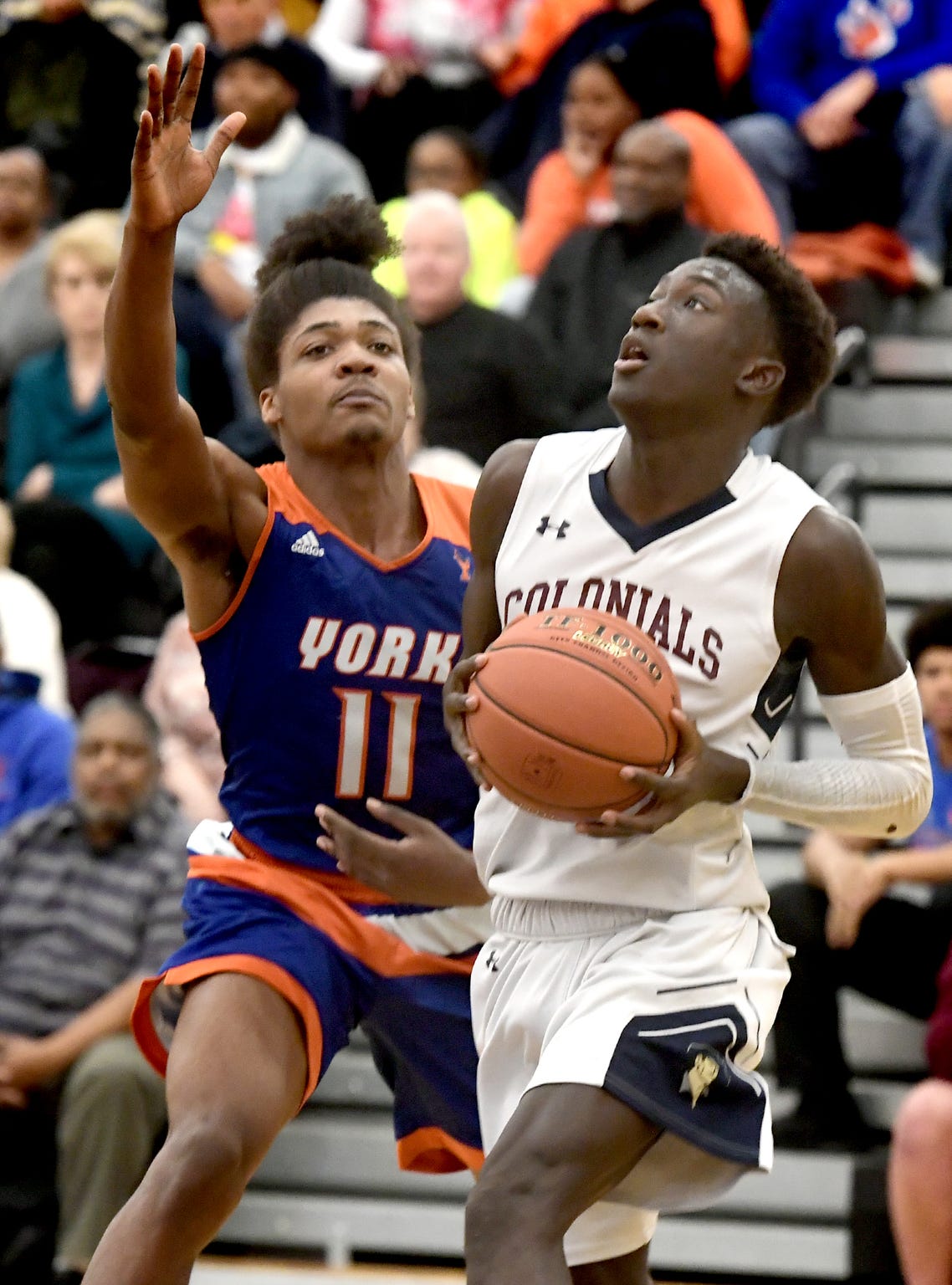 Enjoy the moment: While the recruiting process creates pressure and stress for the athletes and their families, it’s inevitable in the journey to play sports in college.

The sports offer the athletes a chance to improve their future while playing a sport they have loved since they were kids. Still, it comes with emotional strain on everyone involved.

For Kenien, it’s important that families focus on where they are right now in the process, not look forward or behind them, and enjoy that their child is one of the 16% of high school athletes who can continue their athletic careers in college, according to the NCAA.

“Be in the moment,” he said. “Stress less about what’s happened in the past or what’s going to happen in the future. Be in complete control of what it is they can do here and now.”

Closer Look: For many athletes, college recruiting takes joy out of sports

When asked, most high school athletes say that their first feeling after signing to play college sports is relief not pride. Why is that?