Gettysburg earned a 43-17 wrestling triumph over visiting Dallastown on Wednesday night in a York-Adams Division I contest. 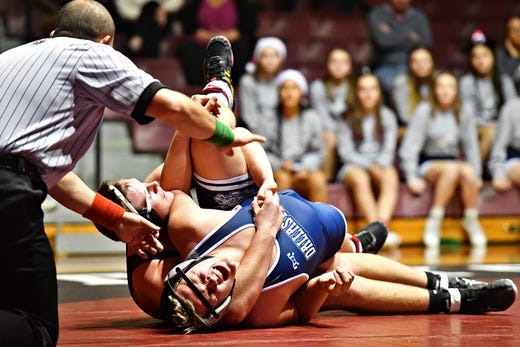 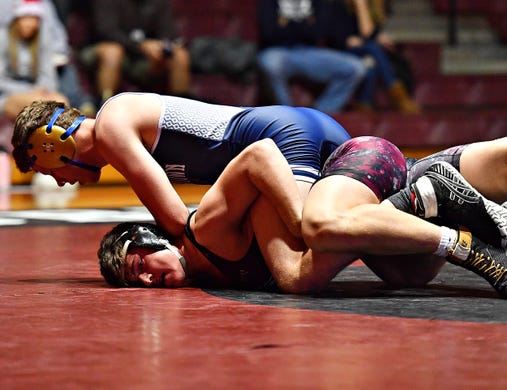 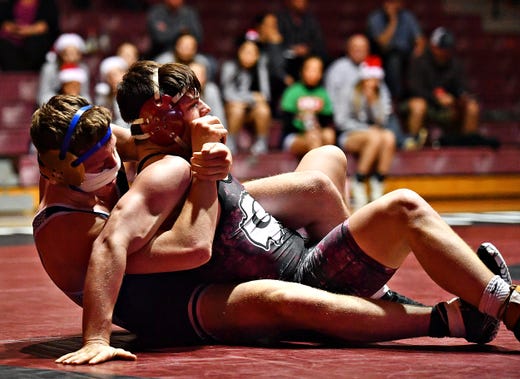 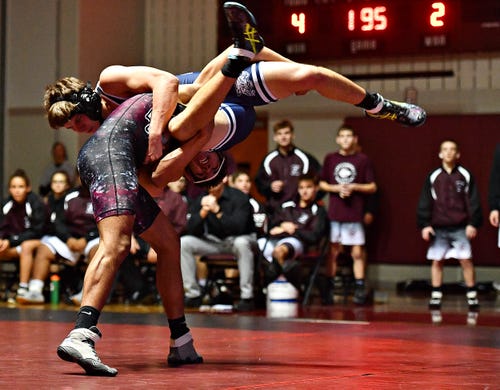 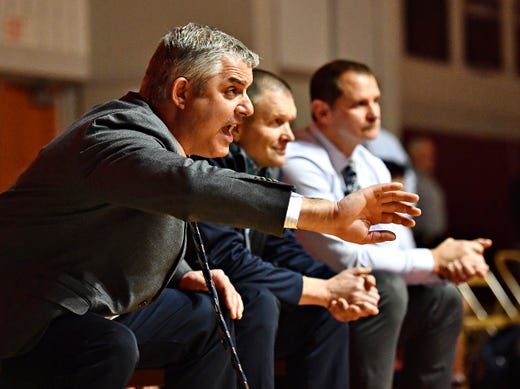 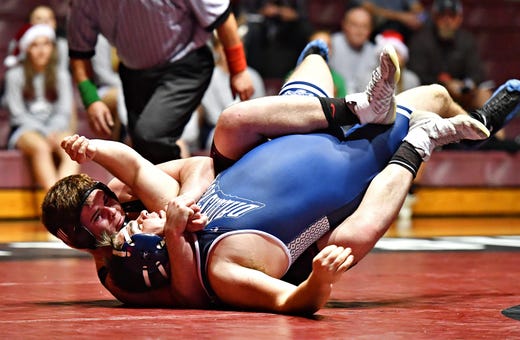 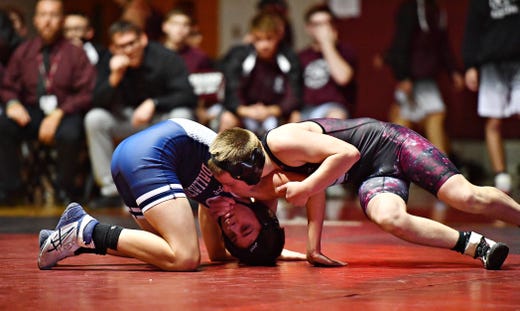 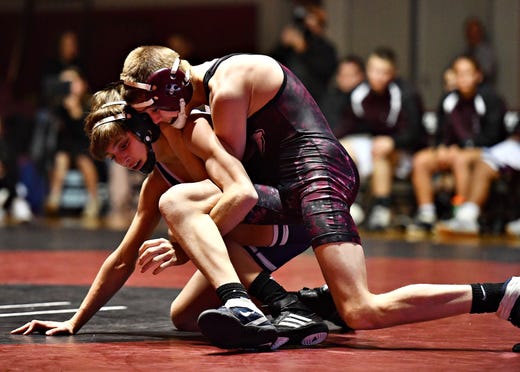 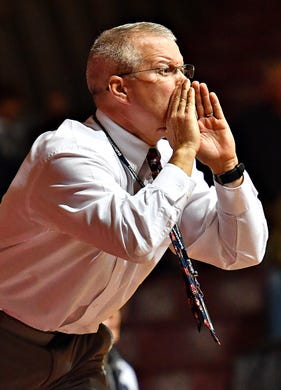 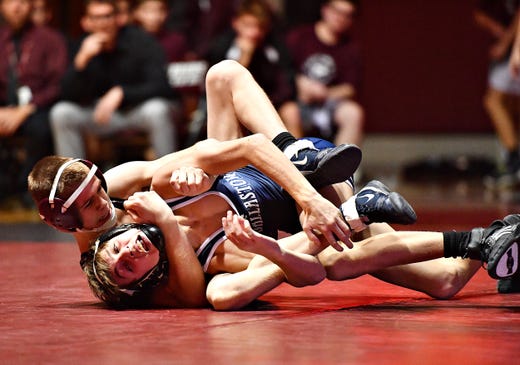 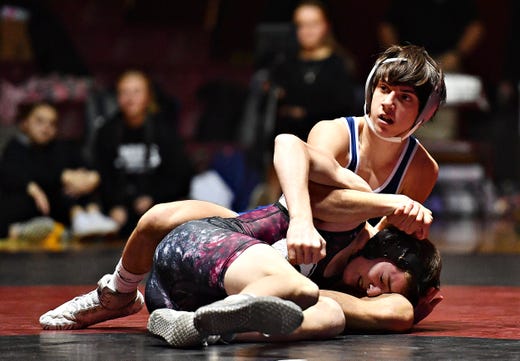 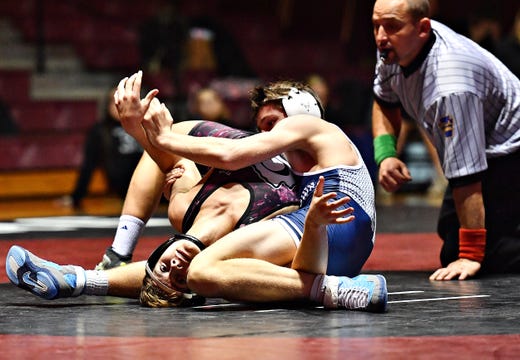 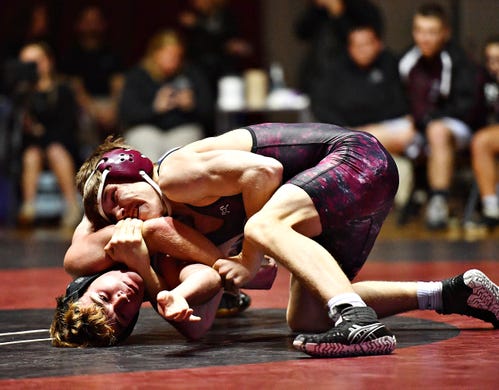 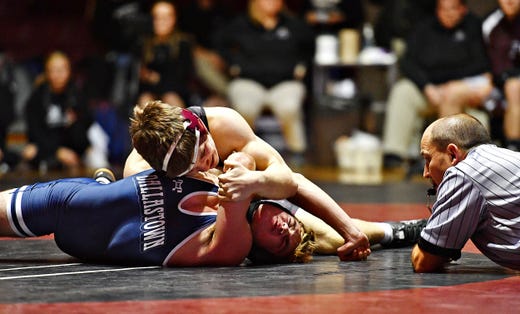 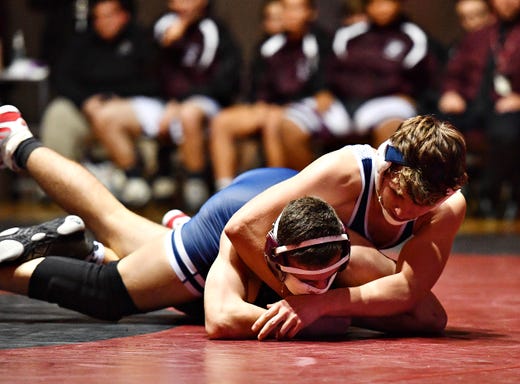 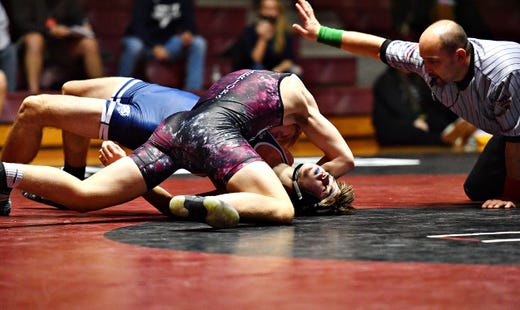 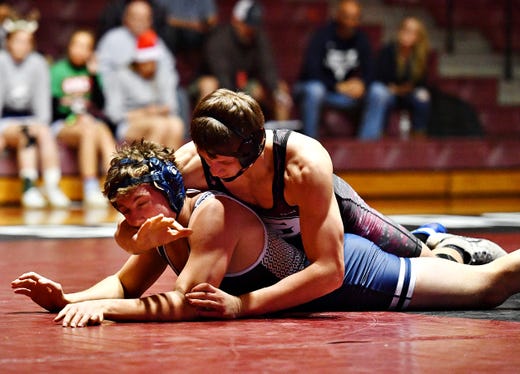 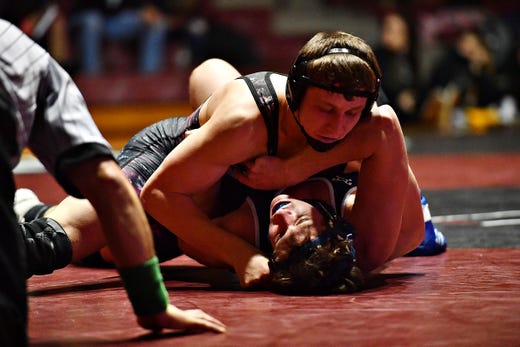 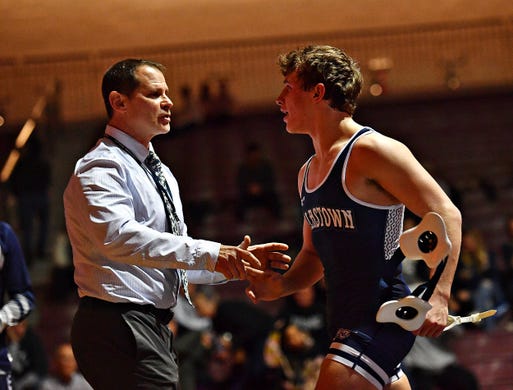 GETTYSBURG — No one summed up Wednesday’s York-Adams League Division I wrestling clash between Gettysburg and Dallastown any better than Wildcat coach Dave Gable.

“There’s a lot of teams that are similar to us in the league,” Gable said. “And then there’s Gettysburg.”

The Warriors claimed nine of the 14 bouts, including key falls from Dylan Reinert (171), Nathan Ridgely (160), Jacob Cherry (138), Reed Miller (106) and Christian Connor (220), to gain a measure of revenge from last year’s loss to the Wildcats. That contest ended in a 33-33 deadlock with Dallastown winning by criteria.

Warriors haven't peaked: Haines pointed out that he didn’t believe his team — despite the lopsided final — is even close to peaking yet. Somewhat surprisingly, he expressed quite an opposite viewpoint.

“We won by a lot, but we wrestled poorly,” he said.

Of the five bouts that Dallastown won, Haines said that his team probably should have won at least two of them.

Showdown at 152: While he didn’t specify which matches, one of the closest bouts of the night just happened to be one the most eagerly anticipated showdowns as well. At 152, Dallastown’s Brooks Gable squared off against Gettysburg’s Luke Sainato.

Both Sainato and Gable qualified for the PIAA draw a season ago, where each won one match in Hershey.

Sainato claimed the early lead with a takedown, but Gable was able to get his own en route to a 4-2 triumph.

“I knew that there was a chance that it could happen,” Brooks Gable said. “And it’s always fun to wrestle someone like that who is tough competition in a league match like that. I thought it was a good match.”

There was a bit of irony in how the match turned out. Sainato suffered a nosebleed pretty early in the bout, which required several blood stoppages.

“That was probably the first time where I wasn’t the one that was bleeding,” Brooks Gable said. “And that stuff is hard to measure in terms of how it affects the match.”

Wednesday’s clash may be the last one between the Wildcats and Warriors in the regular season for at least two years. Next season Gettysburg is dropping down to Division II in favor of Dover.

Haines didn’t sound especially pleased with the decision of the league to drop down his Gettysburg program, which features a healthy roster of 35. D-II teams often have difficulty fielding a full lineup.

“We can stack up,” Haines said. “And since we came into the York-Adams League we wanted to move up to York I. And we finally were fortunate enough that occurred (before last year), but the ADs voted against us staying (this next cycle).”

Mechanicsburg 65, Spring Grove 48: At Mechanicsburg, David Smith Jr. scored 17 points in a losing cause for the Rockets.

Delone Catholic 58, Trinity 39: At Shiremanstown, in a rematch of last year's District 3 Class 3-A title contest, the Squirettes rolled to the win to improve to 6-0 on the season. The win avenged a loss to the Shamrocks in last year's district final. Gianna Hoddinott poured in 25 points to lead Delone. Makenna Mummert added 12 points for the winners. Trinity fell to 4-1.

Susquehannock 55, Northern York 30: At Glen Rock, the Warriors overcame a slow start to roll to the nonleague win. Susquehannock trailed 11-8 after one quarter but outscored Northern by at least seven points in each of the last three quarters. Susquehannock improved to 3-3 overall.