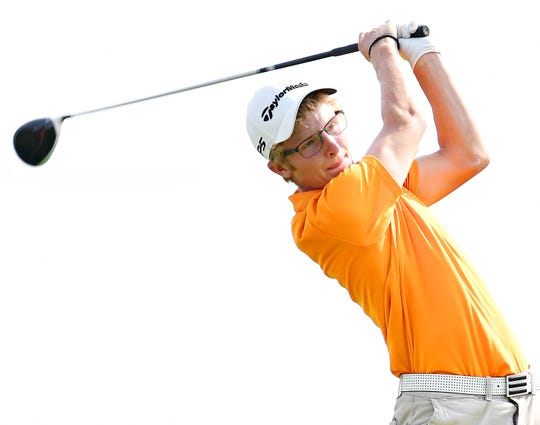 There's now a tie for first place in the York-Adams Division I golf race.

Bacha finished with a 4-under-par 67 to lead the Panthers to a 312 total. Bacha's score was the best of the day by 10 shots. Central, meanwhile, finished 24 shots ahead of second-place Dallastown.

Central and Dallastown are now tied for first place in the division at 27-3. There are two D-I matches left in the season, at the Bridges on Tuesday, Sept. 17, and at Hanover Country Club on Thursday, Sept. 19.

New Oxford finished third as a team on Wednesday at 368, followed by South Western (375), Northeastern (375), Red Lion (377) and Spring Grove, which did not have the required four golfers to field a team scored.

Central's Alex Gekas had the second-best individual score on the day at 77, followed by Spring Grove's Karl Frisk at 78 and Dallastown's Michael DeRose at 79. Central's Jun Lee and Northeastern's Tanner Sadowski tied for fifth at 83.

West York 3, Littlestown 0: At Littlestown, the Bulldogs received straight-set singles victories from Alisa Steele and Lexi Sanderson. In doubles, Sadie Mikula and Amara Weaver combined for a win. The other two matches were not finished because of rain.

Susquehannock 3, South Western 2: At Hanover, the Warriors captured both doubles matches to secure the victory. Megan Cramer teamed with Diana Kelbaugh to win the No. 1 match, while Julia Thomas and Livia Haines combined to win the No. 2 match. In singles, Abby Martin won the No. 3 match. For the Mustangs, Emma Hynson and Sarah McComas each won a singles match.

York Suburban 3, Northeastern 2: Suburban swept the doubles behind the teams of Alivia Halza/Sophie Gilbert and Janelle Rice/Rory Noble. Abby Miller won at No. 3 singles for Suburban. Jillian Laughman and Jiselle Castano triumphed at No. 1 and No. 2 singles for the Bobcats.

Dallastown 3, Dover 0: At Dallastown, in a rain-shortened match, the Wildcats won to improve to 6-1 overall and 4-1 in York-Adams Division I. 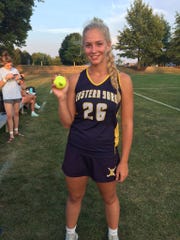 Eastern York 3, West York 0: At West York, Eastern York's Addison Malone set the program record for goals in a career in the victory. Malone scored two of Eastern's three goals. She now has 46 for her career. The previous record of 44 was set by Lauren Potoski. Eastern improved to 5-1 with its fifth straight victory. The Golden Knights are now 4-0 in York-Adams Division III. West York fell to 2-2 overall and 1-2 in the division.

Eastern York 2, Dover 2: Ethan Nikolaus made 10 saves and Gavin Donnelly scored both goals for Eastern. No Dover stats were provided.