The York Suburban cross country teams picked up first-place team finishes on Tuesday during a meet on their home course. 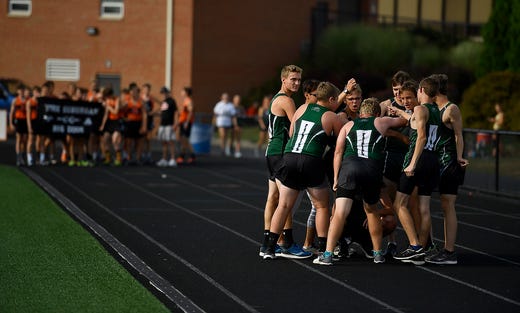 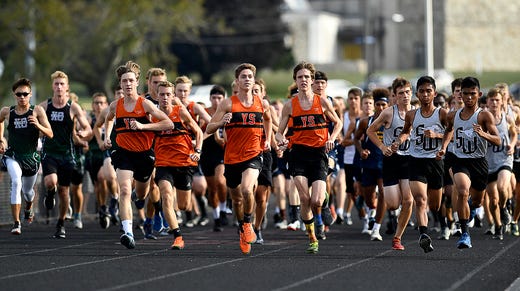 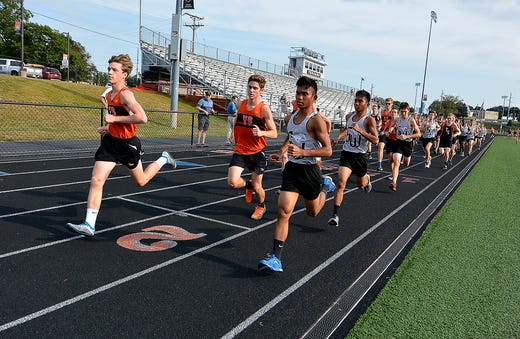 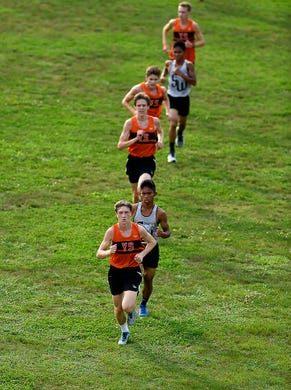 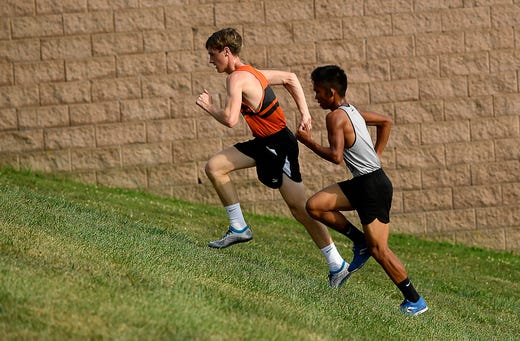 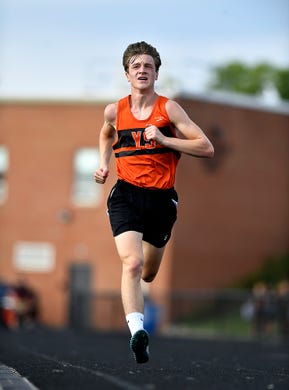 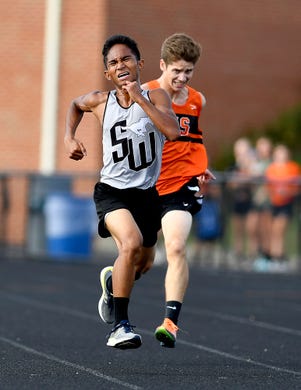 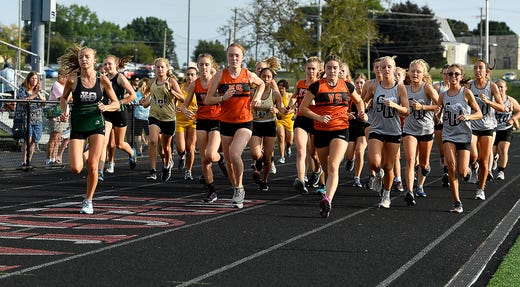 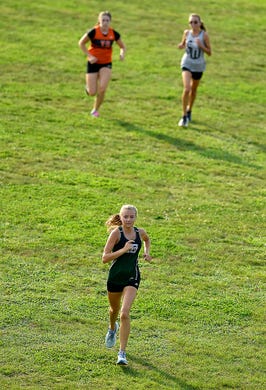 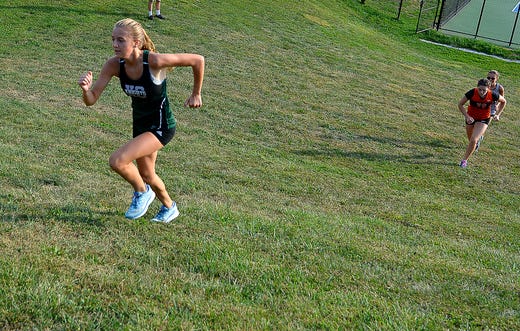 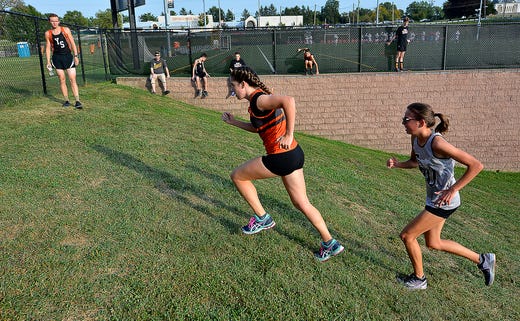 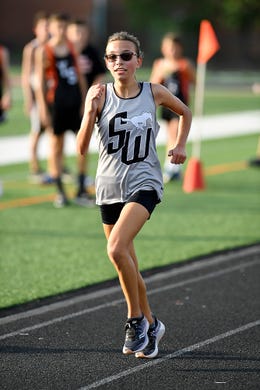 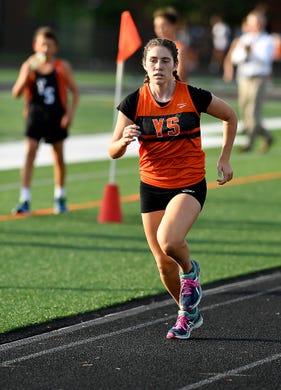 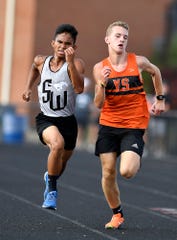 Even without a ton of senior leadership, the York Suburban cross country teams are still doing A-OK.

That was proven Tuesday afternoon when the Trojans hosted a meet with Fairfield, Eastern York, South Western and Biglerville.

The Trojans displayed more depth on both the boys' and girls' sides to claim a pair of 4-0 sweeps.

The most impressive of those victories was the one that the YS boys earned over the Mustangs. Coming off a perfect meet last week at Northeastern High School, the SW boys could nearly match the strong pack of Trojans, who ultimately claimed five of the top eight places in a 23-33 triumph vs. the Mustangs.

Sophomore standout Cole Adams led the host squad with an incredible first-place time of 16 minutes, 54.80 seconds, which was also a personal best. Adams’ time was nearly a half-minute faster than teammate Grant Kern, who edged Shermel Singh of SW by just two-tenths of a second for the runner-up spot. 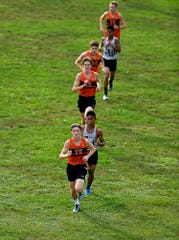 “We knew that we had to perform today,” Adams said. “Definitely, the stakes were high against South Western and we knew he just had to go after it.”

And go after it they did.

Closely behind Adams and Kern were Jordan Ohl, Jacob Wingard and Shea Walsh. Walsh’s time of 18:20 was good for eighth place.

“This team really helps us all out,” Adams said. “We’re all a family, which is nice. We push each other and that’s the biggest key to our success this year.”

Adams is hoping to step up his game in multiple areas this season. After taking sixth at the District 3 Class 2-A meet a year ago, the Trojan standout is hoping to break into the top five this time.

More importantly, however, Adams is looking to step up into the leadership role for a Suburban side that has just one senior and two juniors.

Adams, however, deflected any credit for the team’s success toward longtime successful coach Ron Herman.

“Coach Herman is amazing,” Adams said. “He knows what he’s doing and he has a lot of experience, which is nice.” 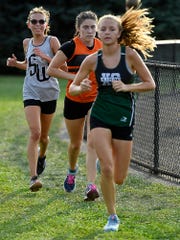 Girls' meet: The Suburban girls similarly figured that the showdown with the Mustangs would be the biggest challenge of the day. Despite SW freshman Paige Watson winning the event with a time of 21 minutes, 21.11 seconds, the Trojans claimed a 27-31 victory on the back of impressive depth.

Courtney Ohl finished right behind Watson, but it was the pack of Ella Smith, Ava Millek, Sarah Gleba, Hallie DePalmer, Sarah Stark and Anissa Lytle that ultimately pushed the balance in Suburban’s favor.

Gleba, DePalmer and Stark each finished ahead of the Mustangs' Emily Frock to score one additional displacement point, while Lytel edged Brooke Ridenour to earn another displacement tally.

The most notable aspect of Tuesday’s meet was slower-than-typical times. No girl broke 21 minutes. That result was probably to be expected, since the course had to take on some alterations after additional fencing was put up around the area.

“The course was a little tougher,” Ohl said. “There are a few more steep but short hills. They used them before in the past, but not as often as this one.”

While the Mustangs and Trojans were the only girls' squads with a full contingent of five runners, Fairfield’s Morgan Denison finished third overall in 21:44.41

Wolf leads Rams to victory: At Glen Rock, Colin Wolf led the Kennard-Dale Rams to a first-place finish by taking first individually in 18:01. The Rams defeated Susquehannock (21-34), Dallastown (17-38), Delone Catholic (15-41) and New Oxford (15-46). Also for K-D, Dan Gibney took second, Garrett Quinan took third and Dylan Cummingham came in fifth. The Warriors came in second as a team by defeating Dallastown (21-36), New Oxford (15-50) and Delone (15-50). Matt O’Brien led the Warriors individually with a fourth-place finish. The Wildcats came in third as a team by defeating Delone (15-50) and New Oxford (15-49). The Squires came in fourth by defeating New Oxford (23-32).

Schuler leads Wildcats to first-place finish: At Glen Rock, Emily Schuler led the Dallastown Wildcats to team victories over Susquehannock (16-50), Delone Catholic (15-46), Kennard-Dale (17-50) and New Oxford (15-50) by taking first individually in 21:29. Also for Dallastown, Allison Myers took second, while Lydia Tolerico took third and Nicole Register took fifth. The Squirettes came in second as a team by defeating Susquehannock (27-50), Kennard-Dale (24-50) and New Oxford (15-50). The Rams, Warriors and Colonials all forfeited against each because they didn't have enough runners to compete as a team. Individually for the Rams, Delaney Barts took fourth.

Central York 2, Red Lion 0: At Central York, Belmin Sejmenovic led the Panthers to the victory by scoring both goals. Gavin Farling added one assist, while Matt Smyser made two stops in goal to record the shutout.

Gettysburg 1, York Suburban 1 (2-OT): At Gettysburg, Leon Bellenham scored with 12 seconds left in regulation to help the Trojans salvage a tie. Neither team could score in the two overtime periods. Alex Cole scored for Gettysburg.

York Catholic 5, Delone Catholic 0: At McSherrystown, Colin Smith had three goals in a span of 2 minutes 18 seconds to lead the Fighting Irish, while Ben Bullen had three assists. Pasen Maynard and Jon Yinger had the other YC scores, while Tyler Anthony added an assist.

Dallastown 4, New Oxford 0: At New Oxford, the Wildcats improved to 5-0 on the season. They are No. 1 in the latest District 3 Class 4-A power ratings. Laken Fry scored twice for Dallastown. Annabelle Wunderlich and Katy Jones also scored. Wunderlich also had two assists.

South Western 4, Spring Grove 1: At Hanover, Bella Gilberto and Kyla Brossoit led the Mustangs to the victory by each scoring one goal and adding one assist.

Delone Catholic  3, York Catholic 1: At York, the Squirettes won behind two goals from Madison O'Brien and one from Katt Chroniger. Abigael Vingsen had two assists. Bernie Schnitz scored for York Catholic. Angela DeBolt made 13 saves for the Irish.

South Western 3, Red Lion 0: At Hanover, the Mustangs won, 25-20, 25-10, 25-18. Ali St. Rose led the Mustangs with 13 kills and 13 digs. Also for the Mustangs, Emma Filipovits had 12 kills and 16 digs, while Jacy Crouse had 20 assists and four digs. For the Lions, Brooke Axe had six kills, while Katie Thompson had nine digs and three kills and Riley Good had seven digs and five assists.