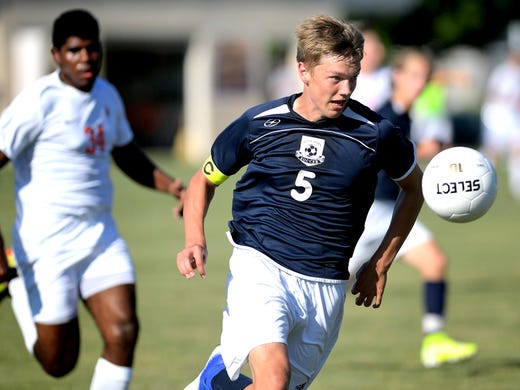 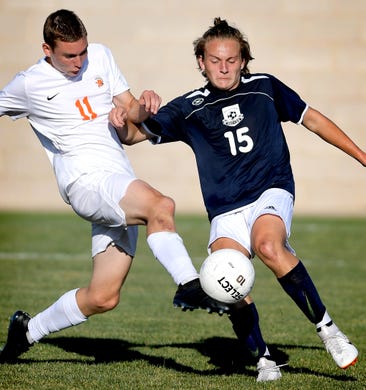 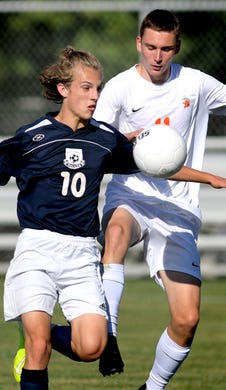 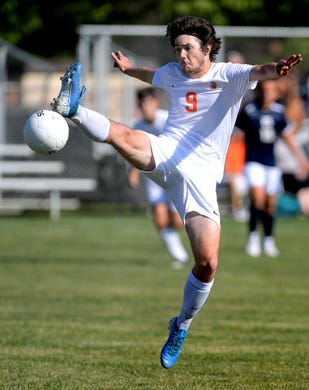 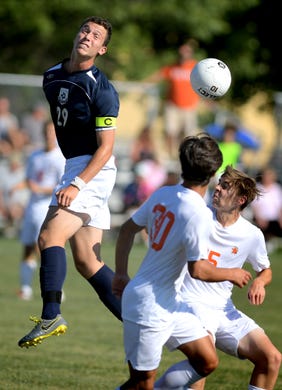 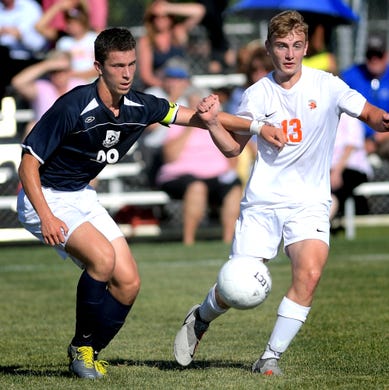 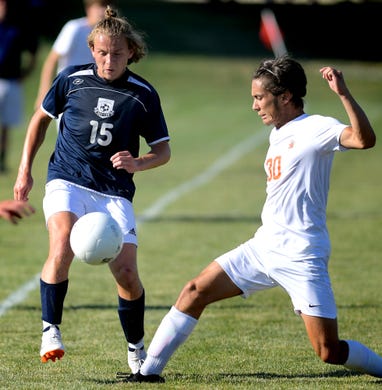 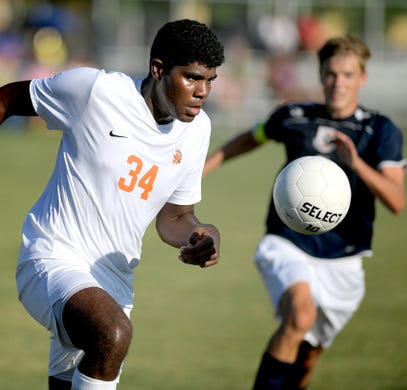 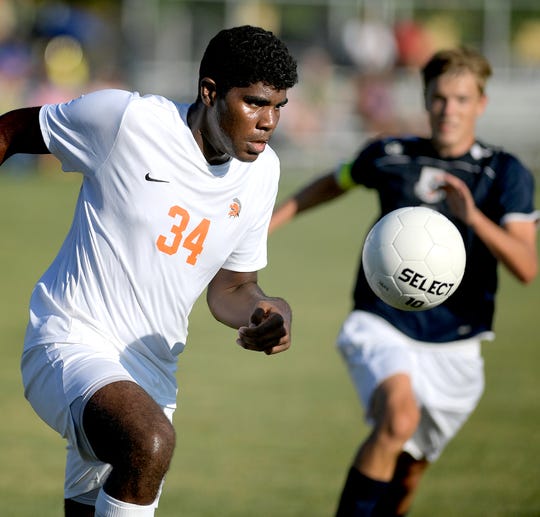 It turns out that Reiber knew exactly what he was talking about.

After West York took the lead in the first half on a penalty kick goal by reigning D-II Player of the Year Jake Altimore, the Trojans fought back in the second half. While it took some time, the visitors from Suburban evened it midway through the final stanza.

Then, with under three minutes left in regulation, the Trojans were able to demoralize the Bulldogs when a throw-in by Brooks Coughenour somehow eluded a half-dozen players before finding the leg of Tomasz Ziminski in the box.

With no time to think about it, Ziminski quickly struck the ball past the West York goalie, giving his team a thrilling 2-1 triumph. It was an early-season statement victory for the Trojans.

“I said that (York Suburban) was the team that our division needs to watch out for,” Reiber said. “They have a strong senior class that is really led by their keeper.”

That keeper, senior Cody Willoughby, was on his game throughout the contest. The only time the Bulldogs were able to beat Willoughby Tuesday came on Altimore’s PK in the first half.

Willoughby kept the Bulldogs, who shared the D-II and Y-A playoff titles with Susquehannock a year ago, off the board in the second half. That gave the Trojans plenty of time to regroup. The comeback started with just more than 22 minutes left in the half when Leon Bellenbaum was able to get a header past the goalie.

After that goal, it seemed like both sides were a bit content to send the game into overtime. The Bulldogs had several chances, but a Suburban counter spurred on the game-winning tally. The Bulldogs were unable to get a clear before Coughenour took the ball for a throw-in with 2:45 left in regulation.

Coughenour’s throw took a big bounce over several heads before Ziminski booted it with his right leg for the winner.

“I was on the other side of the box and I didn’t expect the ball to be there,” Ziminski said. “But then I saw it pop over the one kid’s head and I just tried to sink it low.”

Seconds later, Ziminski was corralled by his teammates in celebration of the biggest goal of Ziminski’s career.

“I’ll definitely never forget that one,” he said with a smile.

Neither will the Bulldogs, who lost for the second time already this young season in the final 10 minutes of regulation. Reiber’s club dropped a 2-1 decision against Reading this past Saturday in the first-round of the Reading Tournament.

“We have a younger class and we still have some guys that need to do some learning,” Reiber said. “And, for us, there are just two outcomes — winning and learning. We don’t call them losses, but instead opportunities to learn. So we’ll have (the game film) up tonight (online) and they’ll need to be watching it.”

York Catholic 3, Bermudian Springs 2: At York Catholic, Jon Yinger led the Irish to the home victory by scoring two goals and adding one assist. Teammate Pasen Maynard also connected for a goal. For the Eagles, Kyle Kuykendall and Bryan Garcia each scored one goal.

York High 5, Littlestown 0: The Bearcats broke open a tight game with four second-half goals. York had a 14-6 edge in shots on goal and a 9-2 edge in corners.

Gettysburg 6, Eastern York 1: At Wrightsville, the Golden Knights got a goal from Hanna Sellers off an assist from Cassidy Shetter in the loss. Eastern's Savannah Yingst had nine saves. Lora Bertram had two goals for Gettysburg.

South Western 3, Red Lion 2: At Hanover, the Mustangs received straight-set singles victories from Emma Hynson and Sarah McComas. Teammates Rachel Smith and Skyler Zepp won the No. 2 doubles match. For the Lions, Zoe Watson won the No. 3 singles match in straight sets, while Zamirah Morton and Kirsten Huster won the No. 1 doubles match.

New Oxford 4, Northeastern 1: At New Oxford, the Colonials captured two of the three singles match to secure the home victory. Molly Socks and Kayla Hoffman each captured a singles victory. For the Bobcats, Jillian Laughman won the No. 1 singles match in straight sets.

Dallastown 4, York Suburban 1: At Suburban, Meghan Salaga (No. 1) and Grace Heird (No. 2) earned singles wins for the Wildcats (4-0). Heird won in three sets. Abigail Miller won at No. 3 singles for Suburban, also in three sets. Dallastown got doubles wins from Lana Dumnich/Catharine Lasher at No. 1 and Amani Patel/Kylie Sciuto at No. 2.

West York 5, Biglerville 0: At Biglerville, the Bulldogs received straight-set singles victories from Alisa Steele, Chloe Hoover and Sadie Mikula. In doubles, Lexi Sanderson and Amara Weaver won the No. 1 match, while Alexa Stackhouse and Elise Darr won the No. 2 match.

South Western 2, Central York 1: At Hanover, Caitlin Coates and Ella Baker each scored one goal to lead the Mustangs to the home victory. The Panthers' lone goal came off the stick of Quinn Stoppard in the second half. Panthers' goalie Sydney Valdes made 15 stops in the loss.

Eastern York 4, Hanover 3 (OT): At Hanover, Morgan Arnold scored in overtime off an assist from Addison Malone to give the Golden Knights the win. Arnold finished with two goals. Malone had a goal and three assists. Hannah Lentz also scored for Eastern. Ella Krenzer had two Hanover goals.

Central York 3, Northeastern 0: At Central York, the Panthers won the match, 25-11, 25-20, 25-16 to capture the home victory. Individually for the Panthers, Alexa Shorts, Sydnie Johnson and Brynn Weigle each had six kills, Jenna Arganbright had five kills, while Abbey Stiffler had 17 assists. For the Bobcats, Lauren Kelly and Jade Shellenberger each had two kills apiece.