The Central York swimming teams swept to a pair of important York-Adams Division I victories over Dallastown on Thursday. 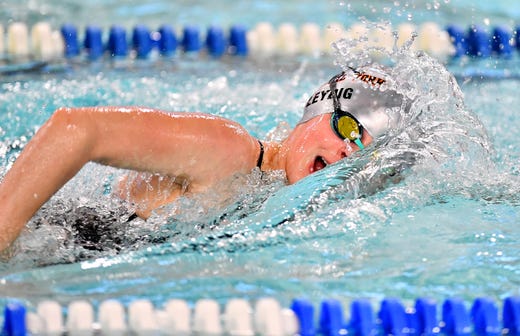 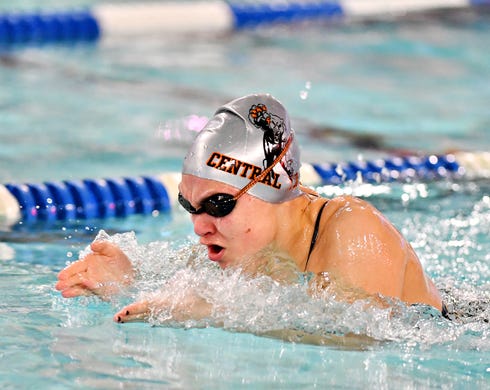 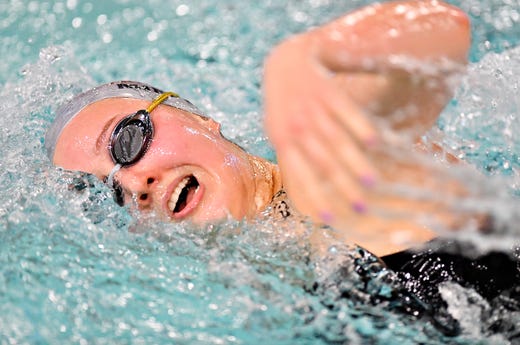 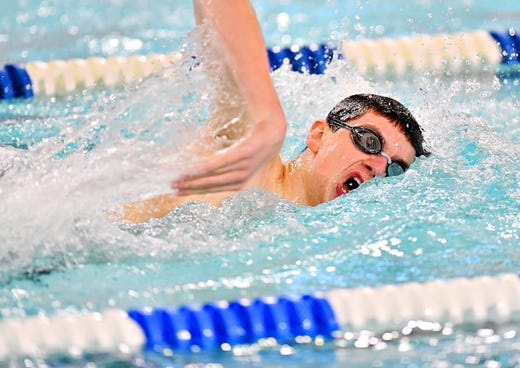 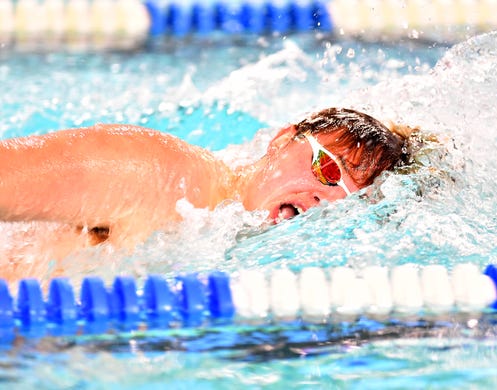 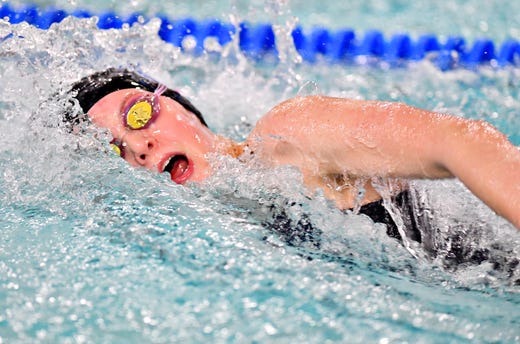 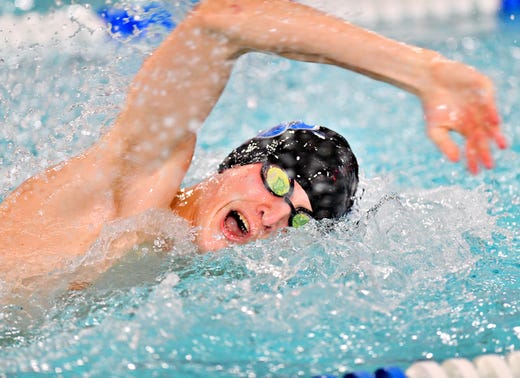 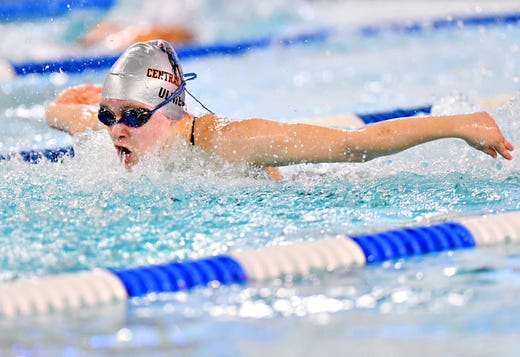 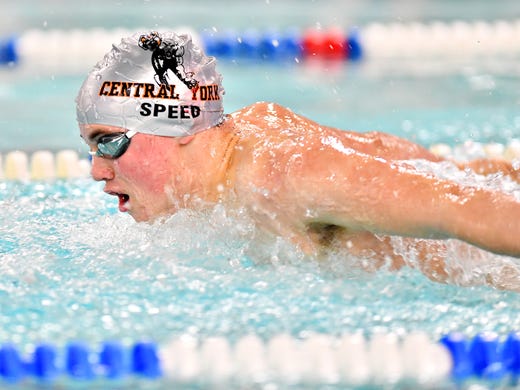 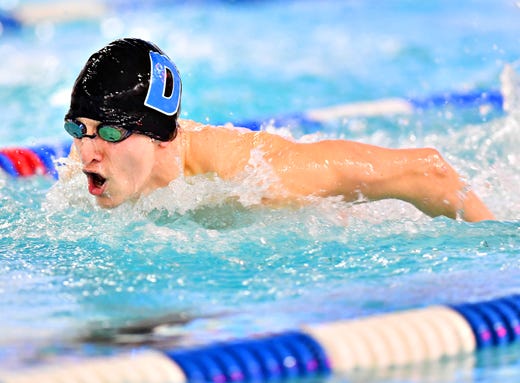 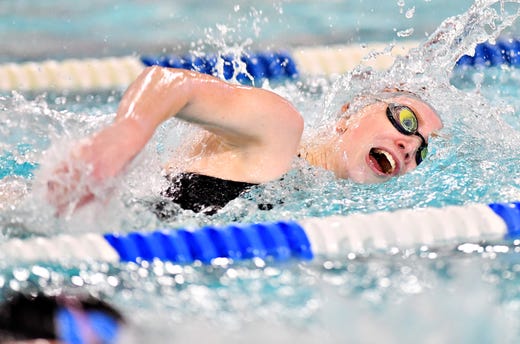 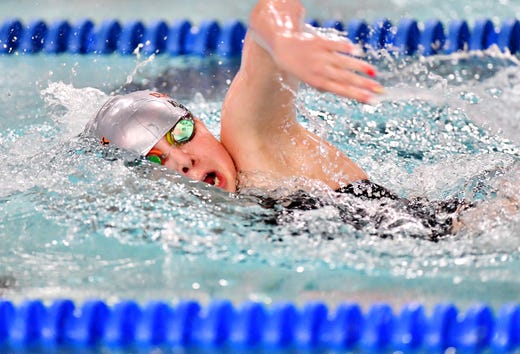 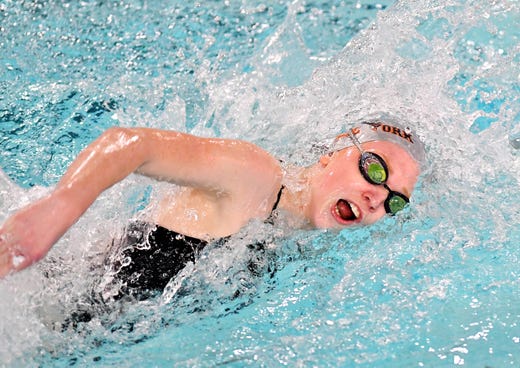 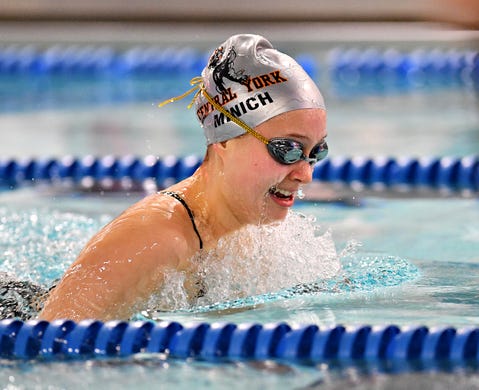 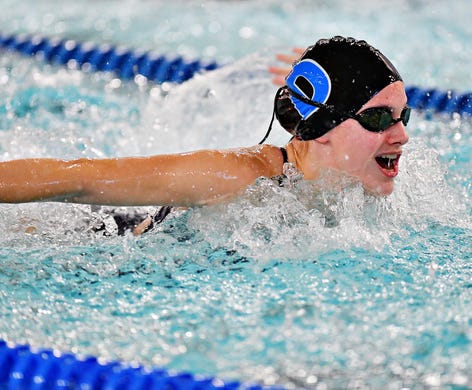 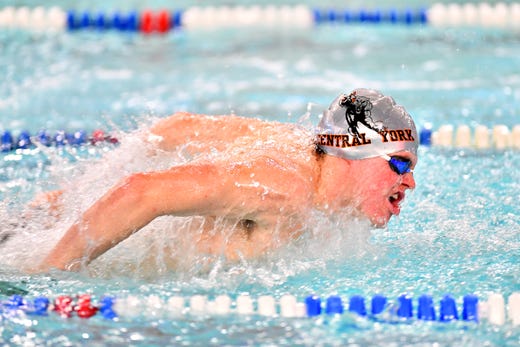 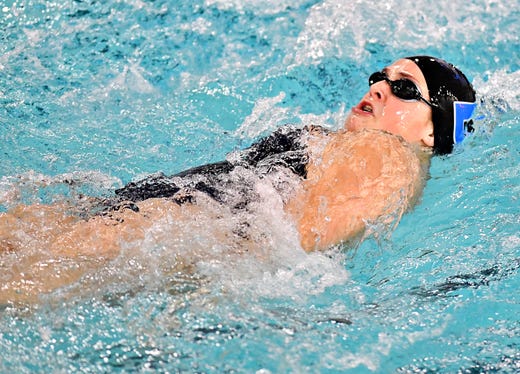 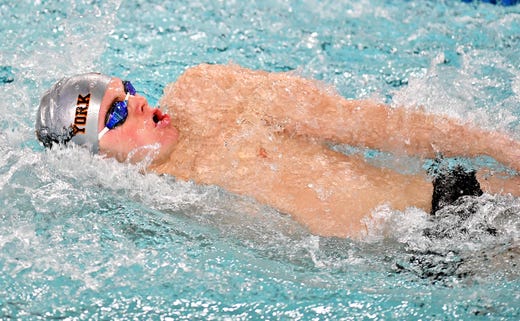 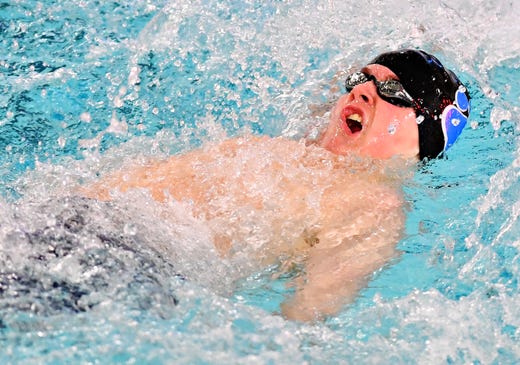 DALLASTOWN — There was certainly a lot of motivation for the Central York boys’ swimming team heading into Thursday’s York-Adams League Division I clash with reigning champion Dallastown. 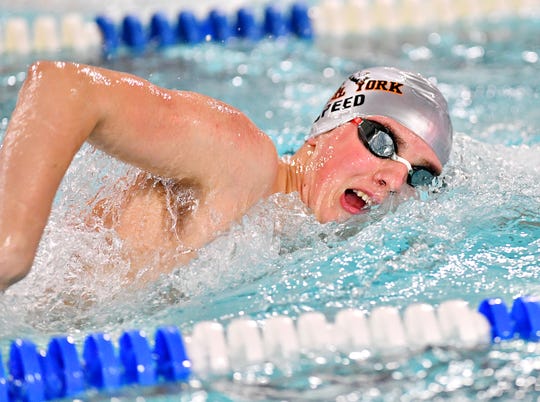 After coming close a year ago to capturing the school’s first-ever D-I title, the Panther boys had their minds set on taking down the Wildcats this year.

Thanks to big nights from junior Cameron Speed and senior Patrick O’Neill, the Central boys took their biggest step toward the division crown. The Panthers downed Dallastown 93-77 in a battle that may ultimately decide the eventual division champion.

The Panthers still have to defeat South Western, who will swim against Dallastown next week, to ultimately secure the crown, but Thursday’s victory was clearly the biggest obstacle to date.

The Central girls made the night even more joyous with a terrific performance. The Panthers claimed an impressive 96-74 triumph to earn the program’s first-ever back-to-back victories over the Wildcats.

“We thought we had an opportunity (to sweep Dallastown) last year, but the boys came up a few points short,” Central coach James Gingerich said. “And we used that as a big motivational tool this year.”

Central boys lead from start: The environment at a packed natatorium at Dallastown did not prove to be too much for the CY boys. The Panthers claimed the lead from the get-go by capturing the 200 medley relay. The lead was extended when O’Neill dominated in the 200 freestyle, an event he won by nearly a full 10 seconds.

Speed, who swam first in the 200 medley relay, then claimed the 100 butterfly before O’Neill bested teammate Clayton Brosend to win the 100 free. For good measure, Speed won the next event, the 500 free, to put the visitors ahead by a comfortable margin.

“This was definitely big for us,” Speed said. “We’ve been talking about this (beating Dallastown) ever since the girls won last year. This has been our entire goal for the past year.”

Speed and O’Neill had their hands in six overall first-place finishes, but Speed gave credit to the entire team for Thursday’s historic victory.

“Getting a banner was a huge deal for all of us,” he said. “And it's something that every single one of us has worked hard for.”

Wildcats coach still smiling: While the Wildcats came up on the short end of the results on both sides, coach Gina McHenry was all smiles afterwards. The reason was actually not all that complicated.

“This is the epitome of high school sports,” she said. “A competition like this against Central York … that’s what it’s all about. And the kids did exactly what we had them pegged to do on paper. So I can’t be disappointed in that.”

Joel Dunnigan won the 50 free and anchored Dallastown’s 200 free relay team to victories. Quinn Granholm earned the Wildcats' only other first-place finish by capturing the 100 backstroke.

Samantha Trumble (50 free, 400 free relay) was part of the only two first-place finishes for the Wildcats.

Northeastern 102, Red Lion 78: At Manchester, the Bobcats were led individually by Hunter Bachman capturing the 200 IM and 100 fly, while teammate Levi Morgan won the 50 free and 100 free. The Bobcats captured first in nine of the 12 events.

Susquehannock 126, New Oxford 30: At Shrewsbury YMCA, the Warriors captured first place in 10 of the 11 events. Individually for the Warriors, Christian Hetzer won the 200 free and 500 free, while Matthew Keuler won the 100 breast and 200 IM and Rohit Kandala won the 50 free and 100 fly.

Susquehannock 103, New Oxford 63: At Shrewsbury YMCA, individually for the Warriors, Katlyn Baer won the 200 IM and 500 free, while Jessica Dauberman won the 100 fly and 50 free. For the Colonials, Lauren Richter won the 200 free and 100 free.

Lampeter-Strasburg 75, Eastern York 66: At Lampeter, the Golden Knights dropped the nonleague contest, despite 20 points from Trevor Seitz. Demonte Martin had 14 points for Eastern, while Dustin Cunningham added 10. Eastern fell to 10-3. L-S improved to 11-1. L-S used a 35-18 bulge in the middle quarters to earn the win.

Kennard-Dale 45, Lampeter-Strasburg 32: At Fawn Grove, the Rams continued to roll behind 14 points from Jaedyn McKeon. With the nonleague triumph, K-D improved to 13-1 overall. L-S fell to 9-3.

Northeastern 52, Annville-Cleona 39: At Manchester, the Bobcats triumphed behind double-digit efforts from Maddie Hall (13) and Camryn Maxfield (10). Northeastern (4-9) dominated the first and fourth quarters to the tune of combined 33-15 margin. A-C fell to 5-9.

Red Lion Christian 41, Harford Christian 26: At Harford, Bailey Sanders had 26 points and 16 rebounds to power RLC to the victory.