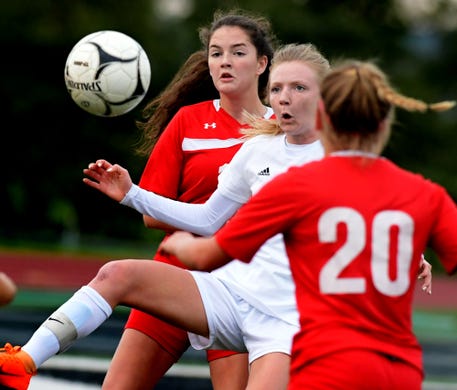 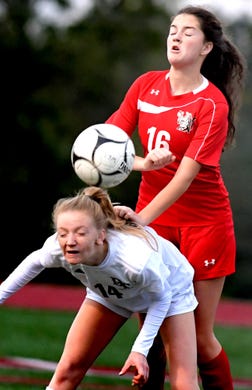 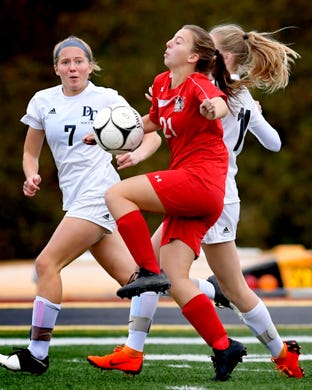 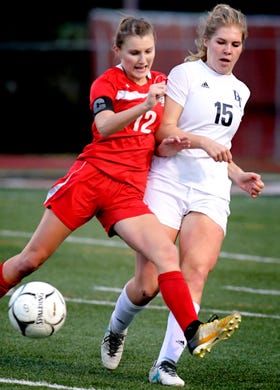 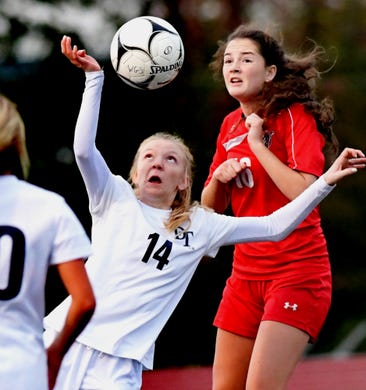 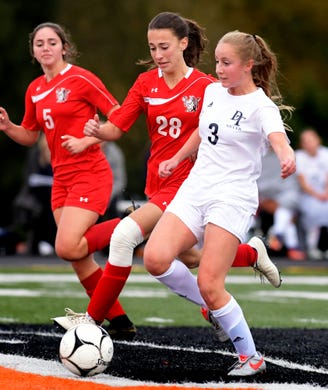 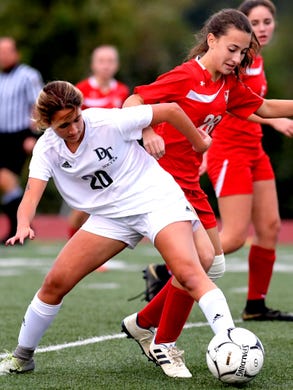 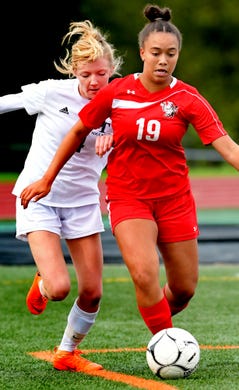 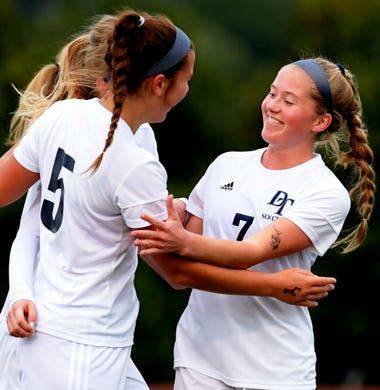 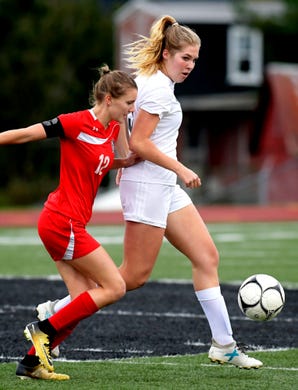 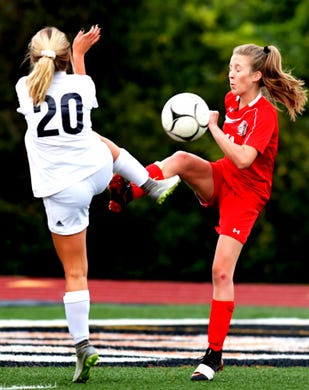 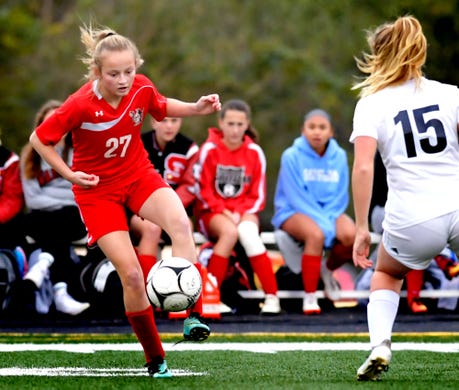 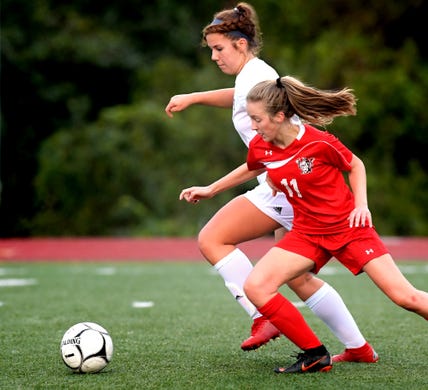 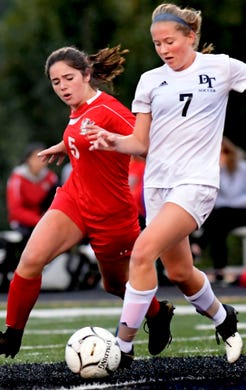 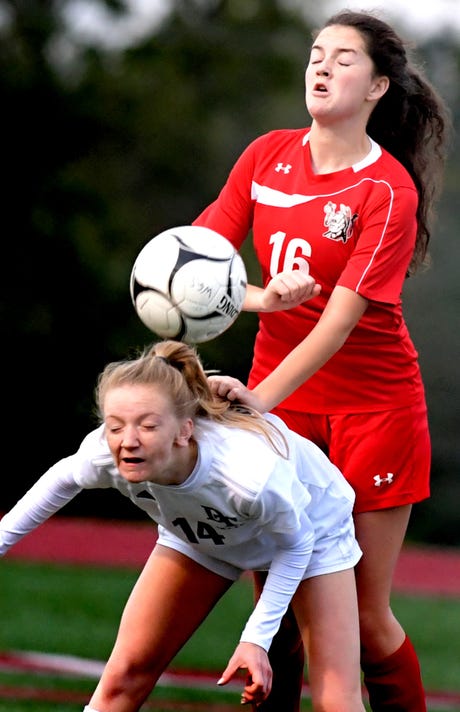 The Warriors have typically been tasked with taking on the No. 3 seed from Division I. The result has been anything but satisfactory. Coach Pat Brubaker’s club has been one-and-done in each of the previous three seasons.

Brubaker was hoping his team would finally kick the curse this time around, but it was just more of the same when his club squared off Tuesday evening against Dallastown in a quarterfinal clash at Northeastern High School.

The Wildcats, who actually finished in a second-place tie with Central York behind Division I champion Red Lion, took a lot of the life out of the Division II champs early. Goals by Emma Schmitt and Ashley Robinson quickly put the Warriors behind by a pair of goals midway throught the first half. That deficit quickly grew to three 10 minutes into the second half.

Despite a comeback attempt, the Warriors were unable to dig themselves out of the early hole, falling, 3-1.

Dallastown (13-4-1 overall) moves on to Thursday’s semifinals, where they will get a third battle with D-I rival Central York (12-4-1). The Panthers routed Littlestown, 6-1, in a quarterfinal at Red Lion Tuesday.

“It was a big hill to climb,” Brubaker said after his team fell to 10-5-1. “That said, I love this team. We have a lot of scrappy players. We started the year 1-3 and we didn’t put our heads down. We just kept our heads in there and just kept scrapping and scrapping.”

Against a team such as Dallastown, opponents can ill afford to fall behind by much. The Wildcats enjoyed much of the play in the first half.

The only thing that Dallastown coach Scott Austin could say was disappointing was the fact that he felt his team got too complacent after taking a 3-0 lead on a Hannah Larson score with 30 minutes left in regulation.

“We were up 2-0 at half and I was very happy with that,” Austin said. “However … a two-goal lead is the worst score in soccer because you think you’re fine and you get comfortable. And we found out that Susquehannock is a great team with a great coach. Coach Brubaker and I have been friends and we’ve coached together for years in club at the Pennsylvania Soccer Academy and I was expecting nothing less than their best from them.”

Emily Rathell broke Dallastown’s shutout bid just two minutes after Larson’s tally. The Warriors had a couple of other chances to draw to within a goal, including a shot from in the box with just more than three minutes left that required a strong save from Wildcat goalie Ashley Wakeling.

“We were lucky to get that early second-half goal,” Austin said. “Because they threw one down our throat right after that. And then they had a chance with three minutes left and all of a sudden you have a ballgame.”

If Austin was expecting a battle Tuesday against the Warriors, he knows that Thursday night’s semifinal with the Panthers will be a war. The two teams split their regular-season showdowns, with Austin’s club winning the second showdown last week. The game is set for 5:30 p.m. Thursday at Northeastern.

Thanks to the District 3 power ratings, it appears that Dallastown and Central York could see each other again come districts.

“No matter what, it looks like we’ll play Central in districts,” Austin said. “So we could see each other four times in a one season. We’re currently tied 1-1 and we’ll have to see how it unfolds.”

Central York 6, Littlestown 1: At Red Lion, after a scoreless first half, the Panthers (12-4-1)  erupted for six second-half goals to move to the league semifinals. Ava Myers (two goals, assist) and Chloe Carns (goal, assist) paced Central. Hannah Ferguson, Lauren Carns and Jill Krentz also scored for the Panthers. Sophia Yerger and Katelyn Mair added assists. Central will face D-I rival Dallastown in the semifinals at 5:30 p.m. Thursday at Northeastern. The Wildcats beat Susquehannock in their quarterfinal, 3-1. Littlestown fell to 14-5.A

Fairfield 3, York Suburban 1: At Bermudian, the Green Knights broke away from a 1-1 halftime tie. Fairfield improved to 18-0. Suburban fell to 12-5-2.

Susquehannock 3, Biglerville 0: At Manchester, the defending Y-A playoff champions rolled to a quarterfinal victory. The Warriors improved to 16-2-1. Biglerville fell to 15-3-1. Susquehannock will face Gettysburg in an all-Warriors semifinal at 7:30 p.m. Thursday at Eastern York.

York High 2, Littlestown 1: At Littlestown, the Bearcats rallied from a 1-0 halftime deficit to earn the win. York High improved to 9-8-1 on the season. Yair Rodriguez and Aris Corcuera had the York High scores. Jose Garcia-Habana had three saves to get the win in goal.

Central York 4, Eastern York 2: At Dover, Kyra Heap had two goals and two assists to lead the Panthers (14-5) to a Y-A quarterfinal triumph. Central advances to league semifinal action at 7 p.m. Thursday at Bermudian Springs vs. Dallastown. Eastern dropped to 12-6. Kaitlyn Merritt and Victoria Whitehead also scored for Central. Addison Malone scored both of Eastern's goals, while Cassidy Arnold had two assists. Kelsey Felix had 15 saves in the loss. Sydney Valdes had three saves in the win.

Red Lion 1, South Western 0: At Wrightsville, the Lions (12-7) nipped the Mustangs (13-6) in a Y-A quarterfinal. Kaiya Edwards scored a first-half goal. Red Lion advances to semifinal action at 5:30 p.m. Thursday at Bermudian Springs vs. Bermudian. The Eagles (18-0-1) won their quarterfinal over New Oxford, 1-0.

Dallastown 2, Littlestown 0: At Wrightsville, the Wildcats blanked the Lady Bolts in a Y-A quarterfinal contest. Lily Cantabene scored both Dallastown goals. The Wildcats outshot Littlestown, 24-2. Dallastown improved to 13-6 overall, while Littlestown dropped to 13-5-1. Dallastown will battle Central in a semifinal at 7 p.m. Thursday at Bermudian Springs.

York Tech 1, Waynesboro 0: At Spry, the Spartans picked up their third win of the season in a nonleague contest.

Manheim Twp. 4, Dallastown 0: At Racquet Club West in Lancaster, the sixth-seeded Wildcats dropped the District 3 Class 3-A semifinal to second-seeded Manheim Twp. (12-0). Dallastown (12-3) will now compete in the District 3 3-A third-place match at 4 p.m. Thursday at the Hershey Racquet Club vs. top-seeded Carlisle (16-1). The winner of that match will advance to the PIAA Class 3-A state team tournament. Carlisle lost its semifinal to fourth-seeded Conrad Weiser, 3-1.