PREP: Adam Freese poured in 31 points to lead the unbeaten Kennard-Dale boys' basketball team to a 50-44 win over Penn Manor on Wednesday. 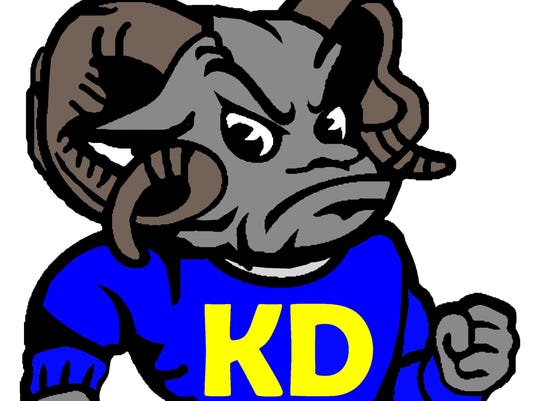 The Kennard-Dale boys' basketball team continued its unbeaten start to the season by defeating Penn Manor on Wednesday, Dec. 13, 50-44.

The Rams (4-0) built a five-point lead by halftime, holding the Comets (1-3) to 16 points at the break, before Penn Manor made it a three-point game going into the final quarter. K-D then responded with its best offensive quarter of the game to pull out the road victory.

The win for the Rams was their second in two days and the second time they've played and won on back-to-back days to start the year.

K-D's Adam Freese was unstoppable, pouring in a game-high 31 points, with three 3-pointers.

Dallastown dropped to 0-10-1, while MSM United is 2-5-1. Brock Stitley and Noah Flaharty each scored a goal for Dallastown.

Penn Manor (4-4) scored seven times in the opening frame. Cody Rodgers and Julianna Baibos provided the only offense for Susquehannock (1-8-2), each scoring a goal.