HOUSEHOLDER: Some of biggest names in NASCAR history have earned Cup Series wins in area

Some of the biggest names in NASCAR history have earned Cup Series victories on the area dirt-track circuit.

HOUSEHOLDER: Some of biggest names in NASCAR history have earned Cup Series wins in area 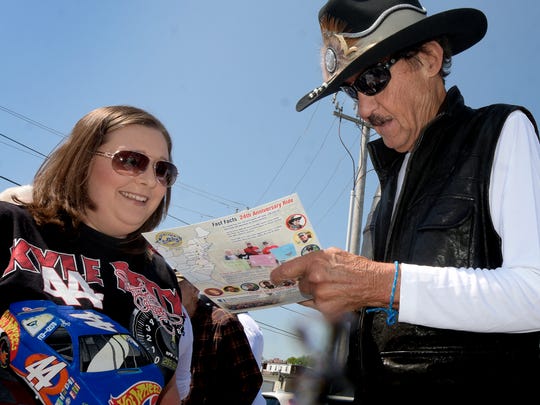 The Daytona 500 will be run this Sunday afternoon.

A few of the drivers set to race in this year’s event have done some time on the local dirt-track circuit. In fact, both Christopher Bell and Kyle Larson have won locally in recent years, while Ryan Blaney’s grandfather, father and uncle have all won in this region.

That’s about as close as we can come to having a NASCAR Cup event locally anymore.

That wasn’t always the case.

At one time, the top drivers from the NASCAR circuit came to the area to race in what are now Cup races. Lincoln Speedway held seven races for what is now the Cup series, and another four for the same cars, but in a special short-track series. Lincoln also hosted one race for the convertible series that ran the same cars, but without roofs.

Williams Grove also hosted a Cup Series event and had two more rained out. Since the Grove was usually aligned with the Indycar circuit, many people forget that it also ran AAA and United States Auto Club stock-car races that drew top drivers to the era.

Drivers who have won national stock-car races at Lincoln and the Grove account for 619 wins on NASCAR’s Cup Series win list. It includes some of the biggest names in NASCAR history.

Let’s take a look at the stock-car history on the local tracks.

Williams Grove's stock-car history: The first time a national stock-car series came to the local tracks for an event was at Williams Grove on Aug. 10, 1941. The cars in question were the AAA stock cars and the race was won by Walt Keiper. AAA was back at the Grove on July 6, 1952, with seven-time NASCAR Cup winner Marshall Teague taking the win.

AAA successor USAC sanctioned four national stock-car events at the Grove. The first, on Aug. 10, 1957, went to Jerry Unser, an older brother of Indy 500 winners Bobby and Al Unser. Local modified ace Frankie Schneider won a USAC stock-car race at the Grove on May 21, 1959, while Les Snow was the winner of a similar event on June 29 of that year. The last USAC stock-car race at the Grove was held on June 25, 1961. Nine-time NASCAR Cup winner Paul Goldsmith was the winner.

The Grove also hosted an ARCA stock-car race on June 1, 1969. The 1973 NASCAR champion, Benny Parsons, a winner of 21 Cup races, was the winner of that race. 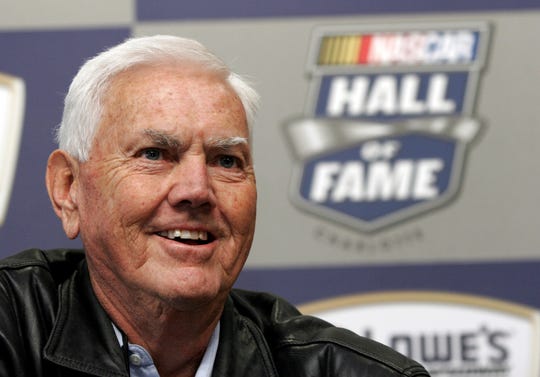 Lincoln Speedway and the Cup Series: Lincoln Speedway has a much larger history of NASCAR Cup racing. The first race for the series at Lincoln was held on June 10, 1955. Legendary racer Junior Johnson won the race in a 1955 Oldsmobile. It was one of his 50 career wins in the series as a driver.

On June 25, 1958, Lee Petty drove a 1957 Oldsmobile to a win at Lincoln. The win helped propel the patriarch of the famed family to the second of his three NASCAR titles that year. Lee Petty won 54 Cup races during his career.

NASCAR’s top series didn’t return to Lincoln until 1964, when three-time champion David Pearson drove a 1964 Dodge to the win. Pearson is second on NASCAR's Cup Series win list with 105.

Other Lincoln stock-car action: While the Cup Series didn’t race at Lincoln between 1958 and 1964, there was national stock-car racing there most of those years. The USAC stock cars came to Lincoln on Aug. 15, 1959. Midwestern stock-car ace Iggy Katona was the winner.

NASCAR returned to Lincoln from 1960 through 1962, but this time it was with the National Short Track Series. These were the same cars that raced on the Cup Series, but the races were all held on short tracks and didn’t count toward the Cup points or toward the win list used today.

The first race was held on Oct. 27, 1960. Elmo Langley won that race. Langley, who is credited with two wins on the Cup list, also won the last short-track series race at Lincoln on Sept. 8, 1962.

In between were races on July 1, 1961, and June 3, 1962. The 1961 race was held as an undercard to the night’s regular modified race. The Lincoln feature that night was won by Delta’s Johnny Mackison, one of 17 races he would win at Lincoln that year. The winner of the NASCAR race was some guy named Richard Petty, who would go on to win 200 races and seven championships in NASCAR’s top series.

A one-time Petty teammate, and a winner of 25 cup races, Jim Paschal, was the winner of the short-track series race held at Lincoln on June 3, 1962.

In the mid-to-late 1950s, NASCAR also had a convertible class. These were the same cars as the top series, but they didn’t have roofs. In fact, stories about Richard Petty’s career note that he often raced the family convertible, with a roof added, back when he was starting his career. Lincoln hosted the convertibles once. It took three tries to beat the rain before Curtis Turner drove his Ford to the win on July 21, 1956. Turner owns 18 career NASCAR Cup wins.

NASCAR also held a Grand American stock-car race at Lincoln sometime in the early 1970s. The Grand American Series raced the “pony” cars, such as Camaros and Mustangs. When many of the top series drivers decided not to race in the very first race at Talladega in 1969, it was the Grand American cars that filled out the field. It was these same cars that raced at Lincoln in the early 1970s. Former Daytona 500 winner and three-time Cup Series winner Tiny Lund was the winner of that race in a Camaro.