Last week was a tough one for central Pennsylvania racing fans and competitors. 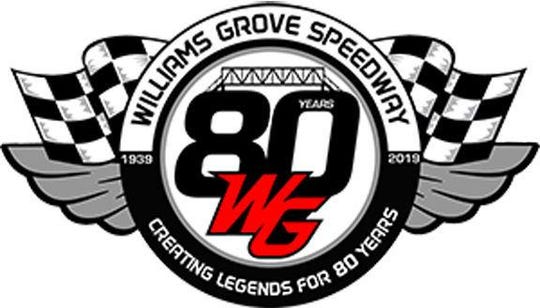 Last week was a tough one for local racing fans and competitors.

Of course, the tragic fatal accident at Williams Grove Speedway on Friday evening is foremost in everyone’s mind. That accident claimed the life of Richard Speck.

Even before the accident, however, local racing lost several other good people. Glenn “Rudy” Rudisill, Winnie Weikert, Ralph Heintzelman Sr. and Bruce McClane Jr. all died during the last week or so.

Rudisill was a retired York-area auto body shop owner who was a longtime supporter of local auto racing. His best-known connections were with Bob Stewart’s Apple Motorsports Team and mechanics Ed and Lee Stauffer. Rudisill, however, was one who quietly helped many local race teams. He was also a big supporter of the York County Racing Club over the years.

Winifred “Winnie” Weikert was the widow of famed local car owner Bob Weikert, and that made her, too, a longtime supporter of local auto racing. “Miss Winnie” spent many years at the local ovals and I can even recall several of the Weikert sprint cars being nicknamed “Miss Winnie.”

Heintzelman was one of the area’s top racing mechanics for many years. Best known for his time with the Dick Bogar-owned, Jan Opperman-driven No. 99 sprint cars, Heintzelman also spent several years with Lynn Paxton and the No. 1 machines.

McClane came from a York County racing family with ties in the sport back at least into the 1960s. He did some racing of his own, but was also helpful in the careers of his brothers and cousins. Most recently, he owned four Legends cars that were still racing at the time of his passing.

Speck was one of the many unsung heroes of local auto racing. He’s been described as a spectator in several accounts, but that is not true. He supported local tracks each week as a push truck driver.

Those who are unfamiliar with sprint racing may not know how important push trucks are to the sport. Sprint cars are purpose-built racing machines that are direct drive. The engine is hooked directly to the rear axle. There is no transmission or gear box. The cars don't have starters or batteries. The only way to start the engine in a sprint car is to push the car until the wheels turn and the engine fires. That is why push trucks are so important to the sport.

A retired school teacher from the Northern York school district, Speck was also a longtime fan of local auto racing. There are number of people involved in racing around the area who might even call him a mentor, since they were in his classes during their school years, and he always supported their racing interests.

Speck was struck by a sprint car that flipped over the inside guard rail and catch fence and hit his truck. The last time a crashing race car entered that area of the pits was in 1962 before there were any barriers between the track and the pit area.

My thoughts and prayers go out to all of the families who lost loved ones this week.

This week: A number of local race tracks take this week off for a summer break, while the big national events go on in Knoxville, Iowa.

Sprint racing’s biggest event runs Wednesday through Saturday at Knoxville, with several other events around that area as well.

There will be some racing on the local tracks. Friday, Trailway Speedway hosts 358 sprints, 270cc micro sprints, street stocks and limited stocks.

Path Valley Speedway hosts the late models on Friday and the wingless super sportsmen on Saturday.

The only local track racing 410 sprints this week is Lincoln Speedway, where the 410s are joined by the 358 sprints and Mid-Atlantic Modifieds.

Williams Grove, Port Royal and BAPS speedways are all scheduled to be off this week.

1991: On this weekend in 1991, Lenny Krautheim III drove his No. 3K to his first win of the season at Williams Grove on Friday evening.

Just to prove it was no fluke, Krautheim was back in victory lane the next night at Selinsgrove.

Phil Walter drove his own No. 63 to the Friday win at Clinton County for his third win of the season.

Saturday at Lincoln, Steve Stambaugh was in victory lane for the third time that season in Bob Stewart’s Apple Motorsports No. 12. Also on Saturday, Kenny Adams made it two in a row at Port Royal in the Stallings No. 28.

Bobby Weaver was the Sunday winner at Susquehanna Speedway in the Zemco No. 1. It was second win of the season for the "Free Bird."