HOUSEHOLDER: Lincoln Speedway to make another try at opener, but Saturday forecast iffy

Lincoln Speedway will again attempt to open the local racing season on Saturday afternoon. The long-range forecast, however, looks iffy.

HOUSEHOLDER: Lincoln Speedway to make another try at opener, but Saturday forecast iffy 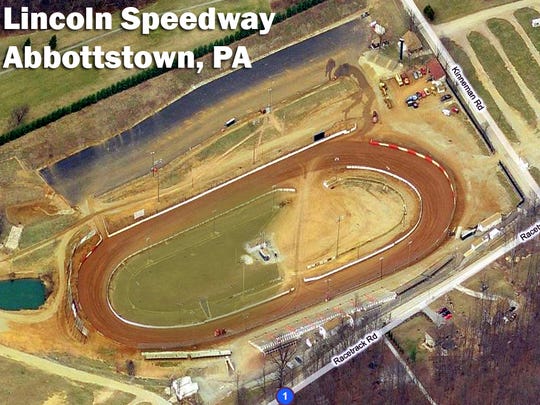 Lincoln Speedway near Abbottstown opened its 2017 season with the Ice Breaker 30 on Saturday. It turned into a long and eventful day. (Photo: PHOTO COURTESY OF LINCOLN SPEEDWAY)

The local racing season didn’t get a chance to kick off last weekend.

Lincoln Speedway was forced to postpone action because of wet grounds.

Snow at midweek wiped out Saturday’s slate, and then overnight rain also ended a chance at the Sunday rain date.

Lincoln will try again this Saturday, and again there is a Sunday rain date. The 410 sprint cars will run in the Icebreaker 30 with $4,000 on the line for the winner.

The long-range Saturday forecast calls for 48 degrees for a high with a 50 percent chance of rain.

Past Lincoln openers: Lincoln first tried for a February opener in 1994. It didn’t work out that year, either. Bad weather pushed things back to March 20 before racing action got into the books, with future National Sprint Car Hall of Fame driver Glenn Fitzcharles scoring his first career 410 sprint win. Fitzcharles is the all-time win leader with the United Racing Club 360 sprint group. 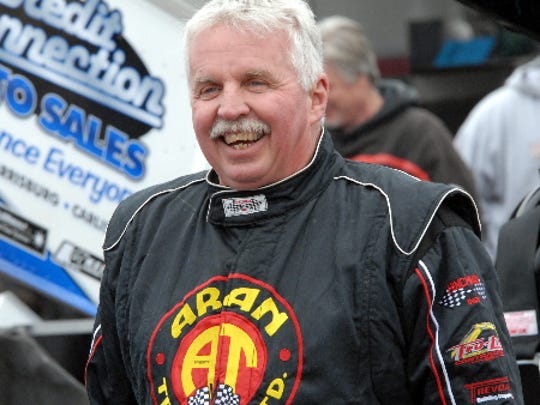 Lincoln got its next six February openers into the record books before losing one week to Mother Nature in 2001. During that time frame, Lincoln got in its earliest-ever opener when Fred Rahmer, in Al Hamilton’s No. 77,  won on Feb. 20, 1999.

After that, it was hit a year, miss a year up until 2007, when it was two years of March openers, followed by one in February, and then the current cycle of two on, two off began.

This is the second year in a row when Lincoln didn’t get its February opener in the books.

Overall, since Lincoln started its February openers, the record shows 14 seasons starting in February and 12 that didn’t.

The practice actually began at Hagerstown in 1984 when Keith Kauffman scored the win in Al Hamilton’s No. 77. Hagerstown was 4 for 6 in getting in the openers during February between 1984 and 1993, before Lincoln began its February schedule.

During Hagerstown’s run at February openers, the sprint season opener only happened there five times in 10 years, since the Hub city oval often only scheduled the sprints for one week before going to its late-model schedule. On those occasions, Williams Grove hosted the season opener for the sprints.

Since Lincoln began its February openers, only once, since 1994 has it missed hosting the season-opening race for the local sprints. That was in 2010, when four consecutive weather-related cancellations allowed Williams Grove to open the season one night before Lincoln opened. Rahmer opened that season with the Grove win on March 19, 2010.

The three-at-once openers were actually the first time I have recorded multiple tracks opening the season on the same day. That was in 1957, and two of the tracks hosted the stock cars that were the area’s main class at the time, while the other hosted the United States Auto Club sprints.

Williams Grove and Susquehanna speedways both opened for the stock cars on March 31 that year, while the Reading Fairgrounds was in action with the USAC sprints.  Johnny Thompson won the race at Reading.

Two of York County’s finest were stock-car winners that day. At the Grove, it was the “Delta Dart,” Johnny Mackison Sr., in victory lane, while at Susky, the “Seven Valleys Chicken Farmer,” Bobby Hersh, was the winner.

Other two-track openers: In 1958, Williams Grove and Susquehanna again opened the season on the same day, April 13, but this time the stock cars were at Susky and the USAC sprints were at the Grove.

Thompson won at the Grove in the sprints, while Troy Funck was Susky’s stock-car winner.

The 1959 season again saw two tracks opening on the same day, April 5. This time Susquehanna again had the stock cars, while the USAC sprints were at Reading. Hersh was Susky’s stock-car winner, while at Reading it was Elmer George who scored the victory. George married into the Hulman family that owns the Indianapolis Motor Speedway, and his son, Tony George, headed up Indy Car racing for a number of years.

Two tracks opening on the same day again happened in 1964, on March 29. This time Susquehanna hosted the “bugs” that were replacing the stock cars on the local circuit, while the USAC sprints were at Reading. At Susky, Johnny Crawford Sr. drove to his only bug win of the season in his own racer, while at Reading, it was legendary A.J. Foyt who won the USAC race.

The last time two tracks opened the local season on the same date was in 1972, when Susquehanna and Hagerstown both hosted the sprint cars. Manchester’s Ed Zirkle won the Susky race, while at Hagerstown, it was Loganville transplant Kenny Weld who won in Bob Weikert’s No. 29. That was on March 12.

As he had done the week before at Hagerstown, Steve Smith opened the Lincoln season on Saturday with a win in his own Leiby’s Mobile Homes No. 19. Counting his win in the opening race of the Florida sprint series at JAX a month earlier, Smith had won three season openers that year.

Williams Grove was set to race on Sunday afternoon that year, and got as far as the feature before rain hit the speedway. The feature would be made up the following Sunday, and when it was done, Smith would have his fourth season-opening victory of the season.