It’s nearly a month away, but the District 3 Class 3-A Boys’ Volleyball Tournament is already shaping up as an absolute must-see event. 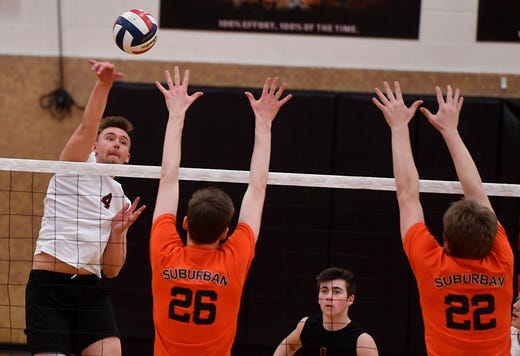 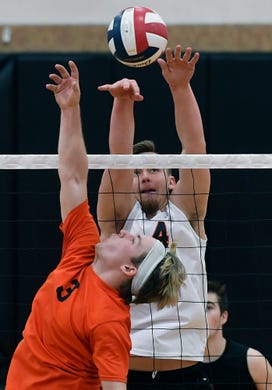 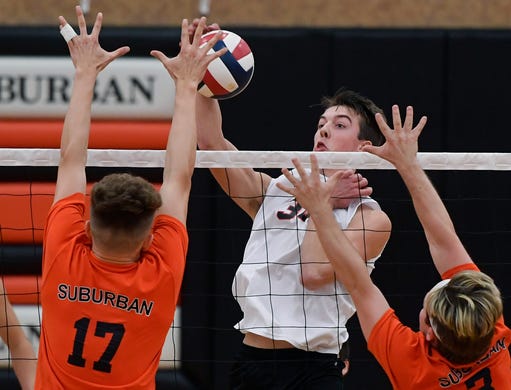 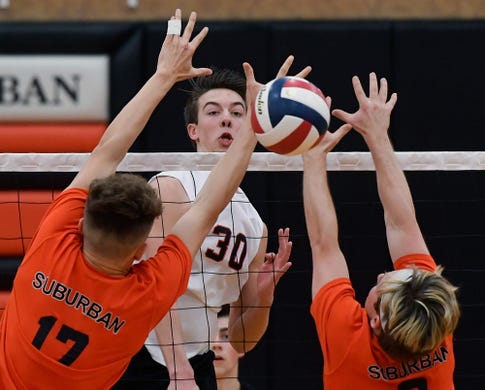 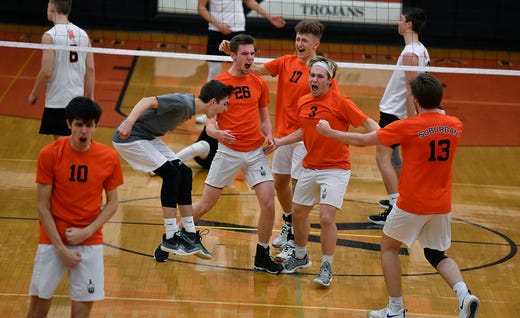 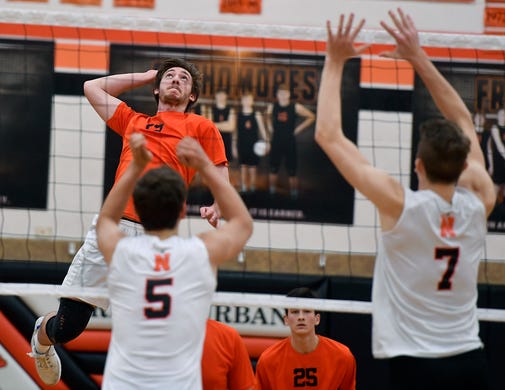 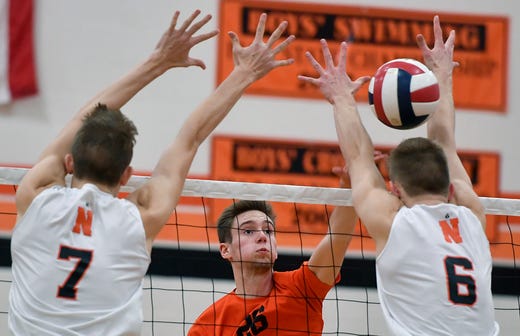 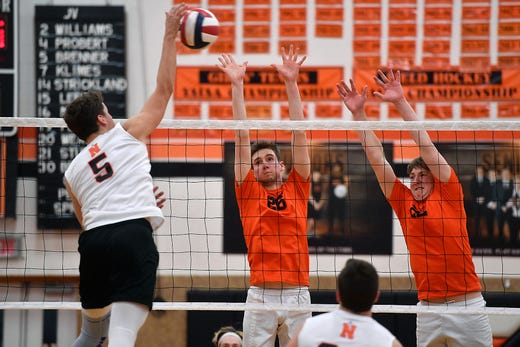 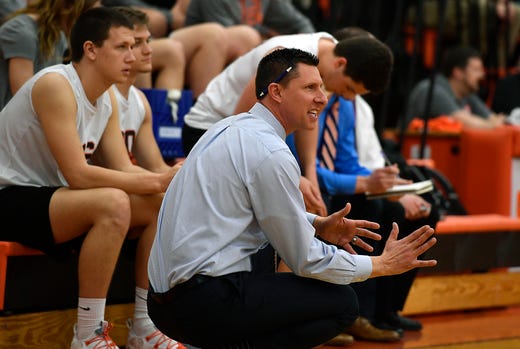 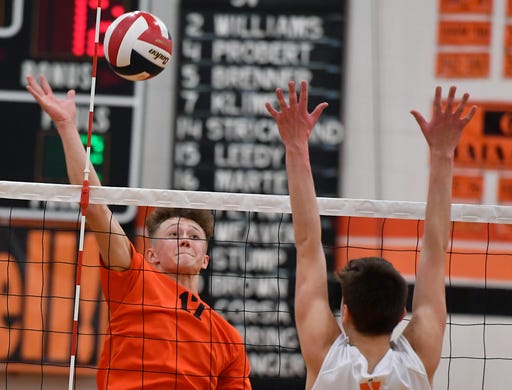 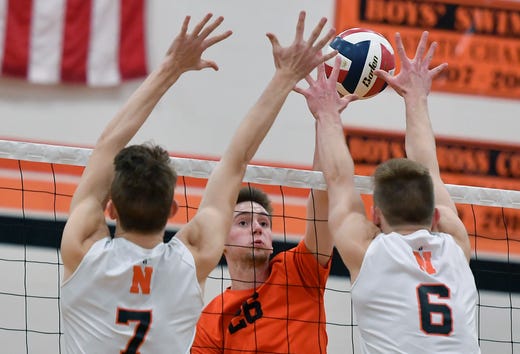 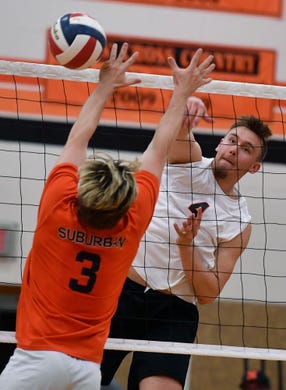 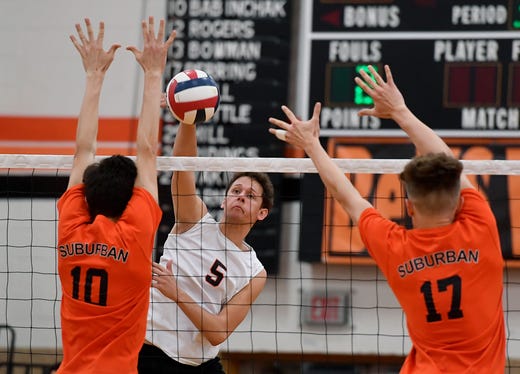 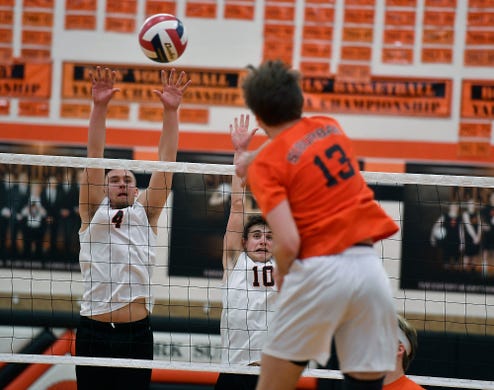 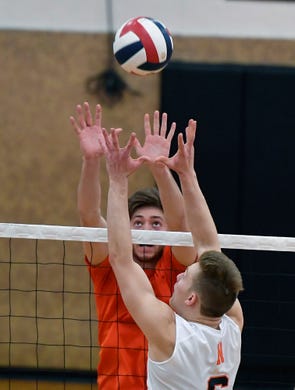 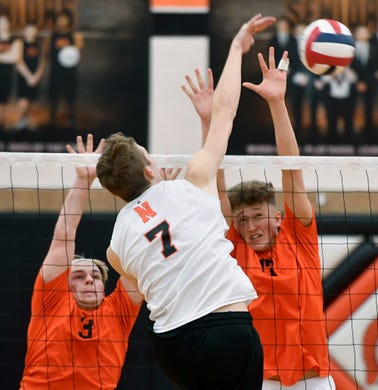 Northeastern head coach Matt Wilson has his Bobcats ranked No. 3 in the state in Class 3-A by the Pennsylvania Volleyball Coaches Association. (Photo: The York Dispatch)

It’s nearly a month away, but the District 3 Class 3-A Boys’ Volleyball Tournament is already shaping up as an absolute must-see event.

The quality of the teams promises to be at an elite level, and there’s no doubt that some top-notch programs will see their seasons end prematurely.

Only No. 5 North Allegheny, from District 7, breaks up the District 3 stranglehold on the top seven spots.

Since only five teams will advance to the state 3-A playoffs from District 3, at least one of those six ranked teams won’t make the PIAA field. That’s a shame.

Still, before last week, many area volleyball fans likely thought the District 3 3-A title would come down to another slugfest between York County powers Central York and Northeastern. 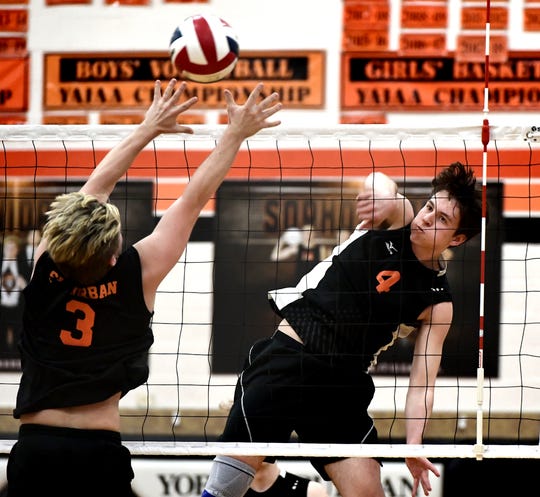 Central York's Matt Minkin slams a shot over York Suburban's Noah Chojnacki, left, during volleyball action at Suburban on Tuesday, April 2. Central, which is ranked No. 1 in the state in Class 3-A, won the match 3-1. Bill Kalina photo (Photo: Bill Kalina, The York Dispatch)

After all, the Panthers and Bobcats had seemed to separate themselves slightly from the District 3 pack. The two teams had already traded championships at some of the state’s most prestigious 2019 tournaments, while also trading the No. 1 spot in the state 3-A rankings by the PVCA.

Under-the-radar result: The District 3 3-A landscape, however, got a whole lot more interesting on Thursday night with a regular-season result that may have slipped under the radar a bit. In case you missed it, Cumberland Valley swept the Bobcats, 25-23, 25-23, 25-17.

The fact that CV won was only mildly surprising. After all, the Eagles are unbeaten in nontournament matches and they were playing on their home court. The fact that CV swept the Bobcats, including an impressive eight-point triumph Game 3 … well that was much more surprising.

It undoubtedly made for an interesting next practice for the Northeastern boys and their longtime head coach, Matt Wilson.

That victory definitely stamped CV as a legitimate district title contender. The Eagles now own wins over three of York County’s better programs — Northeastern, Dallastown (3-0) and Red Lion (3-1). Dallastown is 7-2, with its only losses to CV and Central. Red Lion, meanwhile, is 4-4, but don’t let that record fool you. The Lions’ four losses are to York Suburban (the top-ranked team in the state in 2-A), Northeastern, Central York and CV.

Nevertheless, the Lions could be left on the outside looking in when the district playoffs start on May 16. Red Lion is No. 16 in the latest District 3 power ratings and only 14 teams make the district field. The Lions’ schedule, however, is significantly more manageable over the next three weeks.

It should make for a battle royale in districts, starting with the very first round. Only two teams will earn first-round byes, and all of the first-round losers will be eliminated from the competition. That will make the seeding struggles over the coming weeks of utmost importance.

The top teams will desperately want to earn one of those two precious first-round byes into the quarterfinals, especially since the quarterfinal losers will still have the opportunity to earn a state playoff berth through consolation action.

Add it all together, and you should have a district tournament packed with cheers and tears, thrills and chills, agony and ecstasy.

It should be a blast to watch.

Steve Heiser is sports editor for The York Dispatch. He can be reached at sheiser@yorkdispatch.

Here are the complete state rankings from the Pennsylvania Volleyball Coaches Association.