HOUSEHOLDER: Greg Hodnett's death on Thursday at BAPS Motor Speedway will leave a void that won't be filled on the local racing circuit. 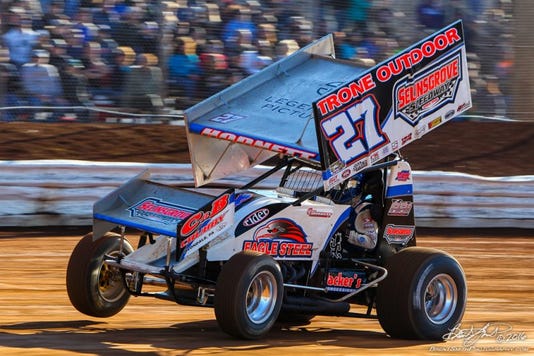 From the time I can remember, I have loved auto racing.

It's been a part of my life since even before I have memories.

Still, there are times when it’s hard to go on loving the sport.

This is one of those times.

I have always had a strong respect for anyone who drives a race car, and from the time when I was 6 years old and my uncle took me to driver Ed Zirkle for a haircut, I have been blessed to know many of the men who would become my heroes. In many cases, I’ve come to call them friends. Some, very close friends.

Now, we've all lost one of those men. I've also lost a close friend.

The tragic accident that claimed the life of Greg Hodnett on Thursday evening at BAPS Motor Speedway has deprived the world of a great race car driver, and an even greater man.

The Spring Grove-area driver was an educated man who was very well spoken. He was a fierce competitor, but a kind and giving man off the track — a man many went to when looking for a way to improve the sport. He was a man who would work hard to help make racing better, but who would also work to make things better for those around him.

Hodnett grew up near Memphis, Tennessee, in a racing family. His father Hoyett, was also a top-notch race driver. Hodnett started his career in racing with family cars.

It was just a few months ago, when Hodnett and I got together to try to come up with a listing of all of his many career wins. I learned more about his early career then and we tried to put together all of what has happened since that time. The early years were from Hodnett’s memory, while the wins since he came to this area were from my record keeping.

We had planned to go over what we had come up with once the 2018 racing season ended, when we both would have more time.

Hodnett’s first two wins came in 1986 in a family vehicle that was called a sportsman car in the Memphis area. It was a 360-cubic-inch engine modified sprint car. The next year he moved to full-on 360 sprints, scoring 19 wins before moving to the 410 sprints in 1989 and the World of Outlaws circuit not much later.

It was just before the 1998 Knoxville Nationals when a driver swap found Hodnett and Tim Shaffer switching rides. Shaffer took over the ride in the Selma Shell No. 11H that Hodnett had been driving, and Hodnett came to the area to drive for Bob Stewart’s Apple Motorsports team. 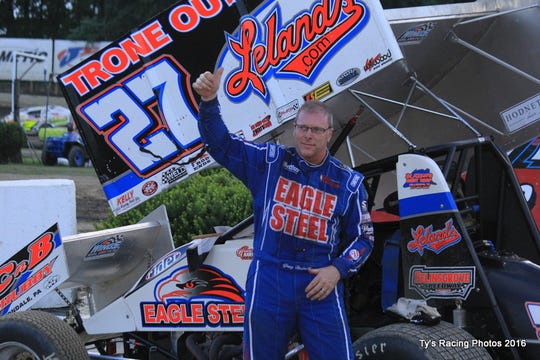 Hodnett’s first local win came on Aug. 30, 1998, against the All Stars at Selinsgrove Speedway. Before the year was out he had won races at Williams Grove, Port Royal and Sharon, Ohio, as well. That was just the start of a great local career that also included a number of wins on the road.

In all, Hodnett won at Williams Grove, Port Royal, Lincoln, Selinsgrove, Susquehanna, Big Diamond, Silver Spring, Grandview, Bedford and Hagerstown on the local circuit. He has documented wins in at least a dozen states.

From what we put together this summer, Hodnett won 252 times in 410 sprint cars and another 34 times in 360 sprint cars, for a total of 286 career sprint wins. Now we may never know if that win list is complete or not.

Hodnett's death has left a void that won’t be filled. He was a friend to many, a favorite of many and someone who will live on in the minds of everyone who loved local racing. To his wife, Sherry, and his family and team members, I send my thoughts and prayers.

Rest in peace my friend.

National Open: The World of Outlaws will be in town this weekend for the running of the 56th annual Williams Grove National Open.

Racing action begins with the preliminary night on Friday, with Saturday’s National Open offering $56,000 to the winner. Two-time Indy 500 winner Gordon Johncock won the first National Open in 1963, and over the years many of the nation's top drivers have won this event. Last year David Gravel was the winner. By the way, Hodnett won the 2009 National Open.

The only other local track in action this weekend is Trailway Speedway, which presents the Thunder on the Farm program Saturday, with the street stocks, limited stocks, mini- stocks, powder puffs and enduro racing scheduled.

Lincoln was rained out Saturday, while Selinsgrove managed to complete its show, with Brian Seidel getting his sixth win of the season in his father’s No. 98.

Then Sunday’s racing at Hagerstown was also washed out.

Bryan Householder writes about dirt track racing for The York Dispatch. He can be reached at sports@yorkdispatch.com.