HEISER: After a 5-0 start, the Kennard-Dale boys' basketball team is creating some serious buzz in southeastern York County. 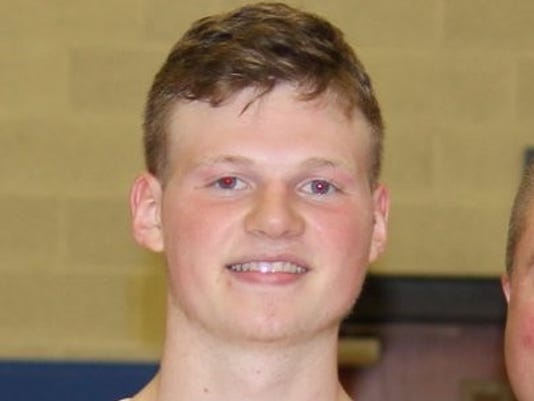 The folks down in Kennard-Dale can sometimes feel like the forgotten stepchildren of the York-Adams League.

You can hardly blame them.

Tucked away in largely-rural southeastern York County, the Rams’ athletic programs often toil in the shadows cast by the more high-profile urban and suburban schools in the densely-populated York area.

The 2017-18 K-D boys’ basketball team, however, is doing its best to emerge from those shadows and into the local spotlight.

In case you haven’t heard, the Rams have the potential to be seriously good this season.

They’re already off to a 5-0 start. They have a star player who recently surpassed 1,000 points in his career. And they’ve already galvanized a fan base in the South Eastern School District community that is hungry to throw their support behind them.

Honoring 1992-93 team: That support reached a new zenith Saturday night, when the Rams beat Solanco 58-40 in front a big crowd in Fawn Grove.

Those fans obviously came to see the 2017-18 Rams perform, but they also came to pay homage to possibly the most celebrated K-D athletic team in school history — the 1992-93 boys’ basketball team that won the District 3 Class 3-A championship.

It’s been 25 years since that team, behind star Adam Miller and coach Bob Rudisill, reached legendary status in the K-D region. That team was justifiably honored Saturday for its historic achievements.

Now, a quarter century later, there’s a new boys’ basketball team in Fawn Grove hoping to make some history of its own. 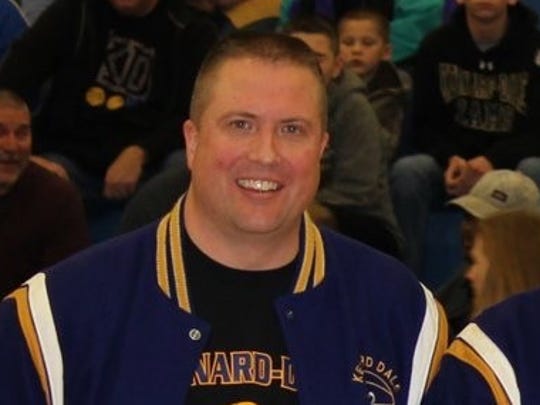 That six-year run, however, has been the exception, rather than the rule, in Fawn Grove.

Excitement building: The Rams’ 27-year-old head coach, Jake Roupe, is excited about what is going on down at Fawn Grove, and rightfully so.

“The community believes in us,” said Roupe, who is in his second year as the Rams' head coach. “We're getting great fan support.”

When asked what has been the key to his team’s success, Roupe responded with one word: “Chemistry.”

He pointed to one example to drive home that point, a tweet sent by seldom-used backup Carson Fish after a recent win over Penn Manor.

"We tell our kids to find your role and dominate it," Roupe said. "You got to have guys like Carson Fish." 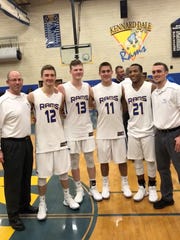 Fish's attitude, according to Roupe, is emblematic of the entire team.

“The players are just buying in,” he said. “I’ve had these guys for a while. I moved up (through the youth ranks as a coach) as they’ve moved up with me. We all have the same vision. The culture change started last year (during a 10-12 season). People asked if we thought we’d be this good and my answer was always ‘yes.’ My players’ answer was always ‘yes.’ The sky is the limit. We can do some really good things this year, but we're taking it one game at a time. It’s still early. We’re just five games in.”

Yes, but those five games have produced five wins, sparked by a defense that leads York-Adams Division II in points allowed per game (42.8).

Milestone moment: The latest win also produced a milestone moment, when the Rams’ standout, Adam Freese, surpassed the 1,000-point mark on Saturday, just adding to the festive atmosphere that night. After the game, he was joined in a keepsake photo featuring former K-D 1,000-point scorers Miller, Eaton, John Gemmill and Todd Shenk.

Freese, a 6-foot, 5-inch senior, is the Rams’ undisputed star, averaging 23.4 points per game, but according to Roupe, he doesn’t have a star’s ego.

“It’s not about how many points he scores,” Roupe said. “He wants to win for the team. He’s super unselfish. He’s great teammate, a great leader and he comes from a great family.”

That family includes Adam’s father, Greg, who is an assistant for Roupe and a former K-D head coach. Growing up with a coach in the family likely helped Adam develop what Roupe calls his “great basketball IQ.”

"Family" is a big deal for the Rams. They chant it every time they break the team huddle.

Freese is set to play for NCAA Division II Stonehill College, in Easton, Masschusetts, next season. Before then, however, he has some work to do with the Rams.

Freese gets plenty of help from his three senior teammates, Joey Thomas (8.2 ppg), Craig Potts (2.3 ppg) and Donnell Williams (7.4 ppg). They're called "The Quad," and together they form the heart of the team. The Rams have also gotten a big boost from 5-foot, 5-inch freshman spark plug Carter Day, who is second on the team in scoring at 9.8 ppg.

"Won't back down:" Roupe knows there are tougher games looming in York-Adams Division II, but he feels certain of one thing — his team "won’t back down" from anyone.

In fact, that’s his team’s motto. It’s written on the players’ gear. They even play the Tom Petty and the Heartbreakers song during warm-ups.

“No matter who we play, no matter what the situation, that’s how we feel,” Roupe said. “We won’t back down.”

Roupe can also be sure of one other thing. If his Rams keep piling up wins, they’ll no longer have to toil in shadows.

They’ll most definitely earn their place in the York-Adams League spotlight.