York College has handed out its major athletic awards for the 2019-2020 season. 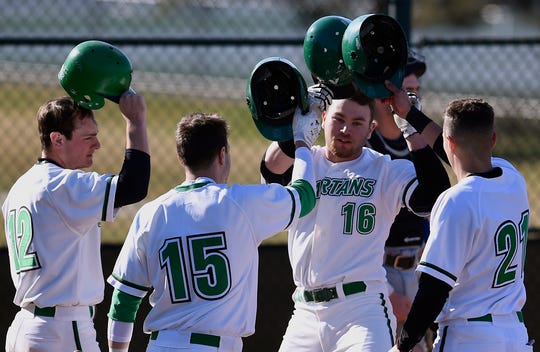 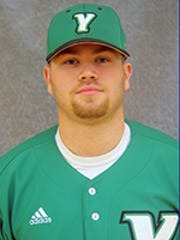 The winners were announced Wednesday.

Justin Kilpatrick: Kilpatrick overcame cancer to return to the Spartan baseball squad for his senior year. The Jaquet Award is presented to a member of an athletic team who is not necessarily the most outstanding athlete but who goes above and beyond what is asked or expected from them.

The Manheim Township High School graduate transferred into the Spartan program in the fall of 2018. After he finished his first fall season, he felt that something was wrong with his body. He lost more than 30 pounds and developed pneumonia that stayed with him for the entire winter. This affected him on and off the field, zapping all his energy.

After the pneumonia went away, Kilpatrick managed to have a solid first year for the Spartans. However, at the end of his 2019 season, Kilpatrick had a similar feeling that he had in the winter. He knew something was wrong but this time, he didn't wait to seek treatment. Kilpatrick went to the York Hospital and found out news that would change his life.

Kilpatrick was diagnosed with cancer in his right lung. He had an infection in his lungs from the pneumonia and this caused a tumor to build up in his lungs. It blocked the airway to his right lung. Kilpatrick spent the entire summer rehabbing and getting healthy at The University of Pennsylvania Hospital.

Kilpatrick had to do therapy on his lungs and get his breathing back to the correct pace. Kilpatrick got back to full strength right before his senior campaign started. Unfortunately for Kilpatrick and the Spartans, the spring season was ended 10 games into the campaign by the COVID-19 pandemic.

Meghan Fox: Fox, from Arlington, Virginia, was a four-year standout for the women's lacrosse program en route to winning the Heathcote Stallman award, given to the college's top senior female athlete.

She is a three-time first-team All-Capital Athletic Conference selection, a two-time first-team NCAA Division III All-American and a three-time D-III All-Region selection. Fox played in 67 games with 65 starts, scoring 229 points on 180 goals and 49 assists. She is second all-time in school history in points and goals. She is first in career game-winning goals (15).

The Central York grad shot 50.3% from the floor, 35.3% from 3-point range and 73.5% from the free throw line. He started all 29 games as the Spartans went 23-6, notching their third straight 20-win season. He was named the CAC Player of the Year, a first-team D-III All-Mid-Atlantic Region pick and a second-team D-III All-American.

Reach Steve Heiser at sheiser@yorkdispatch.com. Information for this story was provided by York College.