The quarterback who led Penn State to an 8-0 start will likely be back under center when the Nittany Lions head to Texas next week. 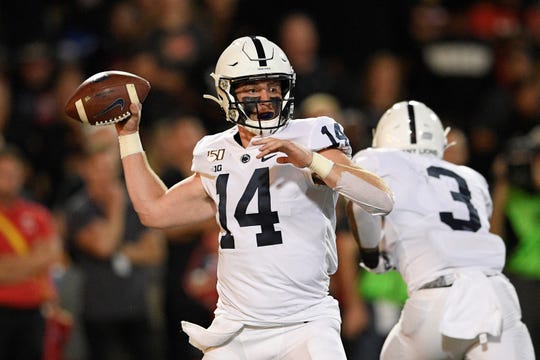 The quarterback who led Penn State to an 8-0 start will likely be back under center when the Nittany Lions head to Texas next week.

The one who limped through November, he hopes, is a distant memory.

Sophomore Sean Clifford said Friday during Penn State’s Cotton Bowl Media Day at Beaver Stadium that he is feeling better after struggling health-wise in November and ceding the start in the season finale against Rutgers to backup Will Levis.

“Near the end the season, I just was not the same,” Clifford said, adding the injury issues started to affect him in the battle of then-unbeatens with Minnesota on Nov. 9. “I guess, endurance wise, my speed was not there.

“It was something that was just kind of wear and tear throughout the whole season that kind of just came back on me. There wasn’t anything I could do about it.”

Neither Clifford or head coach James Franklin disclosed the extent of Clifford’s injury, but suffice to say, it was a leg issue that forced him to the sideline for the rest of the regular season early in the second half of the loss to Ohio State on Nov. 23.

Stifling a promising season: In an offense in which the quarterback is expected to be part of the running game, the injuries stifled both a promising start to the season running the ball for Clifford, as well as his ability to evade some of the better pass rushers in the Big Ten.

He finished the season with 374 yards rushing, but he averaged just 3.9 yards per carry against Minnesota and, two weeks later, was held without a yard on six attempts. After throwing for 340 yards against the

Golden Gophers, Clifford was 21 for 40 for 250 yards combined in the following two games against Indiana and Ohio State.

Franklin confirmed Clifford has been taking more practice reps than Levis, but he stopped far short of saying Clifford was completely past the issues that held him out of the Rutgers game.

“He’s taking most of the reps, but he’s not 100 percent right now,” Franklin said. “But as we anticipated, he’s better right now than he was at the end of the year, if that makes sense.”