Pitt AD Heather Lyke said Wednesday she has proposed to Penn State a four-year agreement to resume the schools' football series in 2026. 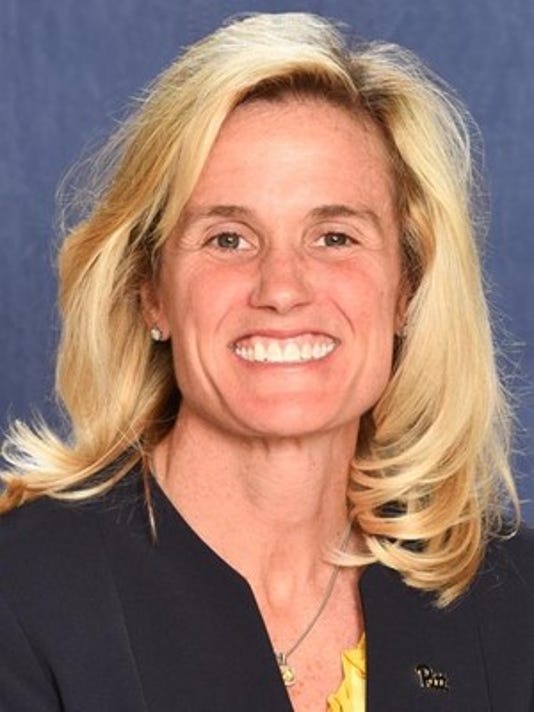 Pitt athletic director Heather Lyke said Wednesday she has proposed to Penn State a four-year agreement to resume the schools' football series in 2026, but she has not received a response from Penn State officials.

And she added Pitt does not plan to wait indefinitely.

"We're going to wait a tad more patiently," Lyke said, "but not much. We can't.

"We have people who want to play us and good opportunities to play what would be a very attractive game.

"But I think out of the respect for Penn State and the opportunity within the Commonwealth, we want to play Penn State. If they don't, we will obviously shift gears."

Lyke said she has been in repeated contact with Penn State athletic director Sandy Barbour on the topic.

"We have an agreement before them, but it has not been signed."

Pitt and Penn State will play Sept. 8 at Heinz Field in the third of a four-game series that was negotiated by former Pitt athletic director Steve Pederson in 2011. The teams have split the first two games, with Pitt winning in 2016 and Penn State prevailing in the rematch last season.

Anna Congdon posted to Instagram in March that the couple was expecting their first child. Barkley said he was excited to be a father to Jada Clare Barkley, who is 20.5-inches tall and 8.4-pounds. She was born at 5:13 p.m, according to a tweet by Penn State football player Amani Oruwariye.

"Words can’t even describe how I feel right now," Barkley said on Instagram. "You are the most beautiful thing I’ve ever seen in my life. Thank God for blessing me with you in my life and into my arms. I pray that I can be the best father to you and help you grow into an amazing woman. I love you so so so much #DaddysLittleGirl Jada Clare Barkley 4.24.18."

The Penn State football standout's week will get busier Thursday when he is selected in the 2018 NFL Draft. He is expected to be a high first-round selection.

Former Penn State safety Marcus Allen said he would be the baby's godfather.

The Centre Daily Times contributed to this report.