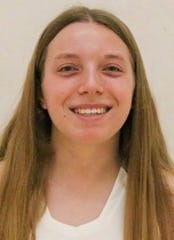 Maybe there's something in the local water system.

Whatever the cause, it's raining 3-pointers for some area NCAA Division III women's basketball players.

Wednesday night, Christian School of York graduate Kendis Butler also enjoyed a record-breaking night, setting Penn State Harrisburg records for points in a game (33) and 3-pointers made (10) in a 100-75 triumph over Gwynedd Mercy.

The 5-foot, 5-inch Butler also had eight rebounds, a pair of assists and a steal. All 24 of her field-goal attempts came from long range.

Thanks largely to Butler's effort, the Lions (3-7) connected on 18 3-balls on the night, besting the previous single-game team mark of 16 set last winter. 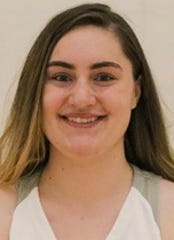 Joining Butler in double figures was Susquehannock grad Anna Mahan. The 5-10 sophomore scored 22 points, all of which came in the second half. Mahan added five rebounds, two assists, a steal and a block. She finished 9 for 17 from the field and 4 for 8 from 3-point range.

Another Susquehannock grad, freshman Jayla Galbreath, connected on three jumpers from beyond the arc to tally nine points. The 5-3 Galbreath also had six assists.

Butler reset the single-game program record when she knocked down her eighth 3-ball of the night late in the third quarter. Butler surpassed the previous single-game scoring mark thanks to her 10th trey of the contest with 1:14 left to play.

The teams combined to shoot 90 total 3-pointers on the night. Gwynedd Mercy (5-7) ranks first nationally in NCAA D-III in 3-point attempts per game, while the Lions rank 13th.