Dallastown High grad Nick Parker battled during his freshman season to earn a chance to pitch in an NCAA Division I baseball elimination game. 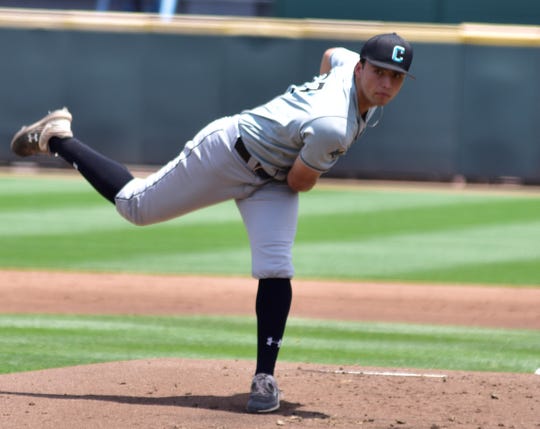 Pitching in the NCAA Division I baseball playoffs was far from Nick Parker’s mind when his freshman season began.

The Dallastown High School product anticipated that his role on the Coastal Carolina team would be small after he struggled once he got on campus in the fall.

“I didn’t think I would have that big of a role,” Parker said. “I figured I would just come in during games that didn’t matter, when we were up by a lot or down by a lot.”

So, when Coastal Carolina faced elimination on Saturday in an NCAA regional game against Florida A&M, how did Parker end up leading the Chanticleers to a 9-4 victory with their season on the line?

How bout this guy? pic.twitter.com/JcimoeEAvP

“He worked himself into that role. He earned it,” Coastal Carolina redshirt junior catcher Kyle Skeels said.

Learning curve: After posting a 13-1 record and a 0.58 ERA with more trophies than he could count during his high school career, Parker thought his success would translate to the Division I level, but quickly learned he was mistaken.

“There was a really big learning curve,” Parker said. “In high school, I only had to worry about maybe one or two guys in a lineup. Coming from a small town like York, you think, ‘I am pretty good.’ Then you get here and everyone else is really good.” 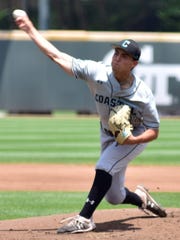 Working with sports psychologist: To overcome his struggles during the fall, Parker worked closely with the team’s sports psychologist, Mike Cruise. Parker focused on controlling his breathing, which allowed him to relax on the mound and get outs.

Coastal Carolina coach Gary Gilmore said this is nothing new for incoming players, who need some help adjusting to the NCAA D-I level where everyone is talented and teams have analytical departments that rival MLB clubs.

“They’ve had nothing but success in their lifetime and they get here, and they get knocked down a little bit,” Gilmore said. “It’s a confidence crusher. They start doubting their ability and it affects how they pitch.”

Injuries pave way for action: Gilmore said the team considered red-shirting the 5-foot-11 Parker to let him develop, but injuries didn’t allow for that.

Skeels said that annually at least one freshman pitcher is called on to produce for the team. This season, Coastal Carolina viewed freshman Jacob Maton as the youngster to step up. But Maton, a 39th-round pick of the Seattle Mariners in the 2018 Major League Baseball Draft suffered an injury and didn’t pitch this season.

Fellow freshman Garrett McDaniels, drafted in the 30th round by the Miami Marlins, struggled in his first year with an 0-3 record and 8.35 ERA.

Finding a way to succeed: Despite the lack of national attention Parker got coming out of high school, Gilmore said Parker found his own way to be successful for a strong program that won a national title just a few years ago, in 2016.

“There are some guys on this pitching staff that have more natural ability than Nick does, but Nick has maximized his ability far closer to the top end than most guys have,” Gilmore said. "That’s a testament to his competitiveness and maturity.”

Thrown to the wolves: Parker got a chance to test that competitive nature right away. Gilmore sent Parker to the mound against five teams — North Carolina, North Carolina State, Clemson, UNC Wilmington and Illinois — that made the NCAA Tournament this year.

“We threw him to the wolves a few times and he responded very well,” Gilmore said. “When you get your opportunity, take advantage of it. And he did.”

Playoff action: Once the Sun Belt Conference Tournament began, Parker really got to work. He picked up the first save of his career after he entered the game with the bases loaded and one out against Texas State on May 23.

Two days later, Parker responded to a text message from pitching coach Drew Thomas saying that he could go one-to-two innings if the team needed him. He ended up pitching four innings and earned his first career win vs. Louisiana-Monroe.

After his success in the conference tournament, Parker’s number was called in the NCAA elimination game against Florida A&M and he showed up again. He started and went five innings, allowing three runs to get the win.

“It was a really cool opportunity to have,” Parker said. “Not a lot of freshmen get that opportunity for such a highly ranked program.”

Bright future: Following a freshman season when Parker went 2-1 with a 6.07 ERA, Gilmore saw a bright future for the ex-Wildcat.

“He can for sure be one of the better pitchers to have played here,” Gilmore said. “He’s shown that he can make a lot of improvements and he doesn't back down from a challenge.”