After needing ninth-inning heroics to prevail on Monday night, the York Revolution wasted no time in putting itself... 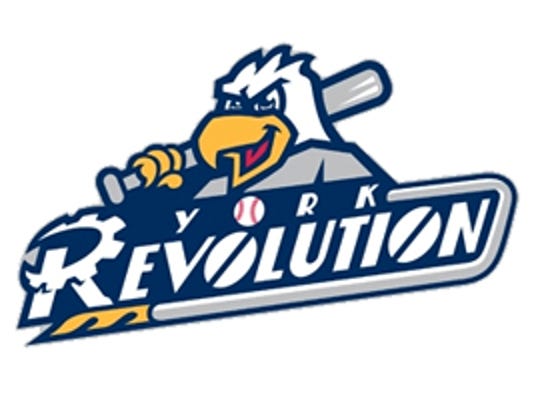 After needing ninth-inning heroics to prevail on Monday night, the York Revolution wasted no time in putting itself in a winning position on Tuesday night.

York (33-24) scored in four of the first six innings, including four runs in the top of the sixth, to shut out the Somerset Patriots, 7-0, at Regency Furniture Stadium.

Andres Perez got the offense started for the Revs, bringing in Eric Patterson from third on a sacrifice fly in the top of the first inning. York extended its lead with single runs in the fourth and fifth innings, first with Brandon Boggs hitting his 12th home run of the year in the fourth, then James Simmons connecting for a solo home run in the fifth, putting the Revs ahead 3-0 after five.

The sixth inning is when York really broke the game open, scoring four times in the inning. The first three batters of the frame reached, with Telvin Nash making it 4-0 Revs with an RBI double. Two hitters later, Luis De La Cruz hit a sacrifice fly to make it 5-0, before Simmons launched his second home run of the game, this one a two-run shot, pushing York's lead to 7-0. The two-home run night pushed Simmons' season total to three.

The offensive support was plenty for Revs starter Cody Scarpetta, who allowed just two hits over six innings, walking four and striking out four to earn his first win with the club. Tony Pena pitch two hitless innings and then Stephen Penney completed the three-hit shutout with a clean ninth inning.

Somerset (32-26) starter Matt Zielinski fell to 7-3 on the year, allowing all seven runs, all earned, on nine hits, a walk and four strikeouts in six innings.

The victory for York pushed its winning streak up to five games, tying a season high, while also moving to a season-high nine games above .500 in the Atlantic League second half. Despite the recent success and late-year playoff push, the Revs still remained 4.5 games back of the Lancaster Barnstormers for first place in the Freedom Division standings. Lancaster also won its fifth consecutive game on Tuesday night, knocking off the Southern Maryland Blue Crabs, 4-2.

York and the Patriots will play the second game of their three-game series on Wednesday night. First pitch is scheduled for 7:05 p.m. at Regency Furniture Stadium.