The surging Vikings club rallied for a 4-3 win over Jefferson on Wednesday evening in Central League baseball action on Chase James' big hit. 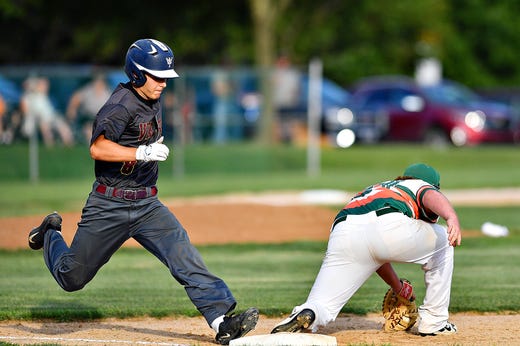 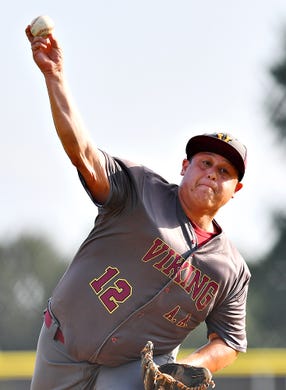 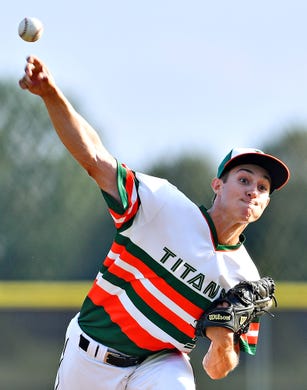 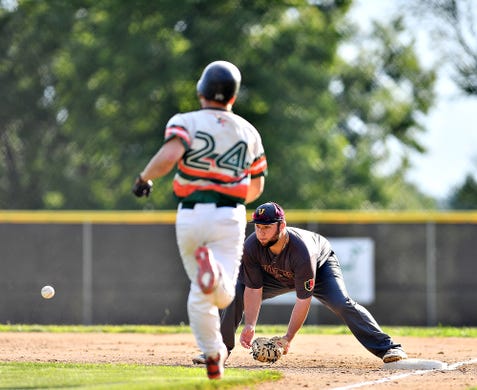 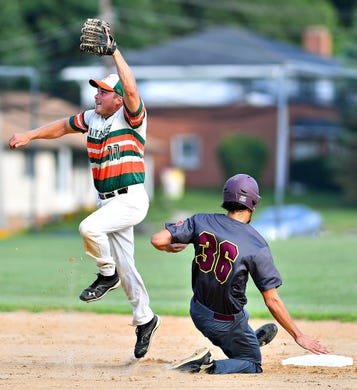 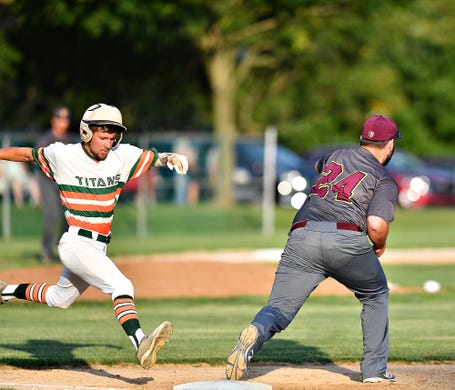 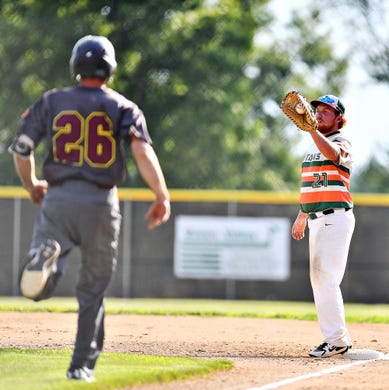 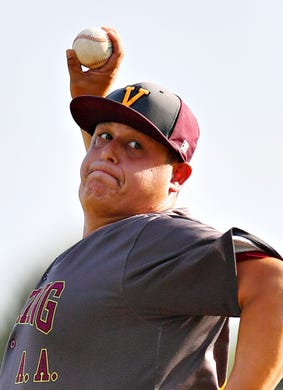 SHILOH – While it is not an official nickname at this time, the Vikings' players like to refer to themselves as the "Shockers."

If they continue their hot play, that moniker may very well stick.

After seeing a 2-0 lead slip away in the top of the sixth inning Wednesday against Central League rival Jefferson, the Vikings stormed back. A two-out, bases-loaded single by Chase James drove in the tying and go-ahead runs, propelling the home team to a 4-3 triumph.

Vikings improved to 15-8 (45 points) on the season to pull within eight points of league-leading Stoverstown (17-5-2, 53 points). The Shiloh-based squad also closed within two points of idle Glen Rock (15-6-2, 47 points) for second place in the standings.

Vikings has won four straight games and 12 of its last 13.

James comes up big: A loss would have likely ended any realistic hopes that Scheivert’s squad had of capturing the Central League regular-season crown. But a gritty, next-man-up mentality that Scheivert has instilled in his club showed up when it needed it most.

After the tying run was thrown out at third for the second out in the bottom of the sixth, Vikings was able to take advantage of the wildness of Jefferson starter Michael Livingston. A single and a walk, the seventh of the night that Livingston issued, brought up James with the game on the line.

Much like he's done all the way back to his high school days at West York, James came through in the clutch. The Vikings center fielder ripped a single up the middle, scoring a pair of runs to put his team on top for good.

For Scheivert, the big hit by James was just another example of his players coming up big when needed.

“Everybody in the lineup has been doing that,” he said. “It really doesn’t matter who I put in the lineup, somebody always seems to be coming up big, whether it’s one of the younger kids or one of the older guys.”

In his sixth season playing for Vikings, James has a really good feeling about where the club is right now.

“We’re a very chippy team,” James said. “We find ways to put up runs without getting a hit sometimes. We find ways to score. Maybe it’s stealing bases, bunting or any of the little things. It’s just any way possible.”

Jefferson finally gets to Rohrbaugh: It didn’t look like Scheivert and his team would need to worry about any comeback for much of the evening. Starter Alex Rohrbaugh was cruising through the first five innings. The right-hander allowed just one hit and two walks as his team built up a 2-0 advantage.

Things started to come off the rails in the top of the sixth, however, for Vikings. With two outs and a runner on third, Rohrbaugh was just one out away from putting another zero on the board. Things turned quickly, however, when Ross Drawbaugh drilled a game-tying triple before Scott Trail clubbed a two-run homer to put the Titans ahead 3-2.

“It’s funny, because on the way over here, Scotty and I were talking about how he has never hit (a home run) here before,” Jefferson skipper Pat Schultz said. “Not even in batting practice.”

Turn around is fair game in the sport of baseball, however, and Vikings was able to scratch out two runs of its own with two outs in the bottom of the frame to earn an important triumph.

Down the stretch: Scheivert’s club, which won two of three against Glen Rock this season, still has big showdowns against Mount Wolf, Jefferson and Stoverstown over the next 10 days.

If the Vikings can stay hot through that stretch, and if Manchester next week, or Mount Wolf in the season finale, or both, can upset the Tigers, the regular-season title could very well still be won by the Shiloh squad.

If that happened, it would certainly be deemed a "Shocker."

The Vikings outfit merged with the Shiloh organization years ago, but success has not been synonymous with either entity over the years. Vikings has never won a CL title while one would have to go all the way back to 1961 to find the last time that Shiloh won one. (Shiloh won another title in 1958 as well).

To do the quick math, that’s 58 years since the last championship. It's a safe bet to assume that no one on the current roster, Scheivert included, was alive back then.

“Yeah, it’s been a while,” said Scheivert, who graduated from West Yorkin 1993.