Vikings went on the road Thursday evening and knocked Glen Rock out of first place in the Central League. Vikings rolled to an 11-1 win. 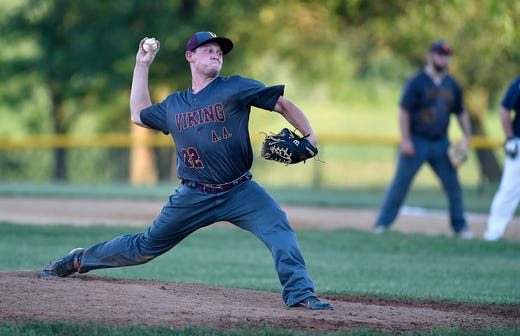 Vikings's second baseman Cole Bixler makes the throw for the double play after getting the force out on Dan Rogers, Thursday, July 18, 2019. John A. Pavoncello photo The York Dispatch
Fullscreen 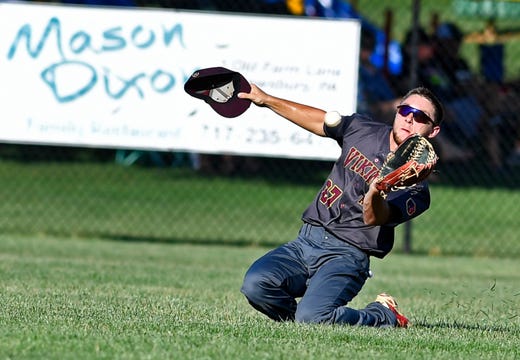 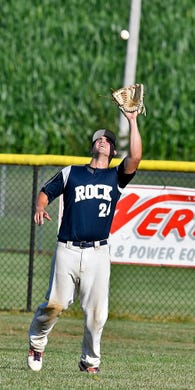 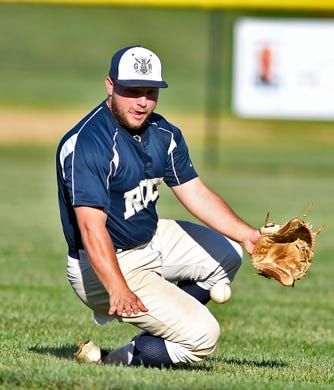 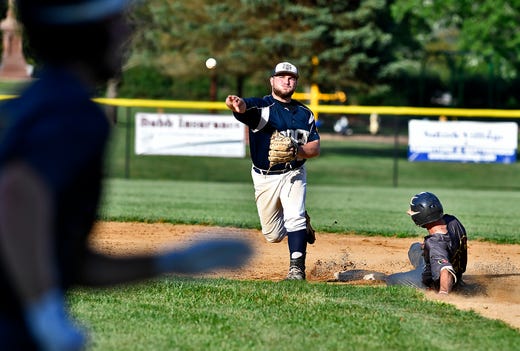 Vikings went on the road Thursday evening and knocked Glen Rock out of first place in the Central League.

The loss dropped Glen Rock out of first place because Stoverstown grabbed a 3-2 win over Jefferson to improve to 16-5-2.

Glen Rock visits Stoverstown on Tuesday in a showdown of league leaders.

Allen Rohrbaugh pitched a complete game for Vikings, allowing only two hits. He struck out five and walked three.

In Stoverstown's victory, the Tigers scored all three runs in the second inning, getting RBIs on a bases-loaded walk, a hit by pitch and a fielder's choice. Stoverstown had just three hits on the night.

Four Stoverstown pitchers combined on a seven-hitter, with Ryan Stinar starting and going 2 2/3 shutout innings. J.C. Bonilla gave up one run in 2 1/3 innings to get the win. Trevor Farrell struck out two hitters in two-thirds of an inning to get the save.

Jon Kibler pitched a complete game for the Titans, striking out eight and walking three.