BASEBALL: The Dallastown Wildcats sewed up their third-straight outright York-Adams Division I title on Tuesday with a 4-0 triumph at South Western. 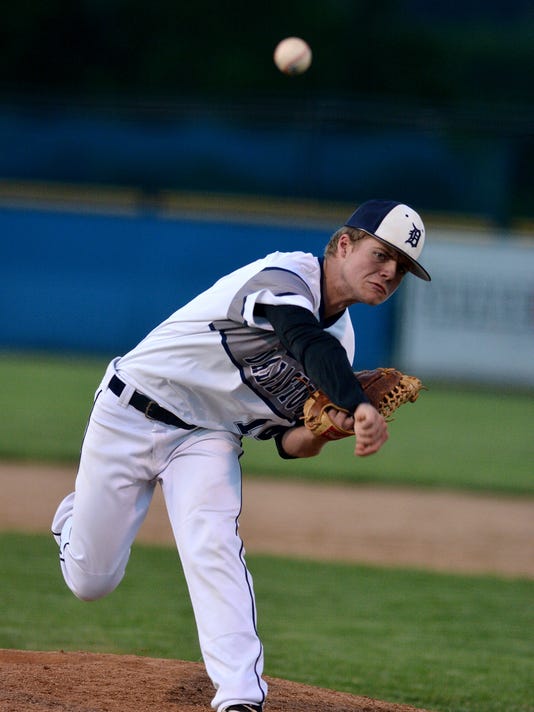 The Dallastown Wildcats sewed up their third-straight outright York-Adams Division I baseball championship on Tuesday afternoon with a 4-0 triumph at South Western.

Alex Weakland and Morgan Smith combined on a two-hit shutout.

Weakland pitched the first 6 1/3 innings until he hit his pitch count and had to be removed. He struck out six. Smith then finished up.

Peter Capobianco had two hits, including a double, and an RBI to lead Dallastown's offense, which plated three runs in the fourth to break open a 0-0 game.

Dallastown improved to 16-3 overall land finished 13-2 in the division, a game clear of rival Red Lion, which finished 12-3.

York Catholic's Evan Tanner applies a tag, picking off Eastern's Evan Rishell, who tried to advance to third after an infield out during baseball action at Catholic Tuesday, May 8, 2018. Bill Kalina photo The York Dispatch
Fullscreen

Eastern's Bren Taylor gets back to first on a pick-off attempt with Catholic first baseman Nick DeMarco covering during baseball action at Catholic Tuesday, May 8, 2018. Bill Kalina photo The York Dispatch
Fullscreen

Shippensburg 9, Spring Grove 4: At Shippensburg, Dylan Shaffer had two hits, including a double, in a losing cause for the Rockets.