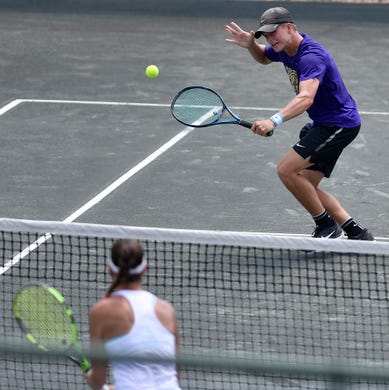 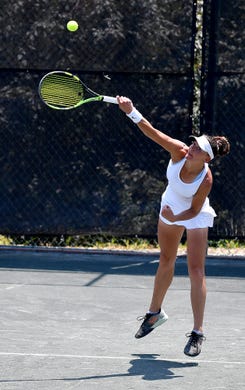 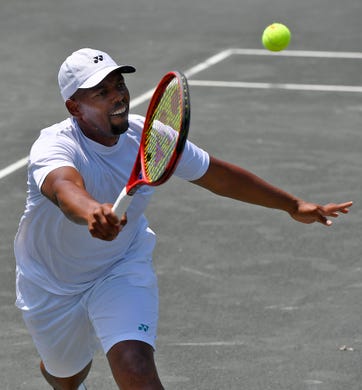 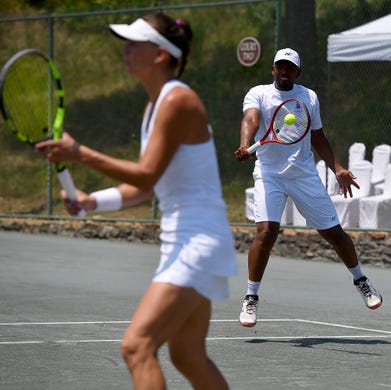 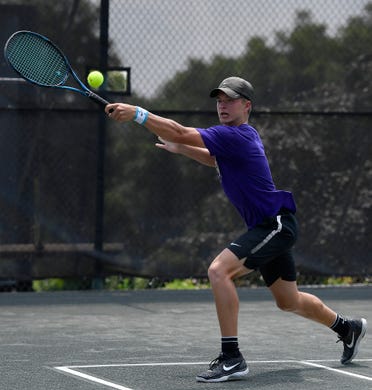 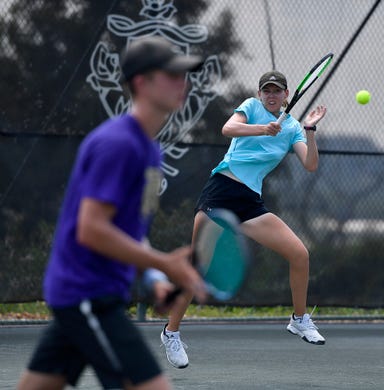 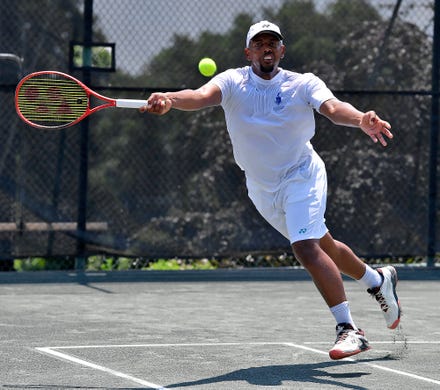 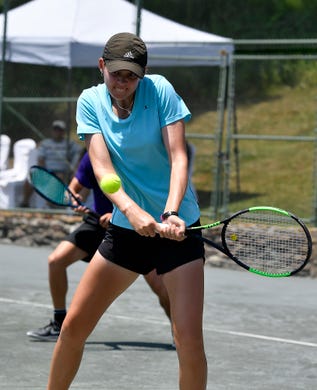 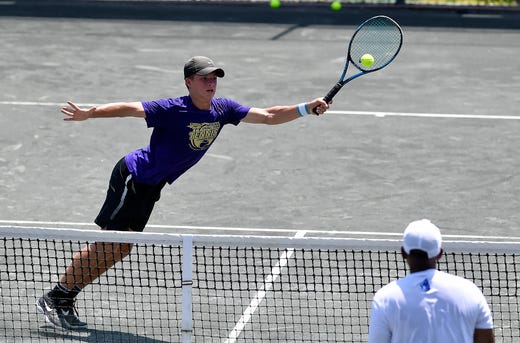 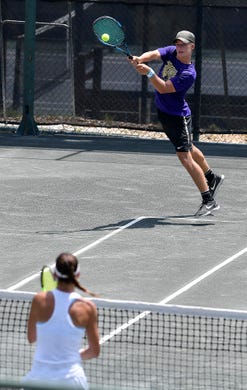 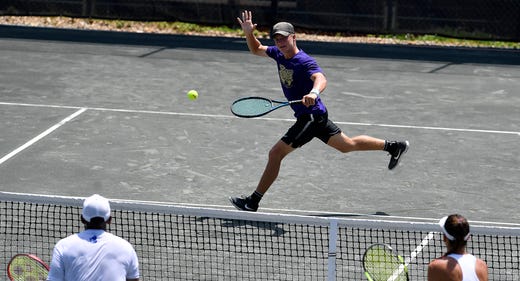 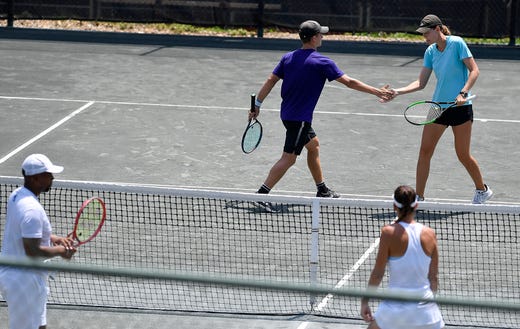 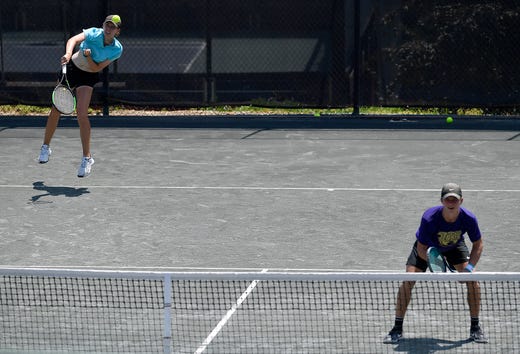 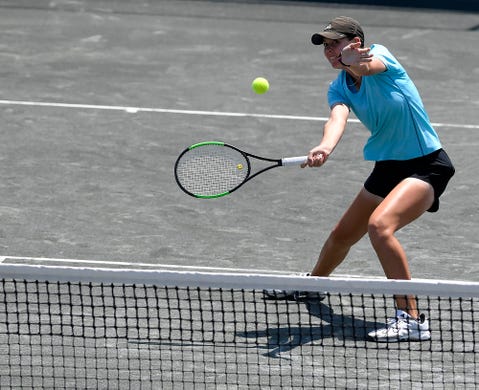 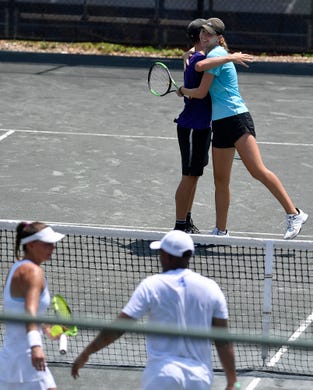 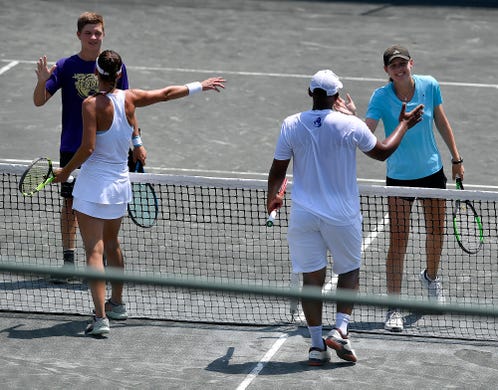 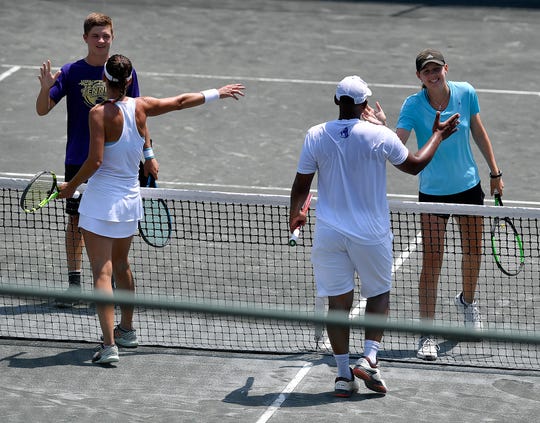 It didn’t take Holden Koons long to find a new partner for the Mixed-Doubles Charity Classic at the Country Club of York.

After learning that former York Suburban standout Laura Glitz, his teammate from last year’s tournament, would be unavailable this time around, Koons sought to play with someone he met last summer with his tennis training team down in Baltimore.

That someone was none other than Elizabeth Scotty of Annapolis, Maryland.

Scotty, who will be a senior this fall in high school, is the No. 1 ranked girl at her grade level according to tennisrecruiting.net. She is also a University of North Carolina recruit.

“I knew that if I could get her that we could probably win this thing,” Koons said. “And obviously it worked out.”

Koons and Scotty held true to Koons’ words this weekend. The No. 3 seed in the 16-team draw cruised to the title.

The draw, however, was far from easy. After defeating the No. 2-seeded team of Brianna Shvets and Ilia Shatashvili in the semifinals, the Scotty/Koons tandem bested the defending champs and top-seeded pairing of Punch Maleka and Charlotte Sikora, 6-1, 6-2.

“They were tough,” Koons said of Maleka and Sikora, who had teamed to win three of the last four Mixed Doubles Charity Classic titles at CCY. Maleka also won the title with Delia Mask when Sikora was sidelined with an injury.

While Maleka, who is originally from South Africa, and Sikora, a native of France, have played and won together many times before, it was the first time that Koons and Scotty teamed up.

“As long as we don’t both have tournaments going on and the scheduling works out we’ll be back,” Koons said.

The experience was both fun and exciting for Scotty and Koons. This weekend’s tournament was only the second-ever mixed-doubles competition in which Scotty had participated. For Koons, a James Madison recruit and recent Dallastown High School graduate, it marked the first time in his three years in the event that he was able to play with a younger partner.

“We know each other’s games from training together,” Koons said. “I knew that I could allow her to hit more from the back, as she’s very good on returns and with her ground strokes. It was just very easy to let her do her thing.”

Scotty certainly enjoyed having Koons as her partner, too.

“He plays great at the net,” Scotty said. “Our styles played well together.”

While winning was great for both players, being able to participate in the event, which figures to equal or eclipse the $65,000 raised for the York Opioid Collaborative from last year’s tournament, was fun for both Scotty and Koons.

“Being able to compete against people who want to be out here was a lot of fun,” Scotty said.

“And everyone is out here to have fun,” Koons added. “It’s not like everyone out here is just cutthroat, but it was for money, so people are here to try to win it.”

Notes: Mark Koons, who is Holden’s father as well as the tennis pro at CCY, was pleased with how the event turned out. Despite the high heat and humidity over the weekend, a large number of fans and members turned out at the Country Club of York to watch the action.

“It was great,” Mark Koons said. “I think we had a fantastic turnout from the community. We’ve had great crowds here both days. And they got to see some very high-level tennis. I’d probably say that it was the deepest and most talented draw that we’ve had of the five years running the event.”

Mark Koons also pointed out that York’s own Jenni Goodling came out of retirement to play in the event. In her younger days, Goodling competed in all four professional Grand Slam events — Australian Open, French Open, Wimbledon and U.S. Open — in doubles. She was also an NCAA Division I All-American for Rollins College.

“She played a match (Saturday) and it actually lasted for 4 hours and 20 minutes,” he said. “It was probably decades since she last played a competitive match so that was exciting to see.”

Goodling and her partner, Sean Kelleher, dropped their first-round match against the team of Sarah Huah and Steven Wu.