Five of Northeastern's seven starters on the tennis team also play for the soccer team. The "athletic" squad is 14-1 on the season. 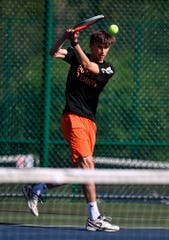 All sports require different athletic traits to be successful.

In tennis, most good players are strong, coordinated and agile.

With tennis not being one of the most popular sports, such as football or basketball, local coaches are often converting players from other sports. Simply put, they hope to turn athletic kids into good tennis players.

For Northeastern, that strategy is working to near perfection. The Bobcats are enjoying the best tennis season in school history. Leading the Bobcats are five of seven starters who are now, or have been, on the school’s soccer team.

“Most of my kids are soccer kids, so they’re very athletic” said Northeastern head coach Tim Law. “Soccer is just a great advantage, because they can already fly, so then it becomes about keeping the ball on the court. There’s so much growth when you have an athletic kid with a desire.”

Northeastern ended its regular season at 14-1 and No. 3 in the District 3 Class 3-A power ratings after a 5-0 win over Susquehannock on Monday. 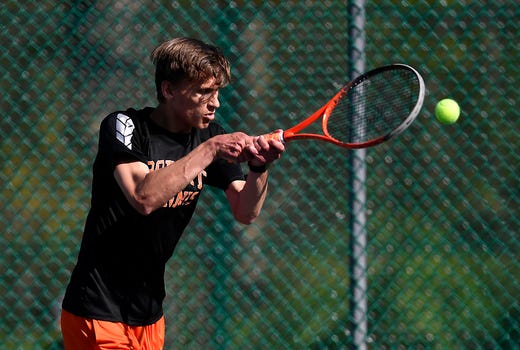 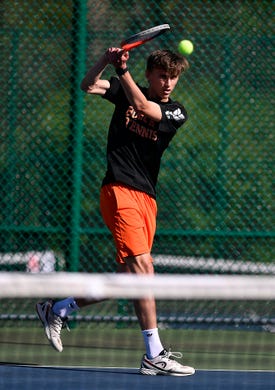 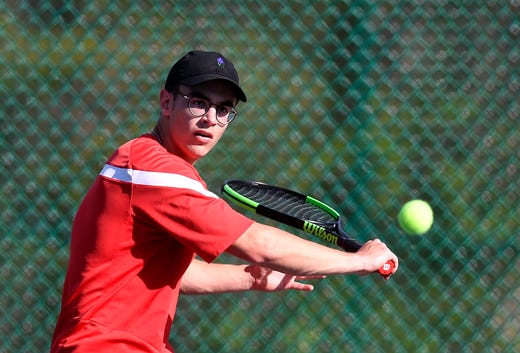 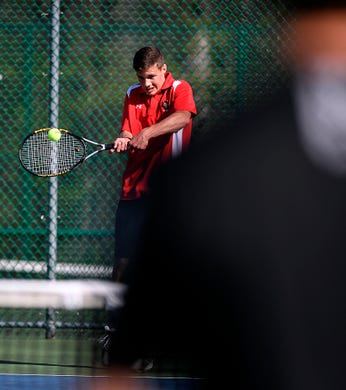 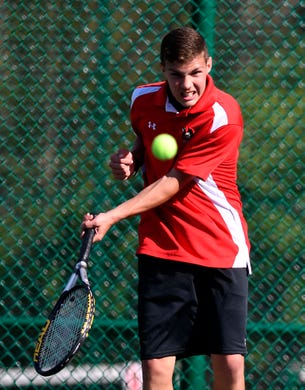 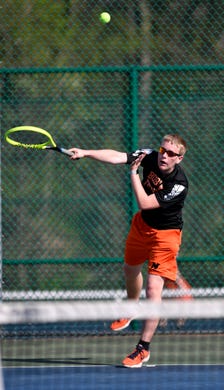 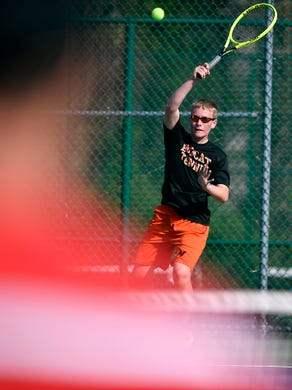 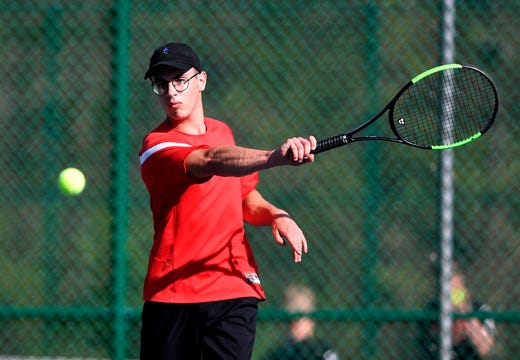 No. 1 singles player Joshua Sanderson said playing soccer is a part of the team’s success.

“A lot of our kids on the tennis team are soccer players, so we have that athletic ability and speed to get to the ball,” Sanderson said. “We’ve been working hard each day at practice to improve our form.” 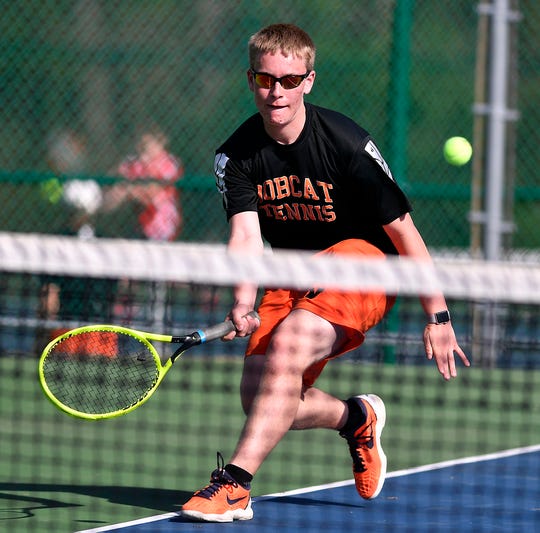 Program turnaround: Northeastern isn’t traditionally one of the top tennis teams in the York-Adams League. In fact, they used to be one of the worst, with a number of winless seasons in the program’s history.

Law, who coached girls’ tennis for more than 20 years in New York before moving to York County, took over in 2016, when Sanderson and the rest of the senior class were freshmen. The Bobcats went 4-7 that season, and since then, the squad has made the District 3 playoffs in three straight seasons, with a 10-2 finish in 2017 and a 9-3 campaign in 2018.

“The culture and team harmony are fantastic,” said Law, who is a former York Catholic assistant when his daughter, Shannon, won the county championship in 1995. “These guys all get together really well. They’ve really bought into the culture. I cannot wait to get on the courts every day with these guys, because they’re so much fun.”

Alongside Sanderson as Northeastern’s singles players are No. 2 Lance Fries and No. 3 Tony Damian. The No. 1 doubles team is Haydne Golden and Ryan McElwain, while Sam Sidle and Erick Sowers team up for No. 2 doubles. Fries used to play soccer at Northeastern, while Damian, Sidle and McElwain still do.

Law said the main reason for the program’s improvement is his players’ willingness to play “year-'round.”

“I tell them they don’t have to play four hours a day, but going out a few days a week for an hour a time can really improve your game,” Law said. “A big part of the game is just getting used to the bounce of the ball.”

About Sanderson: Sanderson, who started playing tennis at a young age, has been Northeastern’s top singles player since his freshman season. Since then, the senior said he’s improved on his technique.

Law said Sanderson is “the best of both worlds” as a coach.

“He’s a natural, but he works hard too,” Law said. “He’s got that fire inside, and he’s got a lot of ability. He’s been a pleasure to coach.”

Looking ahead to districts: With Dallastown, which handed Northeastern its lone loss, and Hershey likely on a path to a rematch in the District 3 3-A finals, Law said Northeastern’s goal for the playoffs should be to “match our seed.” He added that will be difficult with “tradition-rich” programs such as Cumberland Valley, Cedar Crest and Lower Dauphin also likely in the bracket.

Sanderson said his only focus when it comes to the district playoffs is the first-round match. The Bobcats have lost in the first round in each of the last two seasons.

“I think the goal is to get past the first round,” Sanderson said. “Then we can focus on the matches after that when we get there.”

Spring Grove 3, Littlestown 2: At Littlestown, the Rockets received a singles three-set victory from Graham Pantalone, while teammates Nicholas Etter and Logan Covington combined to win the No. 1 doubles match and Joseph Kelly and Cameron Gutshall won the No. 2 doubles match by forfeit.