Red Lion earned its first state bid in history last season, and seniors C.J. Czerwinski and Cole Daugherty expect the team to build off that success. 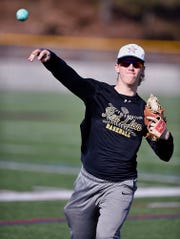 The Red Lion High School baseball team had one of its best seasons in school history last year.

The Lions played in the District 3 Class 6-A title game, advanced to the state tournament and won a PIAA playoff game, all of which were firsts for the program.

“Last year was an historic season for us,” head coach Kevin Lawrence said of the 17-8 campaign.

The seven seniors from last year’s squad went out as the group that led the Lions to arguably their most successful season since 1991, which is the last time Red Lion won the league championship.

The top players who remain, however, aren't focusing on the important wins from last season.

Instead, senior pitcher C.J. Czerwinski and senior shortstop Cole Daugherty said they're still hung up on the Lions’ loss to South Western, which cost Red Lion the York-Adams League Division I title to rival Dallastown.

“We ended up choking late,” said Daugherty about the 2-1 loss to South Western. “This year, we’re hoping to get another banner, first time since 1991.” 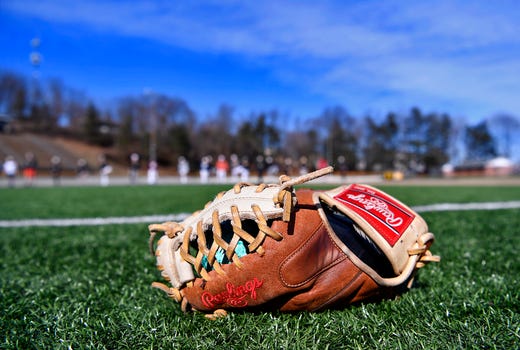 The Red Lion Area High School baseball team gets outside for a practice, Monday, March 11, 2019 John A. Pavoncello photo The York Dispatch
Fullscreen 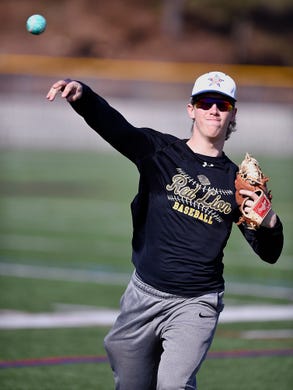 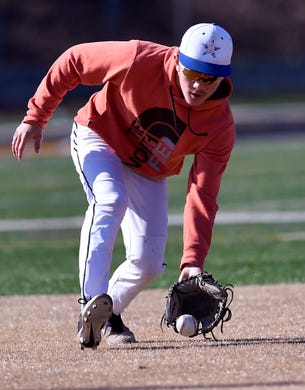 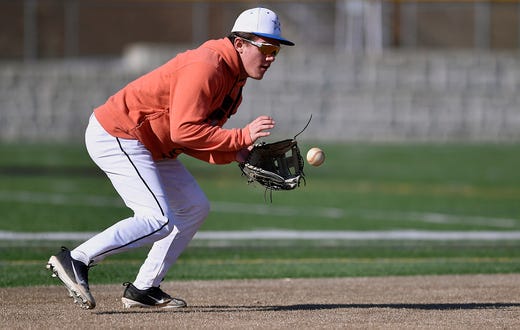 “Good,” Lawrence said when told that the loss still stung for his top players. “To hear them say that one stings a little bit, I’m glad to hear that, because that wasn’t a game we should have lost. South Western played well, but we weren’t dialed in.”

Turf-field advantage: Last week, every York-Adams League baseball team was stuck inside because of the weather. This week, some teams may be able to go outside in some capacity, but the Lions were able to practice in full on Monday because they're the only team in the league with an artificial turf baseball field.

“I think it definitely gives us an advantage over other schools,” Daugherty said. “Most schools definitely are not out right now, at least not in the infield. Getting these reps in early helps.” 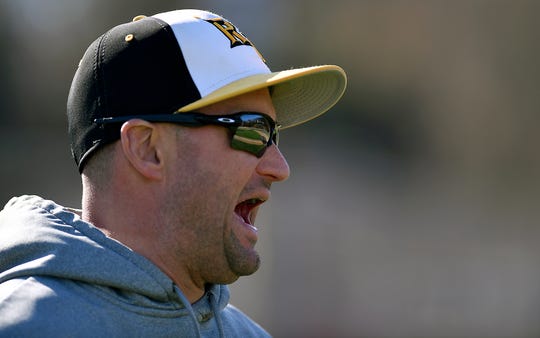 Last year’s senior class: Lawrence said it won’t be easy to replace last year’s senior class. Six of last year’s seven seniors started and four are currently playing baseball in college. That list is headlined by senior pitcher Tyler Burchett, whose low-90s fastball earned him a scholarship to the University of Kentucky. The 6-foot, 6-inch, right-hander posted a 0.83 earned-run average and 85 strikeouts in 59 innings.

Lions’ pitching staff: Czerwinski, a 5-foot, 11-inch, right-handed pitcher will step in for Burchett as the Lions' No. 1 starter. As the team’s No. 2 last season, Czerwinski, a College of Charleston commit, had a 2.62 ERA and 50 strikeouts in 37 1/3 innings. “Last year, (Czerwinski) would’ve been a No. 1 anywhere in the league,” Lawrence said. “His curveball is really sharp. He’s gotten guys out for the last two years by commanding his fastball … and his curveball is a pitch he can throw in any count.”

Czerwinski said already committing to an NCAA Division I program has relieved him of the extra pressure of having scouts in the stands.

"I've had that weight lifted off my shoulders the whole school year, knowing where I'm going after the season ends," Czerwinski said.

Daugherty said the team is always confident when Czerwinski, who also starts in the outfield, is on the mound.

“When we’re behind C.J., we always know that he’s going to get the job done,” Daugherty said. “He’s a great pitcher, probably the best in the county.”

Lawrence said seniors Nate Hodgkinson and Sean Glatfelter will be the team’s other main pitchers. Last season Hodgkinson posted a 2.94 ERA and 30 strikeouts in 33 1/3 innings, while Glatfelter had a 2.03 ERA and 34 punch outs in 31 innings.

Red Lion’s lineup: Lawrence doesn’t know how his lineup with shake out yet, though he is sure that Daugherty will hit in the middle of the order, likely in the No. 3 hole. 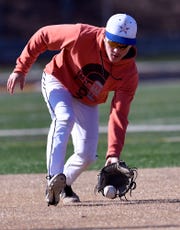 “He’s just a really good hitter,” Lawrence said. “He’s not a big swing-and-miss guy, but he can still power the ball to the gaps.”

Lawrence, when asked to name players he expects to contribute with their bats this season, added catcher Channing Bratton, Hodgkinson (who plays first base when he isn’t pitching) and Glatfelter (who plays infield when he isn’t on the mound).