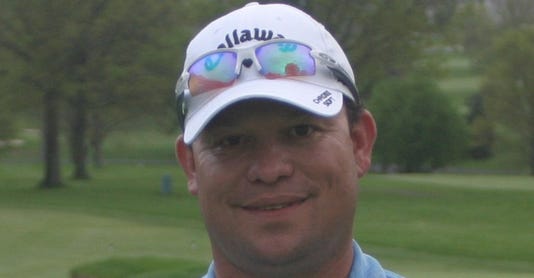 The ODCC pro captured the title at Deerwood Country Club in Westhampton, New Jersey, on Tuesday.

He finished one shot ahead of three other golfers — Michael Little of Lookaway Golf Club, Andrew Turner of Sunnybrook Golf Club and Eric Kennedy of Overbrook Golf Club. In all, 23 golfers shot in the 60s.

Terry Hertzog of Country Club of York tied for 48th with a 73.

After pars on his first three holes, Swartz notched a birdie on the par-3 fourth hole to gain momentum. Swartz added two more birdies on the outward nine to make the turn at 3-under. Swartz also added three birdies on the back nine for a total of six. He was also one of only two players to play bogey-free golf.

“I have been practicing my irons the last couple of weeks in preparation for next week’s (97th Philadelphia PGA Professional Championship at Concord Country Club),” Swartz said in a news release from the Philadelphia PGA. “It is always nice to get a win considering the caliber of players we have in our section. This will definitely give me some confidence heading into Concord CC and the championship.”

The Delaware Valley Open was held nearly four months after its original date and drew a field of nearly 80 players. The event was rained out on the orginal date.