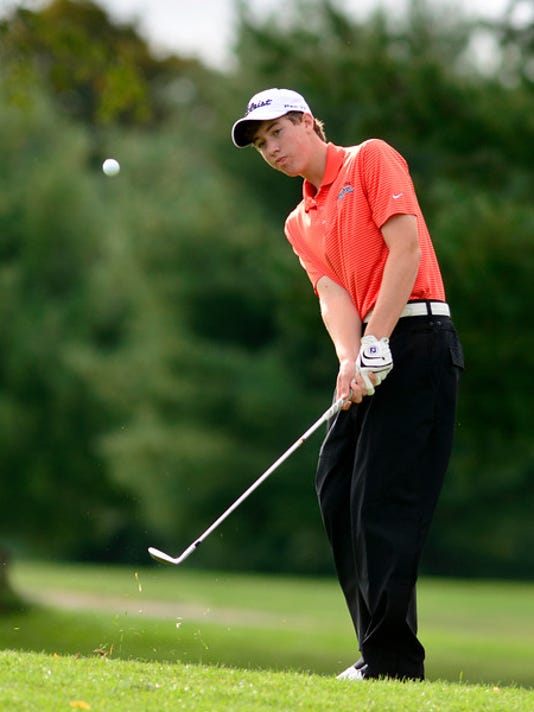 Joe Parrini is enjoying a standout spring on the golf course.

The Central York High School standout fired the day's low round, a 1-under-par 71 on Sunday, to help his Out Door Country Club team to a victory in the York County Amateur Golf Association Interclub Tournament.

The ODCC team finished with a 368 total, which was six shots better than Heritage Hills.

Under the Interclub format, each YCAGA club team has six players. The team score includes the four best individual scores, plus the better ball score of the six. Out Door had a better-ball score of 62.

Honey Run and a second team from Heritage Hills tied for third at 376, while South Hills was fifth at 378.

The next lowest individual score after Parrini was an even-par 72 by Heritage Hills' Scott Dobak, followed by 1-over 73s, fired by Steve Goodley, also of Heritage Hills, Bob Ruby of Honey Run and Andrew Forjan of Grandview. Minkin was next with his 74, while Matt Henry of South Hills and Eric Helwig of Hanover Country Club fired 75s.

Raborg takes HCC senior crown: Mike Raborg won the Hanover Country Club Senior Championship over the weekend with a two-day total of 158 on rounds of 81 and 77.