LANCASTER — While the York County team in the annual War of the Roses golf event felt a little disappointed... 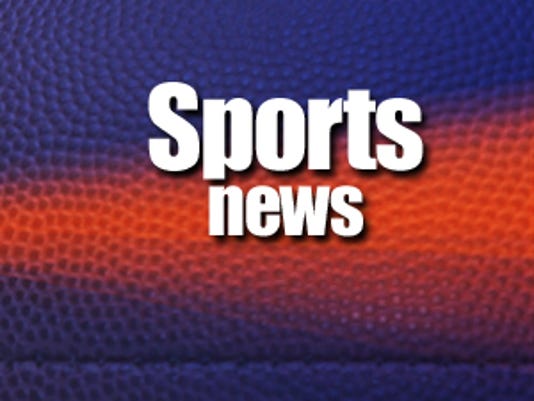 LANCASTER — While the York County team in the annual War of the Roses golf event felt a little disappointed after Saturday's first round, the White Rose team was still cautiously optimistic heading into the second and final day of the tournament Sunday at Meadia Heights Golf Club.

Trailing the Red Rose club 7-5 after Saturday, the York team felt good with standouts Matt Henry and Bobby Stiffler sandwiching their lineup. While both Henry and Stiffler pulled out comfortable victories Sunday, a few shots here and there ended up costing the White Rose team from capturing the event for a second year in a row.

Lancaster's Craig Kliewer never trailed in his match with Brett Berkheimer en route to a 1-up triumph. The Red Rose team also earned a half-a-point when Ryan Felpel was able to tie up his match with York's Travis Hoffman on the final hole.

"Matt Henry is kind of the vocal leader," Hoffman said. "He's kind of assumed that role. And going into today he and a couple of others guys were kind of glad where we stood because we felt that they kind of had an advantage on that course. It's a little tricky (at Meadia Heights). You have to know where to be because it's very short so length means nothing."

One would think that might be a disadvantage for someone such as Henry, who is one of the longest hitters in York County. Still, Henry was able to play well, downing Bunky Burgess 3&2 from the leadoff spot among Sunday's 12 matches.

Hoffman was having a very good day. He stormed to a three-hole advantage on the front nine. But Felpel was able to slowly work himself back into a match that Hoffman felt he should have won.

"I was up pretty good," Hoffman said. "I was three up through nine and had a short putt on 10 to go four up, but I missed it. The next thing I know, a couple birdies later, and we're all square."

It was a similar story for a couple of highly decorated Yorkers on the day. Scott Knouse and Bob Ruby played well individually but wound up on the short end of the stick in both matches. Knouse was knocked off 5&4 by Andy Zook while Ruby was downed by David Denlinger 3&2.

Knouse was just 1-over par for the day while Ruby was up two after No. 7.

"Bob played Denlinger, who was playing his last amateur event," Hoffman said. "He's turning pro. And Knouse told me that he played somebody that played really, really good."

Henry and Berkheimer earned a half-point in the alternate-shot portion Saturday morning. Henry then teamed up with Ruby in the better ball to claim a full point.

"Henry and Stiffler did their things," Hoffman said. "As good as those guys are in stroke play, they're real tough in match play."

WAR OF THE ROSES

At Meadia Heights in Lancaster