LETTER: Brier is candidate we need and deserve in the 10th Congressional race

After comparing Eugene DePasquale and Tom Brier, I am enthusiastically supporting Tom.

LETTER: Brier is candidate we need and deserve in the 10th Congressional race 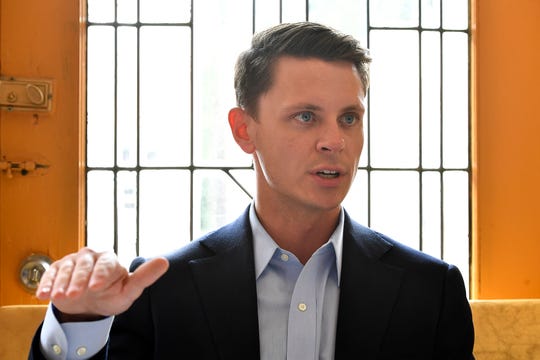 I am writing to share my thoughts on the upcoming primary election. After comparing Eugene DePasquale and Tom Brier, I am enthusiastically supporting Tom. I have lived in York for 30 years. Over that time, I've supported candidates who can be trusted and operate with the utmost integrity. Tom is that person. Eugene, whose political career began in York, is not.

I was shocked to learn how closely Eugene’s voting record as a state representative in the York County-based 95th District mirrors that of Freedom Caucus and right-wing Trump apologist, Scott Perry, who we desperately need to oust this November. Eugene, in the most consequential vote of his career, voted alongside Perry for the unconstitutional, GOP-backed gerrymandering bill that guaranteed Republicans 13 of Pennsylvania's 18 seats in Congress. He stole our right to equal representation in government.

Eugene also agrees with Perry on guns. Our children fear being shot in school, yet Eugene voted alongside Perry for an NRA-backed Stand Your Ground law that allows citizens to use deadly force in public — a law that disproportionately and tragically affects minorities.

It gets worse. While Pennsylvania has the dubious distinction of leading the country in the number of premature deaths caused by air pollution, Eugene supports the expansion of fracking through the building of more petrochemical plants, which are on track to become the single largest polluter in the entire state.

Still not persuaded? Eugene is accused of unlawfully funneling more than $113,000 from his state campaign account for his federal race — a bright-line violation of federal election rules. And he's our state's auditor general, in which his only job is to ensure that state funds are spent ethically. Yet he does not follow the law himself.

On June 2, please join me in voting for Tom Brier, who does not take corporate money and will vote for us for a change. He is what the people of the 10th Congressional District need and deserve — now more than ever before.