Thank you for having the courage to weigh in on the energy subsidies debate—and offering a perspective few are willing to endorse — in “Time’s up for corporate welfare, Exelon.” 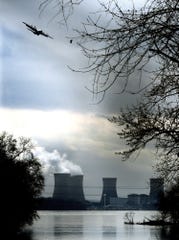 Thank you for having the courage to weigh in on the energy subsidies debate—and offering a perspective few are willing to endorse — in “Time’s up for corporate welfare, Exelon.”

You’re right: Pennsylvanians shouldn’t be fooled by nuclear energy companies asking for $500 million in handouts to create “green jobs.” But this isn’t just a problem in the energy sector.

Pennsylvania’s subsidies for horse racing, sports stadiums, film companies and huge commercial enterprises like Amazon has made us the No. 1 state in the country for corporate welfare. Taxpayers send more than $250 million every year to the horse racing industry alone.

We’re spending almost a billion dollars a year just chumming the waters for some big fish whose promises of job creation rarely materialize.

We’re all happy to bring jobs into our state but paying off big business isn’t the way. Instead, we could enact state tax reform that lowers the burden for all job creators — so businesses want to set up shop here without a bribe. 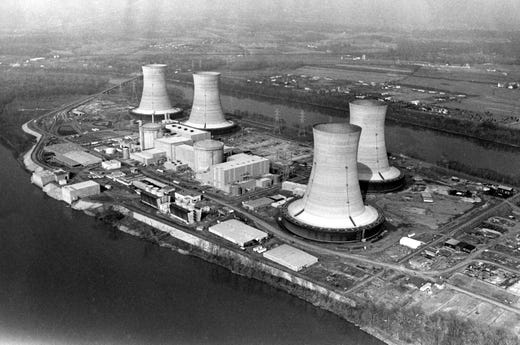 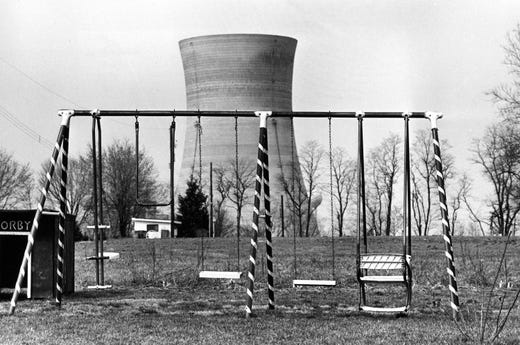 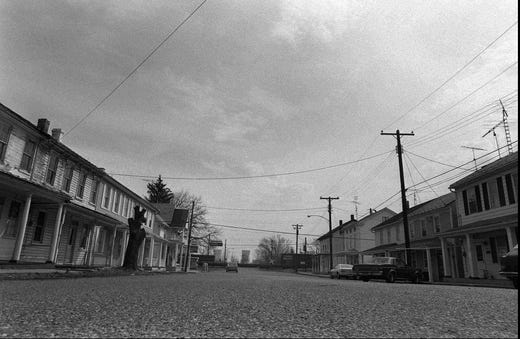 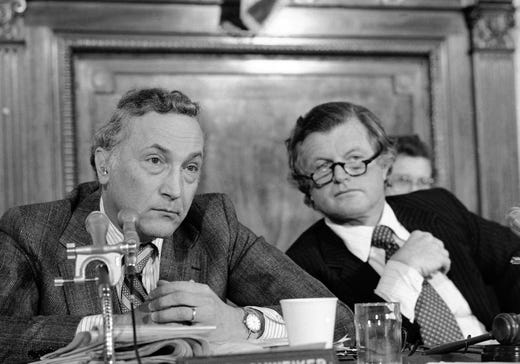 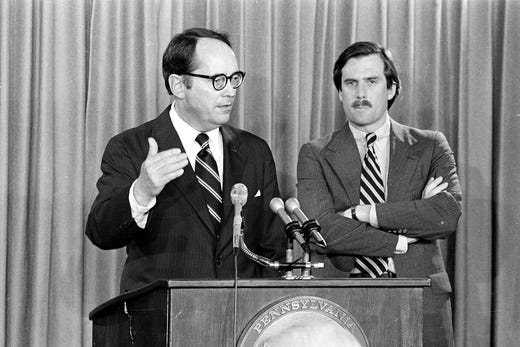 Pennsylvania Governor Dick Thornburgh, left, announces the closing of schools in the area around the Three Mile Island PWR, on March 30, 1979, in Harrisburg, Pa., after an accident at the nuclear power plant led to the release of radioactive gas from the reactor into the atmosphere. The governor advised the evacuation of small children and pregnant women. Standing at right is Lt. Gov. William Scranton. (AP Photo) Anonymous, ASSOCIATED PRESS
Fullscreen 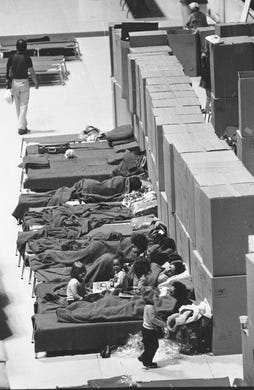 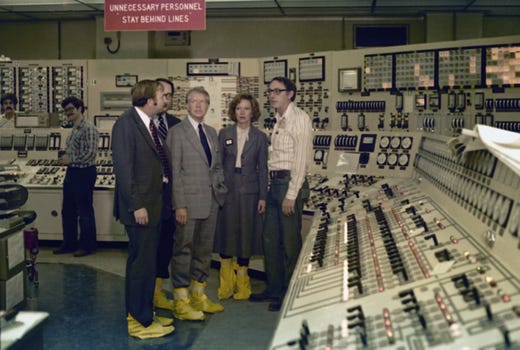 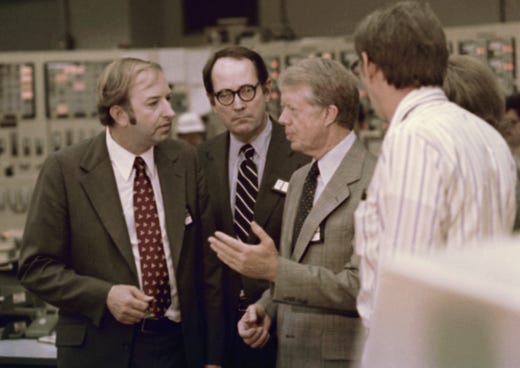 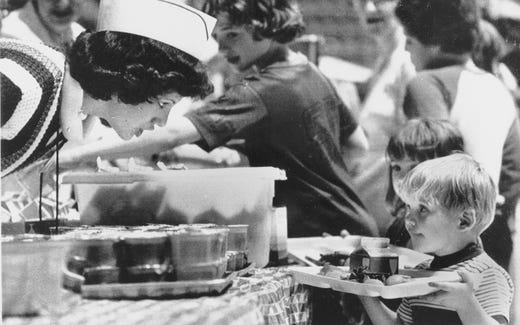 A Red Cross volunteer leans over to make sure a youngster has everything he wants for lunch at the evacuation center in Hershey Park, Pa., April 4, 1979. Expectant mothers and preschool children were asked to remain at the center for those who live within a 5-mile radius of the Three Mile Island nuclear plant. (AP Photo/Rusty Kennedy) Rusty Kennedy, AP
Fullscreen 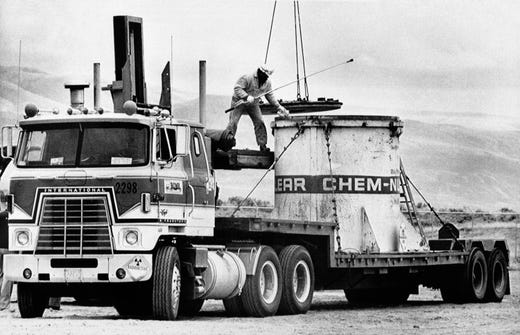 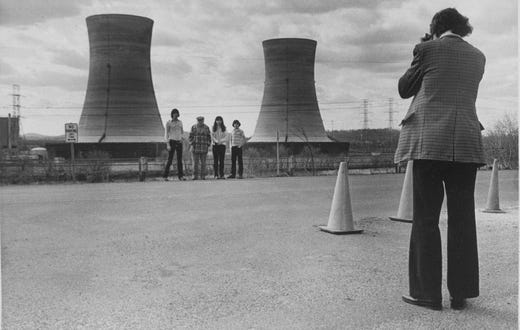 A group of tourists have their photograph taken by a family member as they pose with cooling towers from Three Mile Island nuclear power plant near Middletown, Pa., May 11, 1979. (AP Photo/Fred Prouser) Fred Prouser, AP
Fullscreen 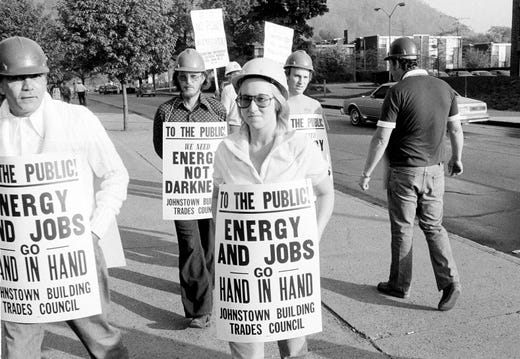 Members of the International Brotherhood of Electrical Workers march in support of nuclear power plants outside the Johnstown War Memorial Arena, May 9, 1979. The annual stockholders' meeting of the General Public Utilities (GPU) is to be held in Johnstown on Wednesday. GPU is the parent company for Metropolitan Edison, the owners of the nuclear plant at Three Mile Island near Harrisburg, Penn. (AP Photo) AP
Fullscreen 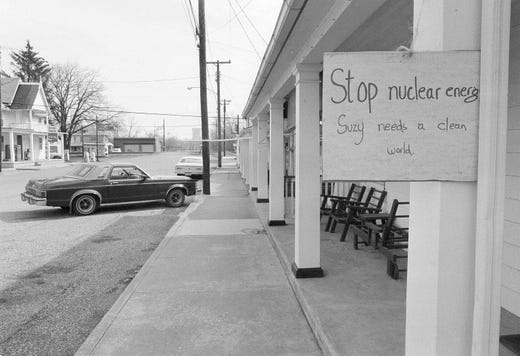 A sign on a building in Goldsboro, Penn, with a deserted street and nuclear plant cooling towers in the background was the scene here, March 31, 1979. Many of the residents within a five-mile area have evacuated. (AP Photo/R.C. Greenawalt) R.C. Greenawalt, AP
Fullscreen 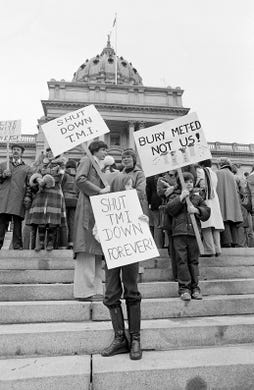 Two mothers along with their children carry signs in front of the State Capitol in Harrisburg, Penn., joining other anti-nuclear power plant demonstrators urging the shut-down of Three Mile Island (TMI) nuclear power plant near Harrisburg, April 8, 1979. The plant had an accident causing radiation to leak into the atmosphere. (AP Photo/Paul Vathis) Paul Vathis, AP
Fullscreen 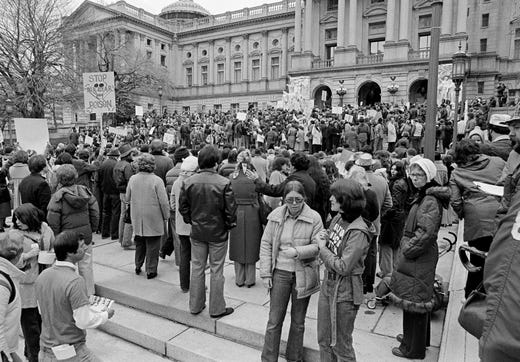 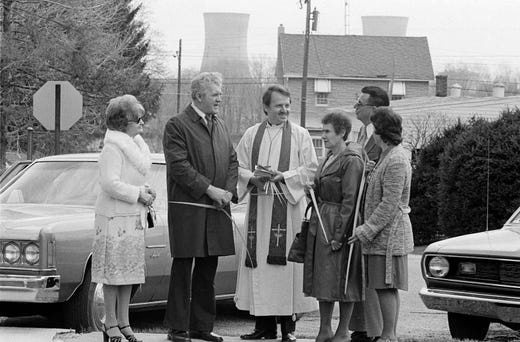