It’s not every day you see property owners raising their hands in response to the question, “do you mind paying a little more in taxes”? 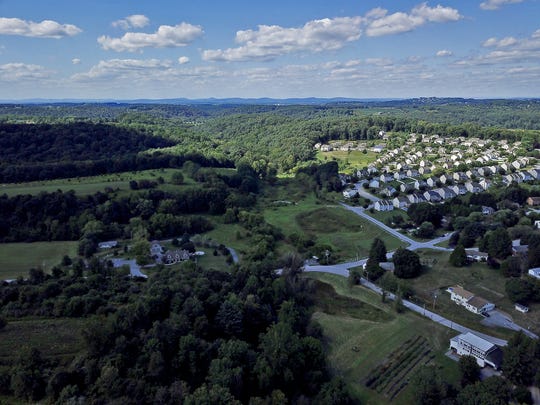 York County is asking for the public's opinion on open spaces and if more land should be protected. Thursday, August 29, 2019. John A. Pavoncello photo (Photo: The York Dispatch)

It’s not every day you see property owners raising their hands in response to the question, “Do you mind paying a little more in taxes”?

But that’s just what happened when the Arthur J. Glatfelter Institute for Public Policy at York College recently conducted a survey for the York County Land Protection Committee.

The survey queried York County residents on the importance of protecting open space, and the results were eye-opening — and, for environmental stewards, heartening. More than three-quarters of the approximately 2,200 respondents said they were willing to pay more in taxes to fund efforts to protect undeveloped land in the county, and 90% said that protecting open space is important for future generations.

The good news is the county already has an aggressive land-protection plan in place. The comprehensive measure calls for protecting some 2,500 acres of undeveloped land annually, with a goal of adding up to 85,000 acres to the county’s protected open space over the next three decades.

The hang up, as always, is money. The county hit land-protection targets for the first few years after passing its Open Space and Greenways Plan in 2006, but the 2009-10 economic downturn diverted funds. The land-protection program has been underfunded ever since.

So, this summer’s survey was undertaken in part to gauge local support. County residents are not only in favor of more robust environmental protections but are willing to put their money where their mouth is. Respondents indicated they would accept an annual tax increase of at least $11 to go toward land protections.

York County residents clearly know a good investment when they see one, because the importance of open space cannot be overstated — particularly in areas like south-central Pennsylvania, where development, manufacturing, shipping, traffic and drilling have done much to degrade environmental conditions.

And with the current presidential administration rolling back environmental protections at every turn, there is no time to spare in pursuing the county’s laudable open-space goals.

York County hasn’t turned its back on environmental protections. The county has still been able to protect more than 1,000 acres a year over the past decade, which is much to its credit, as is the fact that about 12% of county land — some 70,000 acres — is currently protected.

That’s an impressive foundation upon which to build — and this summer’s survey shows county residents are more than willing to put their support, political as well as financial, behind those building efforts.

County leaders — specifically the Board of Commissioners, which will soon be tackling 2020 budget discussions — should waste no time in responding to this public mandate by funding in full their far-reaching and much-needed land protections.