EDITORIAL: Standing against the camps

Even in deep red York County, it isn't hard to find people who will stand against the treatment of immigrants by the Trump administration

EDITORIAL: Standing against the camps 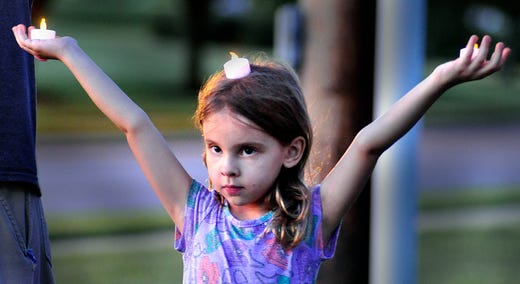 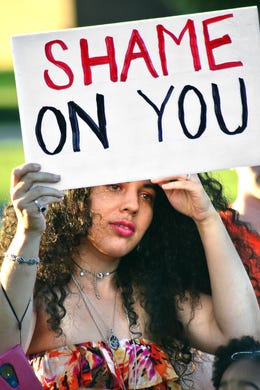 Ikysha Jones was one of many speakers during Friday's mass mobilization against the Trump administration’s human detention camps by participating in Lights for Liberty at York County's ICE Detention Center at York County Prison. (Bil Bowden photo) The York Dispatch
Fullscreen 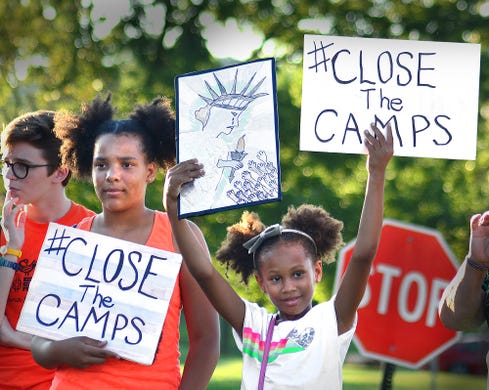 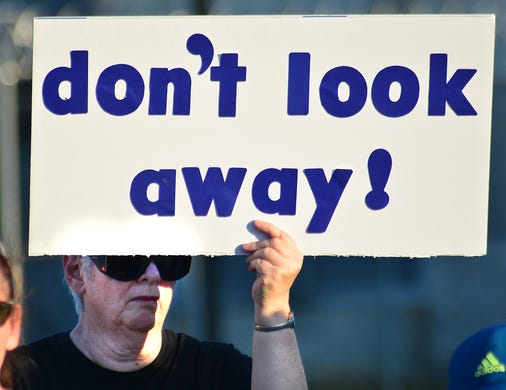 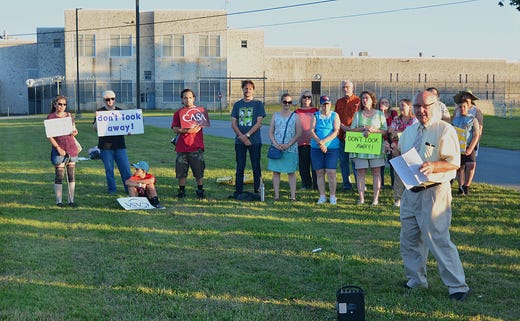 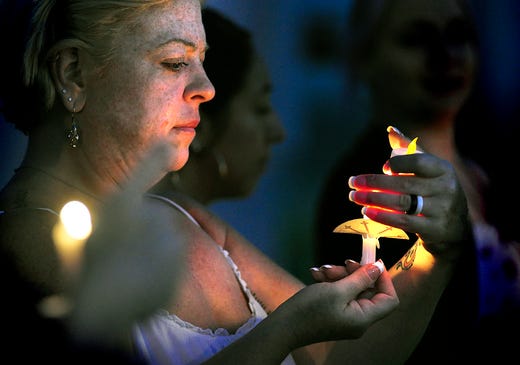 Even in deep red York County, it isn't hard to find people who will stand against the treatment of immigrants by the Trump administration

On July 12, roughly 70 protesters stood outside the Immigration and Customs Enforcement facility at the York County Prison to condemn the conditions at detention camps along the southern border of the United States — especially the conditions faced by children.

The demonstration, organized by regional pro-immigrant advocacy group CASA, was part of a nationwide protest called Lights for Liberty.

Stories from the border camps continue to horrify people of conscience everywhere, no matter what their political affiliations, although some groups do seem to have fewer qualms about treating children, toddlers and even babies as criminals.

Among the continual tidal wave of news from this administration, the stories of men and women being held in cells without enough room to sit down, much less sleep, can get lost as ICE and Customs and Border Patrol argue in court that they are not required to give children in their custody soap and toothbrushes, that giving a child a Mylar blanket and a patch of concrete is enough, that it's acceptable for older children to care for younger children who are sick. 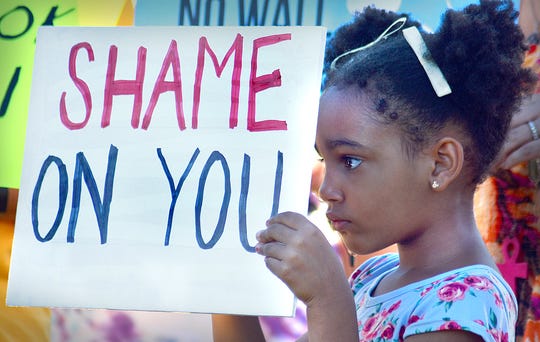 Lights for Liberty brought protesters out at more than 800 facilities across the country and around the world, including the York County Prison, where immigrants are being detained, as well as the Berks Family Residential Center, a site in Berks County where immigrant families are being held.

In York, immigrants and supporters holding signs reading "Never again," "Don't look away" and "Keep families together" spoke about their journeys.

"Even though we live in constant fear, we still work our hardest, providing so much for our country," said Arlette Morales, a Mexican immigrant who came to the U.S. at 2 years old. "This country deserves us. We deserve to be here. ... There is still hope. We will not forget about you. We will keep fighting for you until these chains are broken and you are free."

More than 50,000 people are being held by ICE and more than 20,000 in facilities run by CBP, according to The Atlantic. More than 11,000 children are under the care of the Department of Health and Human Services.

Every citizen of the United States should be concerned about the conditions these fellow human beings are being subjected to daily. Many of them came to the U.S. to flee violence in their native countries, others to seek a better life for themselves and their families. Many are seeking asylum.

Some are even U.S. citizens: Rep. Nannette Barragán, D-Calif., found a woman from Ecuador and her 13-year-old daughter, who was born in New York and has a U.S. passport, being held at a CBP facility in McAllen, Texas. Soon after the congresswoman spoke out about their custody, they were freed.

York County's ICE facility, which holds migrants who have been picked up for overstaying visas, returning to the country after being deported or who have been charged with crimes, is negotiating a new contract with ICE that is expected to be finished by the end of the year. Officials have declined to comment on facility-related matters until then.

An ICE official told The York Dispatch last month — while there were just 13 open beds at the facility — that if it reaches max capacity, "ICE has facilities nationwide that can accommodate detainees."

We've heard about the conditions ICE believes are acceptable, and we stand with the protesters at the York County Prison who say that no, those are not conditions any person should be forced to withstand while in the custody of the U.S. government.

We are glad to see that York County can count these people of conscience among our neighbors.