Twenty years ago this week, The York Dispatch presented a week-long series on the race riots that wracked York City three decades earlier.

Lillie Belle Allen, 27, was the first casualty of the 1969 York race riots, and she left an impression on the hearts of those around her that has weathered a half-century. York Dispatch

Twenty years ago this week, The York Dispatch presented a week-long series on the race riots that wracked York City three decades earlier.

It was hardly the first anniversary coverage we’d done. We reported on the 10th, the 25th – it’s what journalists do: At milestones we re-examine an important moment in history, from a new perspective, and ask what has changed, for better or worse, since then.

Prior to 1999, every report on the riots inevitably ended the same: “… and the killers of Lillie Belle Allen and Henry Schaad were never brought to justice.”

But that year was different.

A reporter noticed that investigators claimed to know the names of the many people who fired on Schaad, a white rookie police officer, and Allen, a young, black mother of two, but they could never determine whose shots proved fatal. 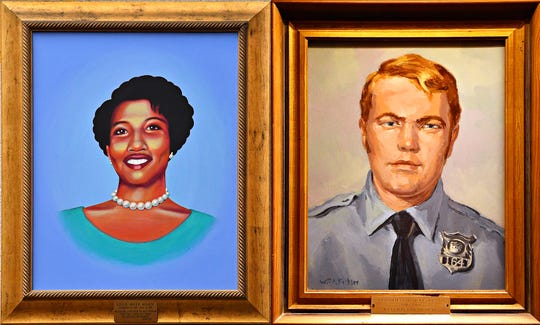 Yet by the late 1990s, the York County District Attorney’s Office had successfully prosecuted cases where groups of people fired, resulting in deaths. Prosecutors didn’t attempt to prove whose bullets killed the victims; they simply showed multiple suspects shot, with an intent to kill, and people died.

Could that same legal theory work for a 30-year-old case?

Why, it just might, a prosecutor told us, adding he’d have to explore it more.

Within a year, a grand jury was hearing testimony. By 2003, 10 men had been arrested for Allen’s murder. Two were convicted and seven pleaded guilty. That same year, a jury found two men guilty of killing Schaad, and another later pleaded guilty.

More: 'History does not repeat itself; people repeat history'

More: FROM THE ARCHIVES: Fear and fury — Remembering the riots of 1969 on 30th anniversary

In 2001, York County’s movers and shakers sent a letter to the editor citing "grave concern" and urging The York Dispatch to stop reporting on the race-riots murders.

"This newspaper obsession with the 1969 events has a long and infamous history,” it read. “Every summer the community has been subjected to the annual pot-stirring with the resultant fertilization of the seeds of social unrest."

That’s to their shame, and we suspect many of them regret signing their name to it. It only would have taken a second to put themselves in the shoes of Allen’s and Schaad’s families.

Now here we are at 50 years from that fateful summer, and we don’t have the powers that be taking us to task. Today, we have internet trolls repeating the same words: Stop stirring the pot.

Sorry, but that pot’s not done, and we’ll keep cooking as long as it takes.

Five decades is a long time, and one might think by now we’ve worked through the issues that caused the racial strife. One would be wrong.

Sure, some progress has been made, but it has come at a “snail’s pace,” according to one witness to York's summer of rage.

Too many young, black, innocent men are dying in encounters with police. Black people are being harassed for simply living the lives we all want to live.

We actually are at time when the president of the United States tweets racist bile, and York County’s two congressmen can’t find the backbone to condemn it.

Lillie Belle Allen’s sister, Jennie Settles, explained best why we must take time to examine the past:

“Because it’s part of what’s happening today,” she said. “Still. In the 21st century, people still have that hatred. Still have that prejudice. I look at what’s going on now with a lot of minorities. Jews, blacks, Muslims, immigrants. They’re going through the same things that we were going through in the riots. Shooting up schools, bombings. Police shootings.

“What’s going to make it change?”